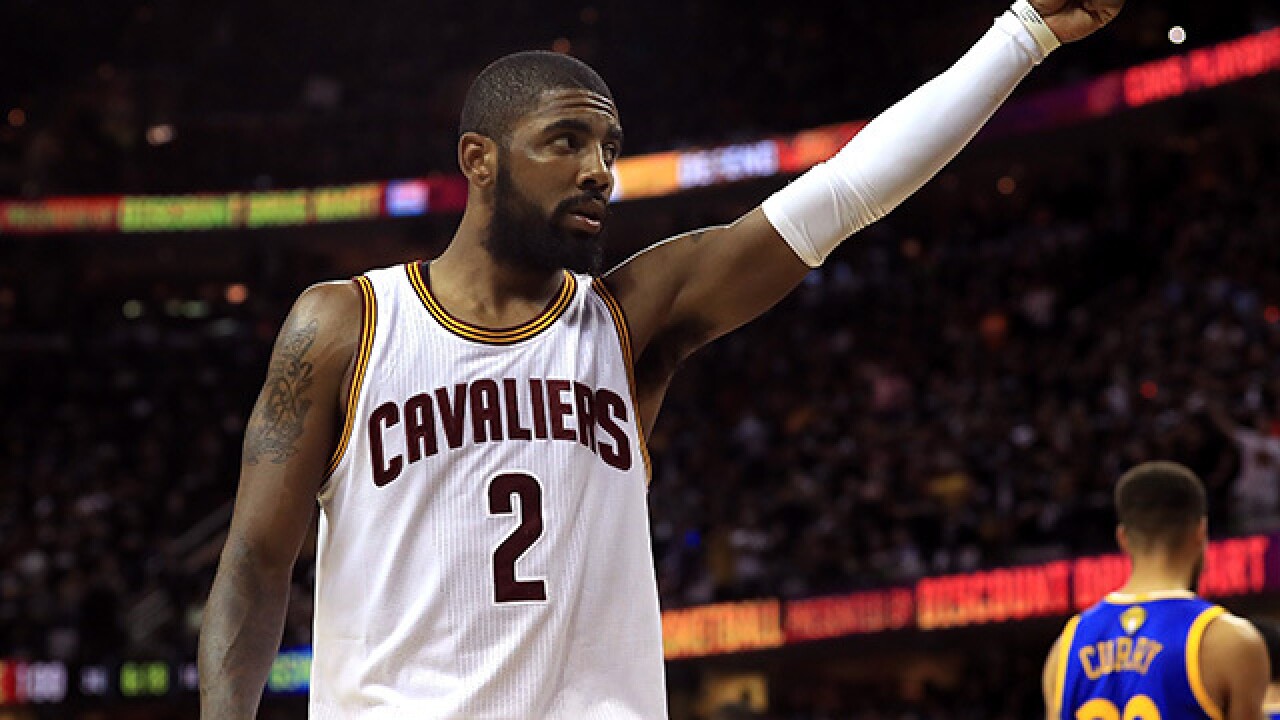 The Cleveland Cavaliers and the Boston Celtics have agreed to a trade - guard Kyrie Irving for Isaiah Thomas and multiple players, according to ESPN and News 5 Cavs Analyst Brian Windhorst.

Irving requested a trade in July. The decision came from expecting to be the franchise player when he originally signed with the team. But LeBron James arrived two weeks later, making Irving the secondary star.

Ok Cavs fans you know what to do.. pic.twitter.com/pZMI6SX8Hb

According to ESPN, Irving has three years and $60 million left on his contract, but he can opt out of the finaly year before the 2019-20 season.

"On behalf of the entire franchise, I want to thank Kyrie Irving for the six impressive years he spent in Cleveland wearing the Cavaliers uniform," Cavaliers Chairman Dan Gilbert said. "From the moment we won the 2011 NBA lottery that put us in position to draft Kyrie to the 'The Shot' that sealed our first NBA championship and all of the electrifying play that made him a joy to watch, 'excitement' was always in the air when it came to Kyrie Irving. We wish him and his family well as he moves on to the next phase of his NBA career."

Thomas has spent the offseason recovering from a right hip injury, according to the sports publication. He led the Celtics to the best record in the Eastern Conference, averaging 28.9 points and 5.9 assists over 33.8 minutes per game during the regular season.

Thomas missed the last three games of the season, and Celtics coach Brad Stevens said he was not sure Thomas would be ready for the start of training camp, according to ESPN. Medical tests in September will determine Thomas' ability to train.

Included in the deal, coming to Cleveland will be Jae Crowder, Ant ?i?i? and 2018 Nets 1st-rounder.

"This trade needed to include both players and assets that we felt strongly could help us continue to compete for championships and we believe it does," Koby Altman said. "We look forward to Isaiah, Jae and Ante joining us and also felt that the unprotected first round pick in the deal was very important for us and our future as well."