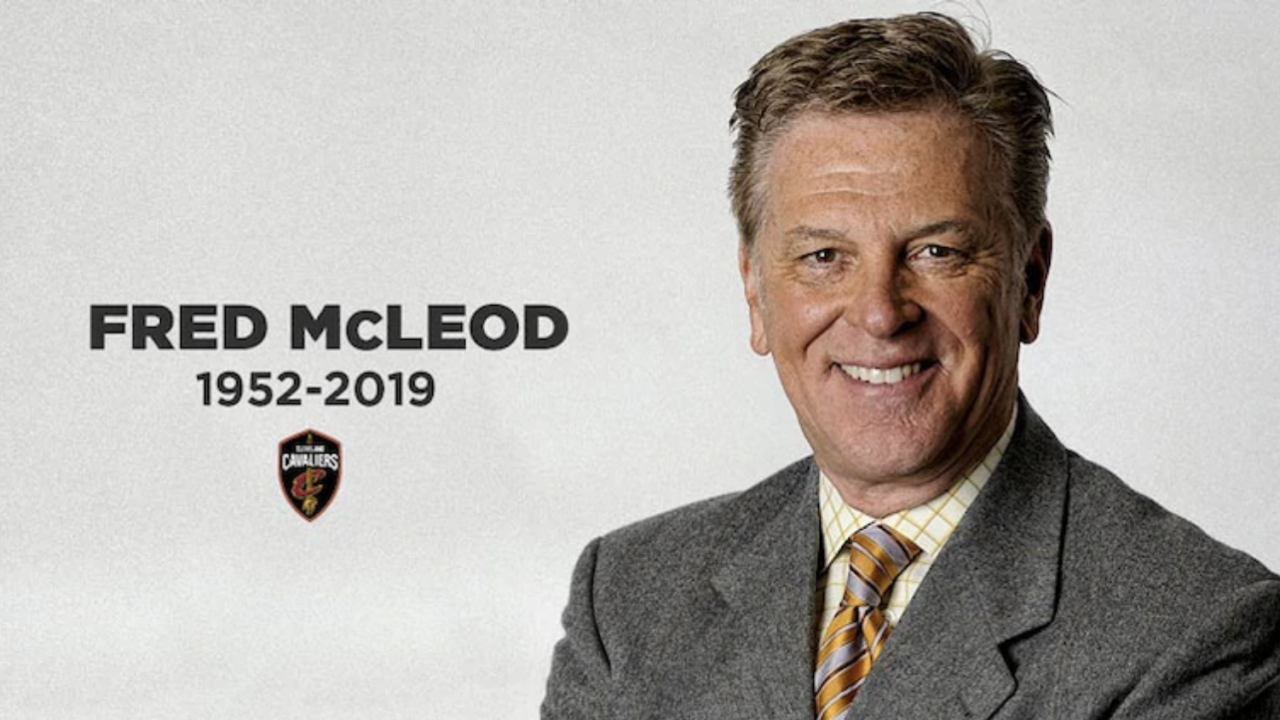 Courtesy of the Cleveland Cavaliers.
Fred McLeod pictured above.

CLEVELAND — The Cleveland Cavaliers will play their home opener against the Indiana Pacers Saturday and team officials are asking fans in attendance to do something a little different to honor the life of Fred McLeod.

McLeod, a longtime sportscaster and television play-by-play announcer for the Cleveland Cavaliers, died suddenly on Sept. 9 at the age of 67.

One of McLeod’s most memorable traits, other than his energetic play-by-play delivery, was his large collection of stylish ties.

To honor McLeod in the first game to take place in Cleveland since his death, the Cavs are asking fans to wear a tie Saturday.

The team said that players, staff and broadcasters will all wear ties into the game in honor of McLeod.

During the first time out of the game, the Cavs will also air a special video tribute and a "moment of celebration" for McLeod.

McLeod was an announcer for the team on FOX Sports Ohio since the 2006 season. As one of the most accomplished announcers in the NBA, McLeod recently celebrated his 36th season of broadcasting games, having spent 22 seasons announcing for the Detroit Pistons, before coming home to join the Cavs.

Wearing a tie to Saturday’s game is just one of many gestures made to show McLeod’s loved ones how much he meant to the team and to Cleveland.

RELATED: Fred McLeod's wife honors his legacy by gifting his ties to loved ones