Fox News anchor to LeBron James: 'Shut up and dribble' 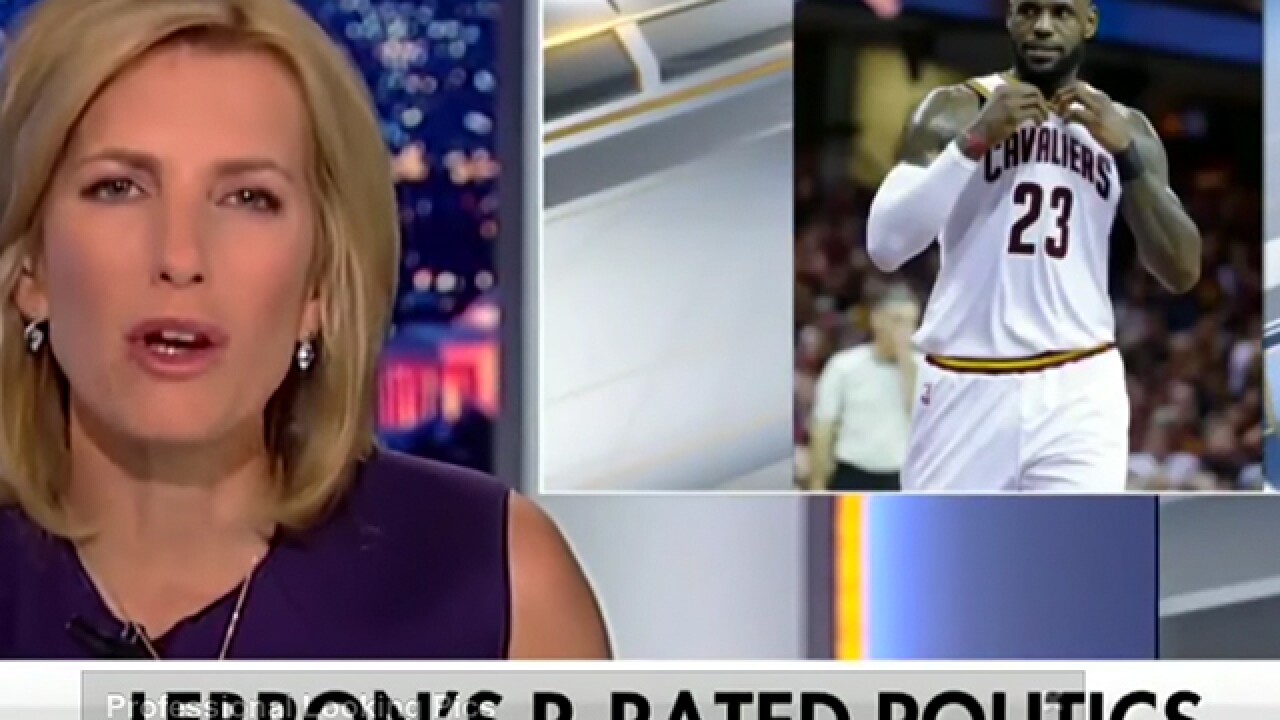 Fox News anchor Laura Ingraham bashed LeBron James and Kevin Durant after the two got candid on the political climate during a recent ride-along in Akron for Uninterrupted.

Ingraham called their conversation about politics R-rated, saying it was a 'barely intelligible and ungrammatical' take on President Trump.

During the ride-along, James said the climate for athletes who want to use their platform to talk about social justice and political issues is hot. Growing up, he looked up to three people: the president, the top athlete at the time and to the musician, noting while many people never think they can be them, they can grab inspiration from them.

"The number one job in America, the point of person is someone who doesn't understand the people and really don't give a f*** about the people," James said.

Ingraham asked, "must they run their mouths like that?"

"This is what happens when you attempt to leave high school a year early to join the NBA and it's always unwise to get political advice from someone who gets paid $100 million a year to bounce a ball. Oh, and LeBron and Kevin, you're great players, but no one voted for you. Millions elected Trump to be their coach, so keep the political commentary to yourself or as someone once said 'shut up and dribble,'" Ingraham said.

Someone tell this bitch to meet me outside... Im so not in the mood for playing nice or polite this week https://t.co/LUpm0k3ZvV

LeBron is one of greatest examples of our country we’ve ever seen. He went from nothing to something. He had to be excellent at everything. To insinuate he’s not intelligent is appalling

.@KingJames, thank you for being a strong voice and advocate for the next generation. We're proud you call Ohio home. pic.twitter.com/B5se90CfVH

Watch the full clip in the YouTube video below.