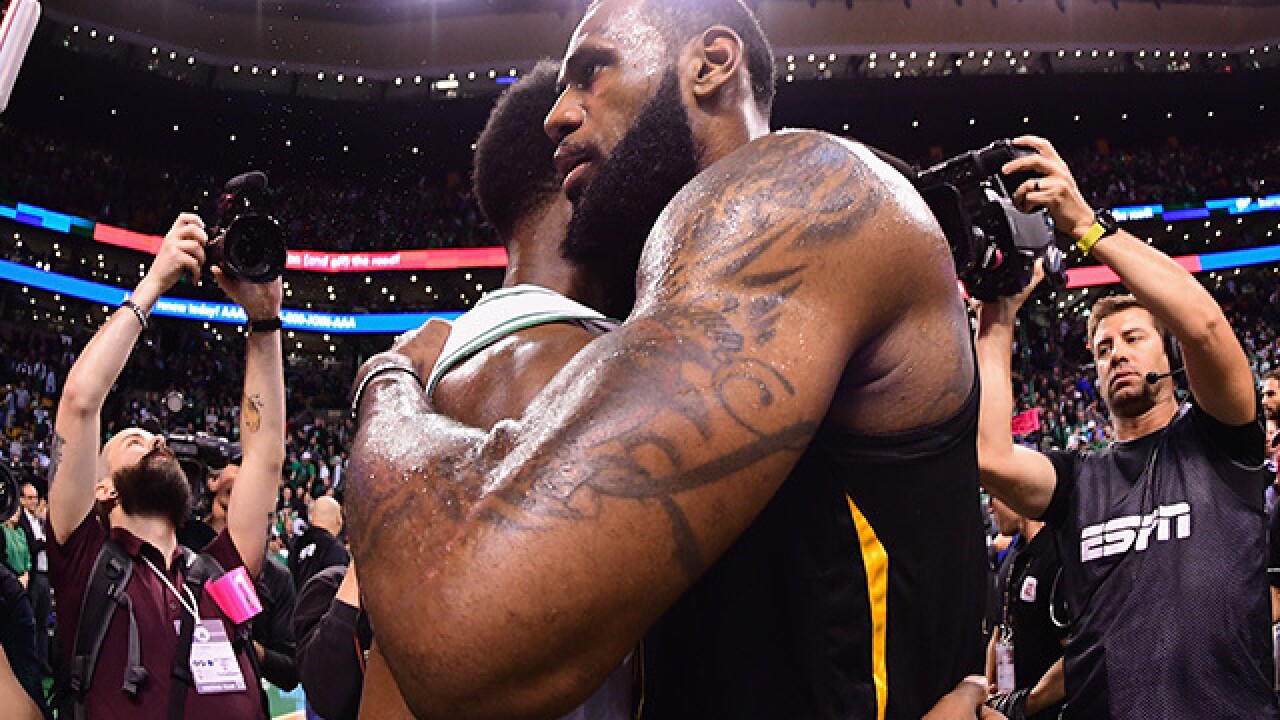 Image copyright 2018 Getty Images. All rights reserved. This material may not be published, broadcast, rewritten, or redistributed.
<p>LeBron James #23 of the Cleveland Cavaliers talks with Jaylen Brown #7 of the Boston Celtics after the Cleveland Cavaliers defeated the Boston Celtics 87-79 in Game Seven of the 2018 NBA Eastern Conference Finals to advance to the 2018 NBA Finals at TD Garden on May 27, 2018 in Boston, Massachusetts. </p>

When the NBA Finals end, fans will be able to relive the biggest moments with HBO's new documentary about the 2018 NBA Finals. The documentary, called "Courtside at the NBA Finals," will be a one-hour, unscripted special chronicling the journey of the Cavaliers and the Warriors for the title.

The special, which is being produced by Bill Simmons, will air on Tuesday, June 19 from 9-10 p.m. ET.

Between this HBO special, the Finals on ABC News 5, "Hard Knocks" and the Indians playing a bunch of nationally-televised games, Cleveland will be at the center of the sports media universe this summer.