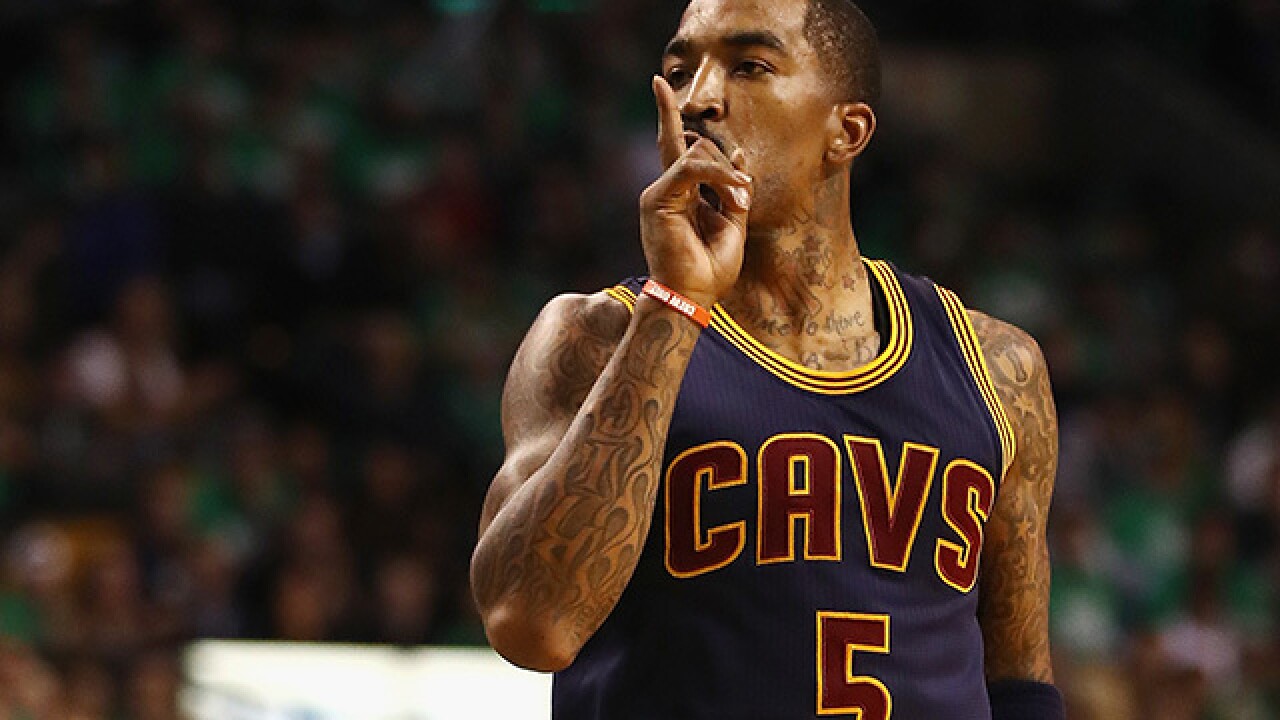 Cavaliers guard J.R. Smith has turned himself in to police in New York after being charged in connection with a July incident where he allegedly threw a cell phone, TMZ Sports reports.

Smith was being investigated for allegedly stealing a cell phone from a person outside a Chelsea hot spot and throwing it into a nearby construction zone, TMZ reports.

Smith reportedly appeared at an NYPD station in Chelsea early Friday morning and was charged with misdemeanor criminal mischief.

Smith’s attorney Alex Spiro told TMZ: "This is nonsense, and we aren't responding to nonsense. He was issued a ticket."

Smith recently penned a children’s book with his brother titled “HoopSmiths” about his journey to play basketball professionally, with a portion of the proceeds going to the J.R. Smith Youth Foundation.