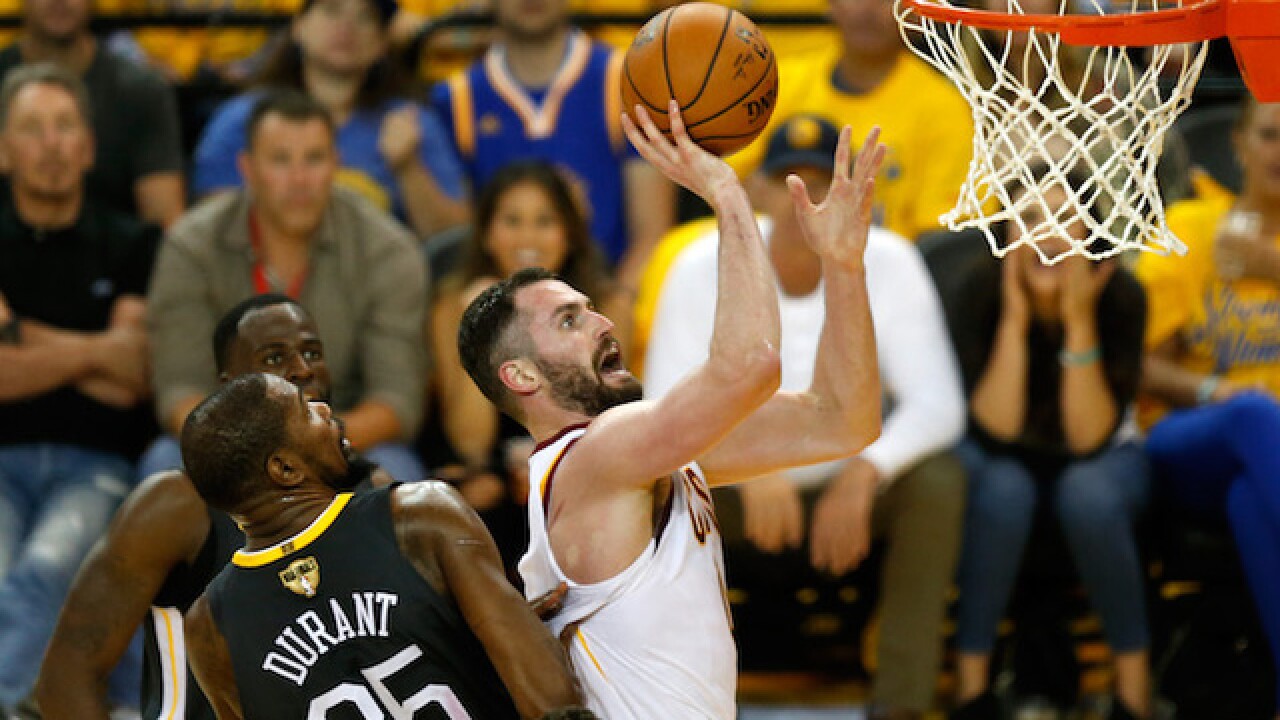 Copyright 2018 Scripps Media, Inc. All rights reserved. This material may not be published, broadcast, rewritten, or redistributed.
Lachlan Cunningham
<p>OAKLAND, CA - JUNE 03: Kevin Love #0 of the Cleveland Cavaliers attempts a layup defended by Kevin Durant #35 of the Golden State Warriors in Game 2 of the 2018 NBA Finals at ORACLE Arena on June 3, 2018 in Oakland, California. NOTE TO USER: User expressly acknowledges and agrees that, by downloading and or using this photograph, User is consenting to the terms and conditions of the Getty Images License Agreement. (Photo by Lachlan Cunningham/Getty Images)</p>

The NBA Draft is tonight. (Snuck up on you, didn't it?) Even though they hold the No. 8 pick, all eyes are on the Cavs to see what they do, especially as it relates to the future of LeBron James with the franchise. One thing the Cavs do not plan on doing tonight, according to ESPN, is trade All-Star forward Kevin Love.

Sources are telling ESPN's Dave McMenamin that no matter what happens with James, the Cavs plan to keep Love, who turns 30 in the fall.

The Cavs are entering the draft with the intention of selecting a player they will keep on their team next season. There is interest in finding a young playmaker to add to their veteran core, and Cleveland believes it will have the opportunity to choose from an available pool that will include Collin Sexton, Shai Gilgeous-Alexander, Trae Young, Michael Porter Jr., Kevin Knox, Mikal Bridges and others.

Cleveland has inquired about the availability of San Antonio Spurs forward Kawhi Leonard, but the franchise does not believe it has the realistic assets to convince the Spurs to deal the former NBA Finals MVP, considering what other teams on the market can offer.