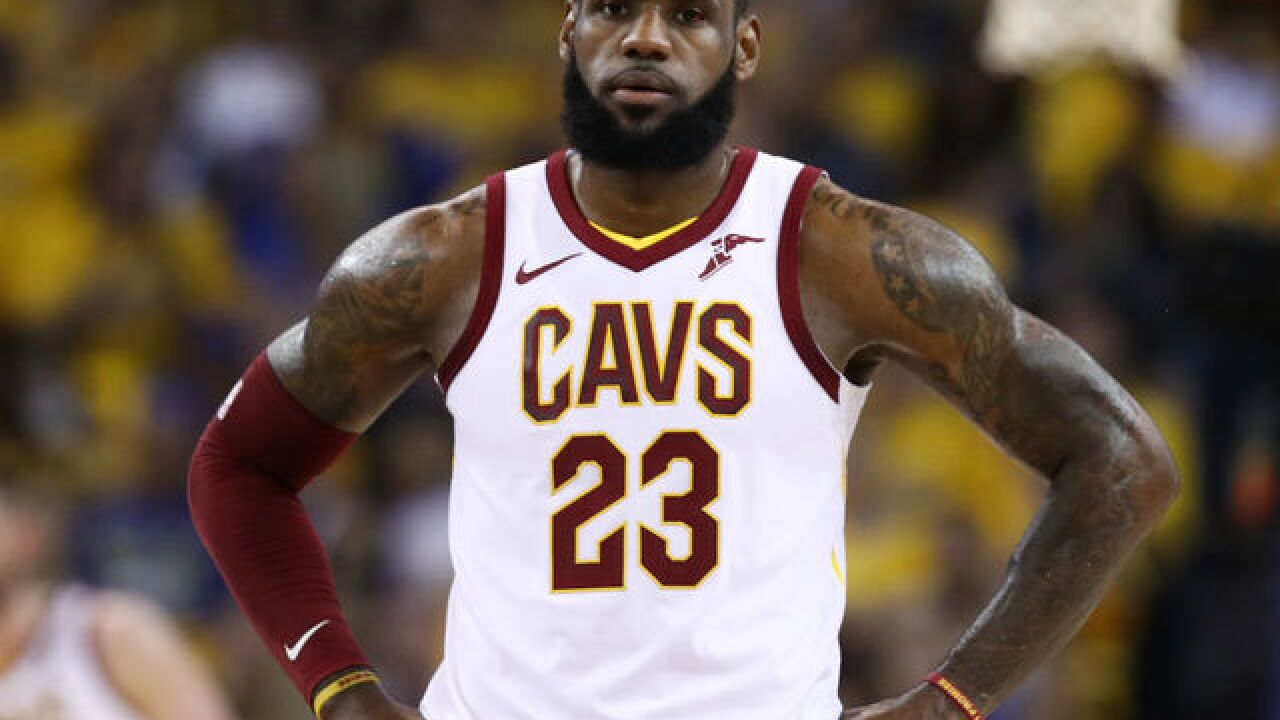 Copyright 2018 Scripps Media, Inc. All rights reserved. This material may not be published, broadcast, rewritten, or redistributed.
<p>LeBron James may pass Michael Jordan for the most 30-point games in NBA postseason history tonight. James and Jordan are tied with 109 games of 30 or more points. (Photo by Ezra Shaw/Getty Images)</p>

CLEVELAND – The superlatives seemingly never end for LeBron James . And neither do the statistical milestones.

James enters tonight's Game 3 of the NBA Finals (9 p.m., News 5) needing one more 30-point game to break a tie with Michael Jordan for the most in NBA playoff history. James is tied with Jordan with 109 career 30-point games in the postseason.

With another 40-point outing, the Cavaliers superstar forward will hold the NBA record for most 40-point performances in a single postseason. James is currently tied with Jerry West, who had eight such games in 1965.

"His ability to find people on the court, his ability to make huge plays in games -- and they may not be offensive plays. It's like chasing down guys, blocking shots. How many people, if you watch him, a lot of people just focus on guys scoring. You have to watch them move on the court. You have to watch their anticipation. And if you watch him, you say to yourself: 'My God. He's like three steps ahead of everyone mentally.'"

By just taking the floor tonight at Quicken Loans Arena, James will pass Kareem Abdul-Jabbar for sole possession of the fourth-most playoff games played by any NBA player (237 games).

James passed Abdul-Jabbar for second place on the all-time NBA Final points list with his 29-point performance in Game 2. James has 1,327 playoff points. Only West (1,679 points) has more.

Of course, James was the first player to record 51 points, eight assists and eight rebounds in an NBA Finals game when he recorded that stat line in Game 1 in Oakland.

The Golden State Warriors hold a 2-0 advantage, but the Cavaliers are 8-1 at home this postseason. Cleveland will try to overcome an 0-2 deficit for the fourth time in franchise playoff history and the second time this postseason.

And as all Cavs fans know, the most recent comeback from a 2-0 series deficit to win the NBA Finals was in 2016 against the Warriors.