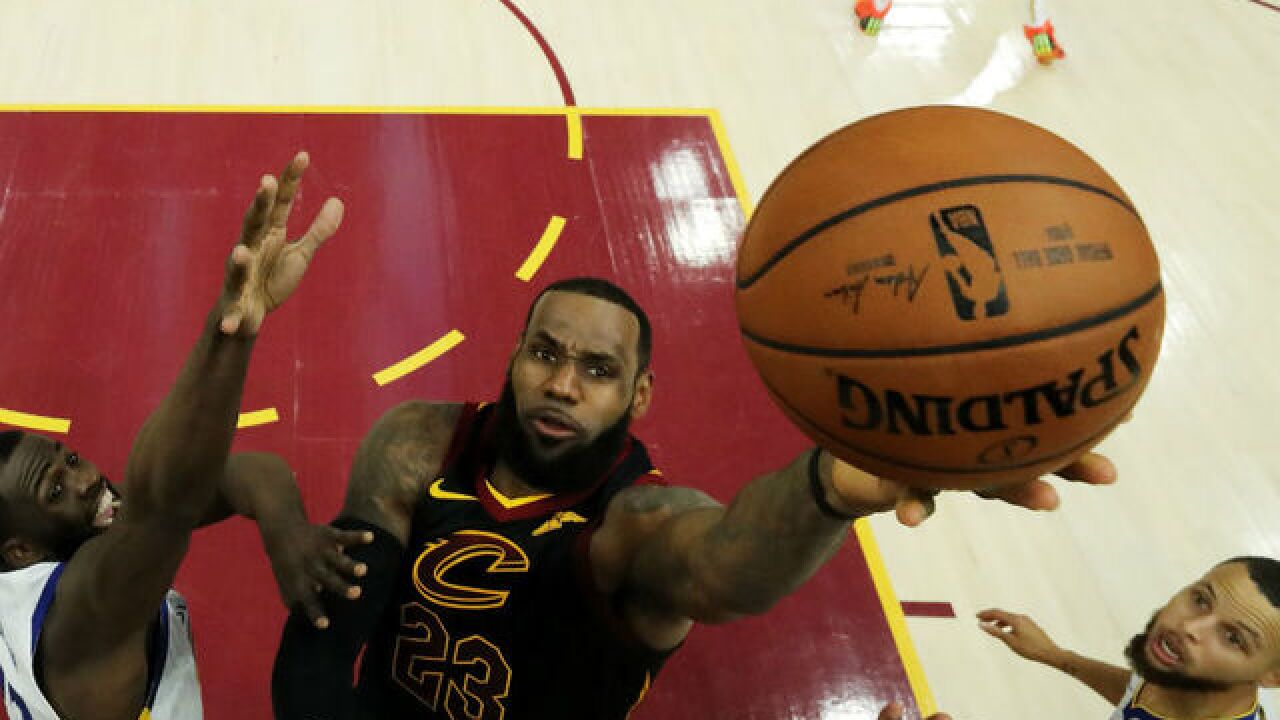 Copyright 2018 Scripps Media, Inc. All rights reserved. This material may not be published, broadcast, rewritten, or redistributed.
<p>LeBron James is 14-9 in his career when facing elimination, according to Basketball Reference. He averages 34.1 points, 11 rebounds and 7.5 assists in those games. He has the highest points average of any player in NBA history facing elimination. (Photo by Gregory Shamus/Getty Images)</p>

CLEVELAND – Whatever it takes.

That rallying cry for Cavaliers fans this postseason takes on new meaning in tonight’s Game 4 of the NBA Finals at Quicken Loans Arena.

The cold, hard facts
Golden State leads the Cavaliers 3-0, and teams that win the first three games of the NBA Finals have a 13-0 series record.

No NBA team has ever come back from a 3-0 series deficit in the postseason. Teams leading 3-0 are 131-0 in postseason history. And for the second straight year, the Cavs face elimination in Game 4 at home to the Warriors.

Those sobering stats can be a burden for any Cavaliers fan. Yet, the players haven’t folded.

Cavs are 'upbeat'
“For a team to be down 0-3, everybody seems to be on the upbeat,” said Cavs guard J.R. Smith. “They seem optimistic about our chances, so it’s good to see.”

While local and national media members seemingly started on the season obituary with veiled questions and answers about free agency this summer during Thursday’s press conferences, LeBron James and his teammates can’t afford to be reflective prior to tip-off (9 p.m., News 5).

“We know we can beat this team, and we have the confidence to do that,” Cavaliers coach Tyronn Lue said Thursday. “We’ve to be better in some areas that we had some breakdowns in. But our focus is not on winning four (games). Our focus is winning Game 4. That’s got to be our mindset.”

And LeBron?
If this in fact James’ final game in a Cavs uniform, history indicates it may be one of the more memorable.

James, who may become an unrestricted free agent after the series, is 14-9 when facing elimination with averages of 34.1 points, 11 rebounds and 7.5 assists, according to Basketball Reference . His scoring average in elimination games is the highest in NBA history by a player facing elimination, according to Basketball Reference. Michael Jordan averaged 31.3 points, and Wilt Chamberlin averaged 31.1.

And while James winning the Finals MVP may be the only consolation prize for Cavs fans, no wants to see Stephen Curry, Draymond Green and Kevin Durant celebrate another title in Cleveland like in 2015.

“We just know that our backs are up against the wall, and if we don’t win, it’s over,” Smith said. “So if that’s not enough motivation for you, I don’t know what is. It’s The Finals and we’ve got to come out and play the way we know how.”

This postseason, the Cavs are 3-0 when facing elimination.