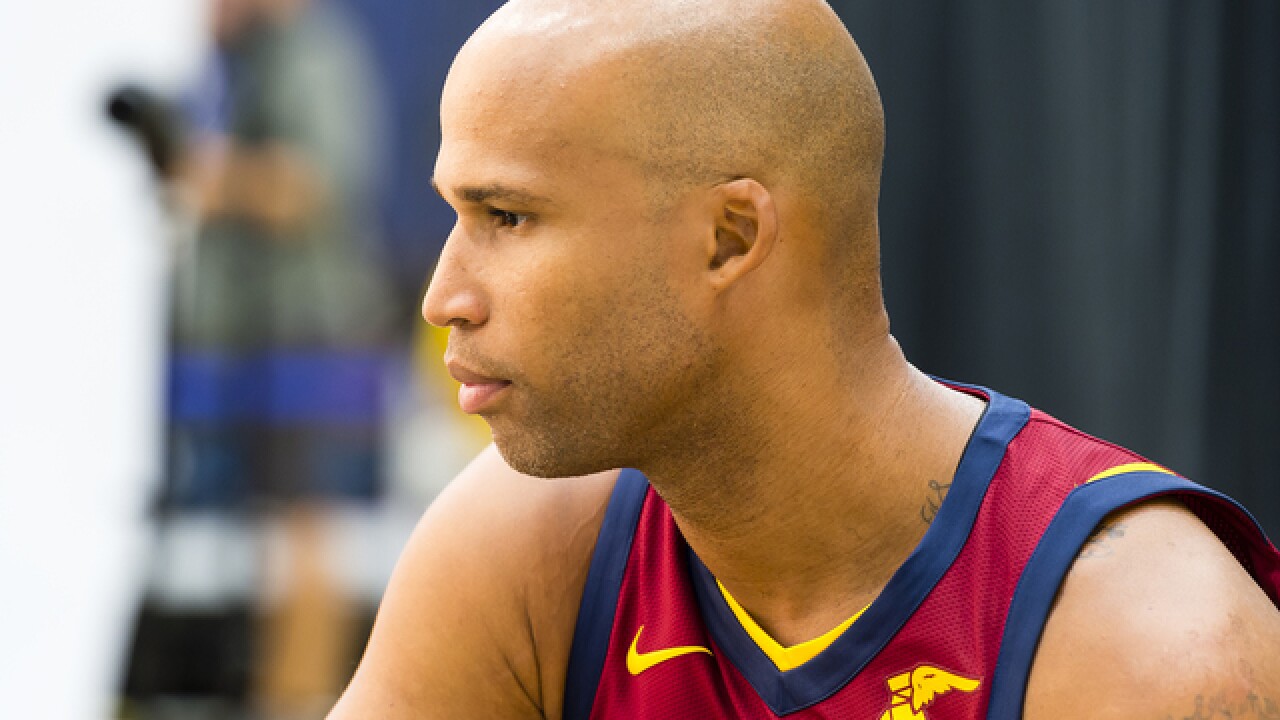 Copyright 2018 Scripps Media, Inc. All rights reserved. This material may not be published, broadcast, rewritten, or redistributed.
Jason Miller
<p>INDEPENDENCE, OH - SEPTEMBER 25: Richard Jefferson #34 of the Cleveland Cavaliers at Cleveland Clinic Courts on September 25, 2017 in Independence, Ohio. NOTE TO USER: User expressly acknowledges and agrees that, by downloading and/or using this photograph, user is consenting to the terms and conditions of the Getty Images License Agreement. (Photo by Jason Miller/Getty Images)</p>

The father of former Cavaliers forward Richard Jefferson was killed in a drive-by shooting in Compton Wednesday night, according to TMZ Sports.

Richard Jefferson Sr., 65, was in front of a liquor store in a residential area at about 6:52 p.m. when a vehicle reportedly rolled up and someone opened fire. Jefferson Sr. was struck multiple times in the torso and died at a nearby hospital, according to the report.

Jefferson Sr. was with two other men at the time of the shooting, and it is not clear at this time if he was the target, TMZ reports. The L.A. Sheriff’s Department is investigating.

The younger Jefferson is well-liked in Cleveland and helped take the Cavs to the NBA title in 2016. He played for the Denver Nuggets during the 2017-2018 season.