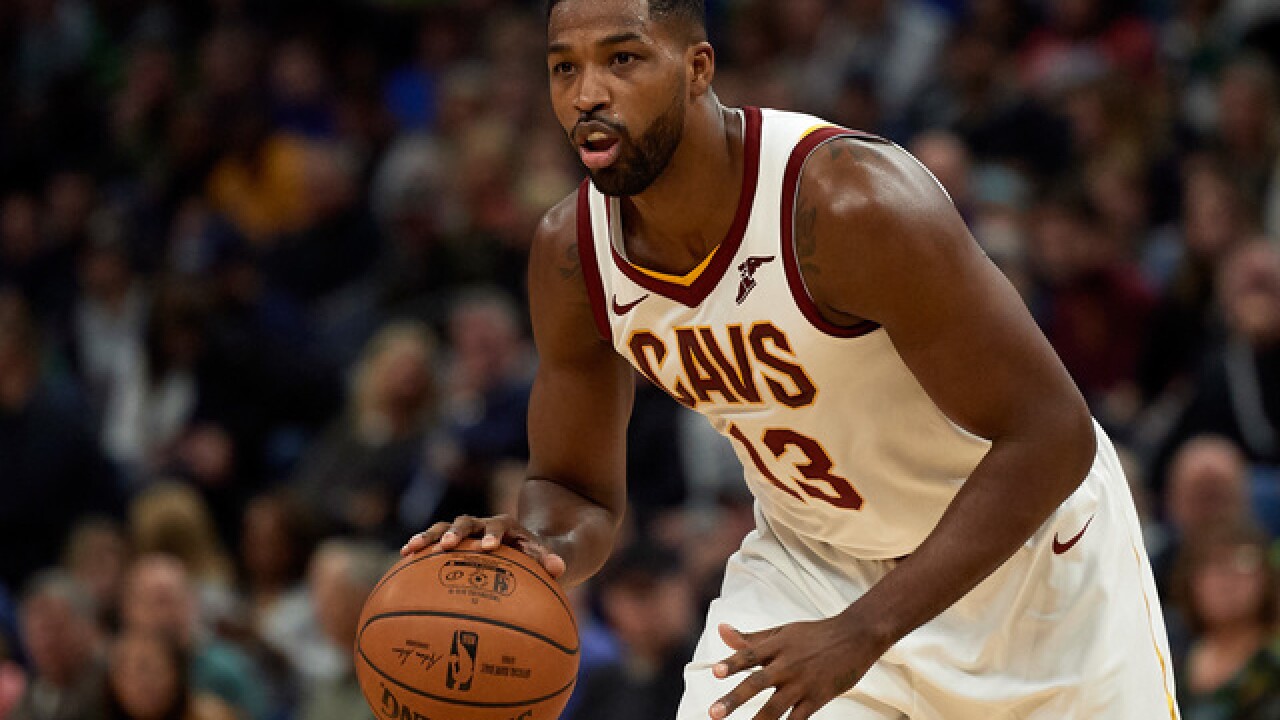 Image copyright 2018 Getty Images. All rights reserved. This material may not be published, broadcast, rewritten, or redistributed.
Hannah Foslien
<p>MINNEAPOLIS, MN - OCTOBER 19: Tristan Thompson #13 of the Cleveland Cavaliers dribbles the ball against the Minnesota Timberwolves during the game on October 19, 2018 at the Target Center in Minneapolis, Minnesota. The Timberwolves defeated the Cavaliers 131-123. NOTE TO USER: User expressly acknowledges and agrees that, by downloading and or using this Photograph, user is consenting to the terms and conditions of the Getty Images License Agreement. (Photo by Hannah Foslien/Getty Images)</p>

The NBA has fined Cleveland Cavalier Tristan Thompson $15,000 for making an inappropriate gesture towards a Brooklyn Nets fan during a game on Monday night, the Associated Press is reporting.

TMZ Sports has footage of Thompson flipping off a Nets fan who reportedly said "get outta here, you bum" because apparently it's still 1922 in Brooklyn.