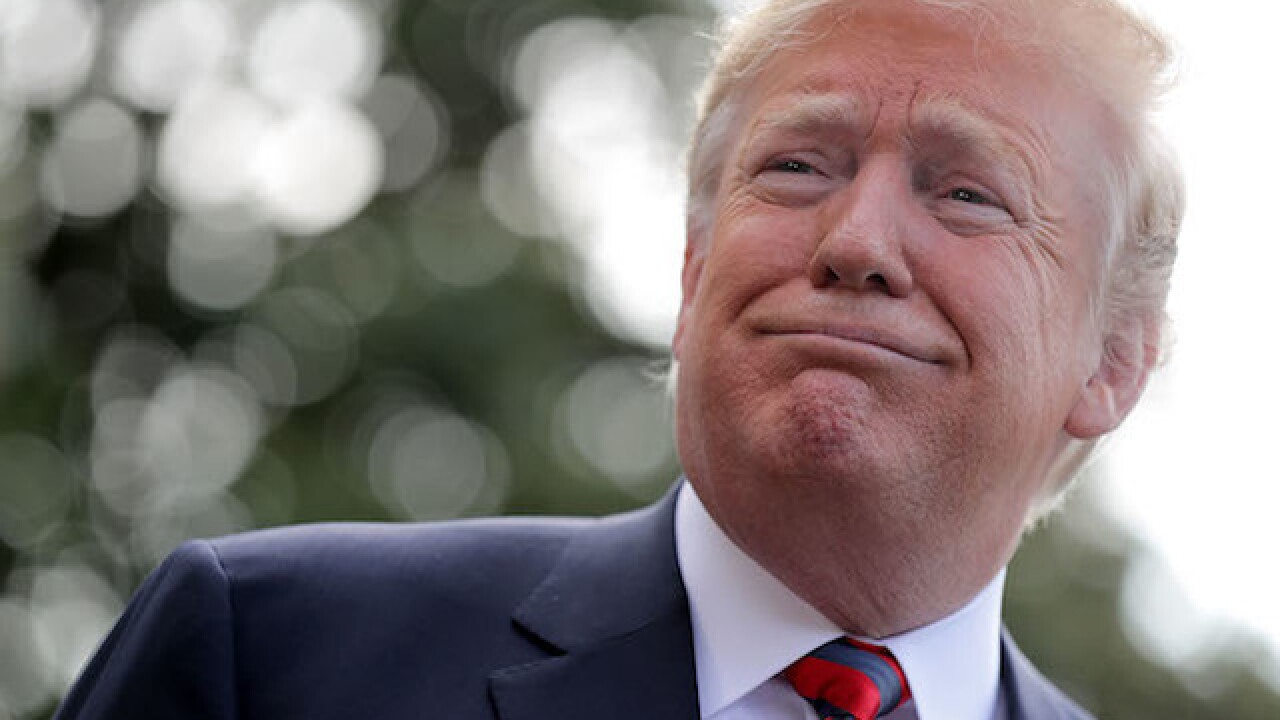 Copyright 2018 Scripps Media, Inc. All rights reserved. This material may not be published, broadcast, rewritten, or redistributed.
Chip Somodevilla
WASHINGTON, DC - JUNE 08: U.S. President Donald Trump talks to reporters as he departs the White House June 8, 2018 in Washington, DC. Trump is traveling to Canada to attend the G7 summit before heading to Singapore on Saturday for a planned U.S.-North Korea summit. (Photo by Chip Somodevilla/Getty Images)

Whichever team wins the NBA championship, President Donald Trump says he won’t be inviting them to the White House.

LeBron James of the Cleveland Cavaliers and Stephen Curry of the Golden State Warriors have both said their teams have no interest in a visit.

Trump canceled a visit by the Philadelphia Eagles to commemorate their Super Bowl win after most of the players decided they’d skip it.

But Trump said he’d be happy to host the Washington Capitals, who just won the Stanley Cup.