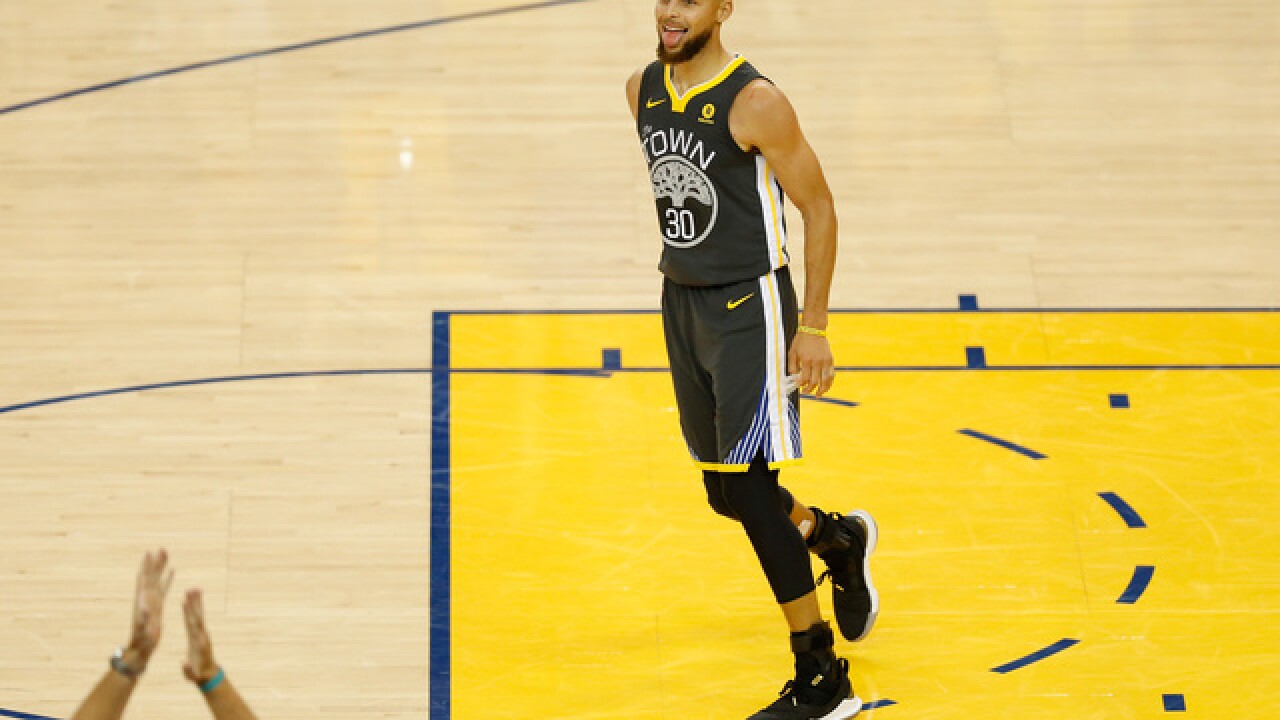 Copyright 2018 Scripps Media, Inc. All rights reserved. This material may not be published, broadcast, rewritten, or redistributed.
Lachlan Cunningham
<p>OAKLAND, CA - JUNE 03: Stephen Curry #30 of the Golden State Warriors reacts against the Cleveland Cavaliers during the fourth quarter in Game 2 of the 2018 NBA Finals at ORACLE Arena on June 3, 2018 in Oakland, California. NOTE TO USER: User expressly acknowledges and agrees that, by downloading and or using this photograph, User is consenting to the terms and conditions of the Getty Images License Agreement. (Photo by Lachlan Cunningham/Getty Images)</p>

Stephen Curry of the Golden State Warriors wowed the Oracle Arena and fans around the nation with a record-breaking 3-point shooting night in Game 2 of the NBA Finals.

Curry knocked down nine shots from downtown, surpassing Ray Allen's previous record for most 3's in a Finals game en route to a 122-103 Warriors victory.

He went 9-17 from beyond the arc, finishing the game with 33 points. He also had eight assists and seven rebounds to add to his stat line.

Kevin Durant scored 26 points in the game and Klay Thompson added 20 to give Golden State a 2-0 lead in the NBA Finals.

On the other end, LeBron James was Cleveland's leading scorer with 29 points, 13 assists and nine rebounds.

Game 3 will be Wednesday night in Cleveland.