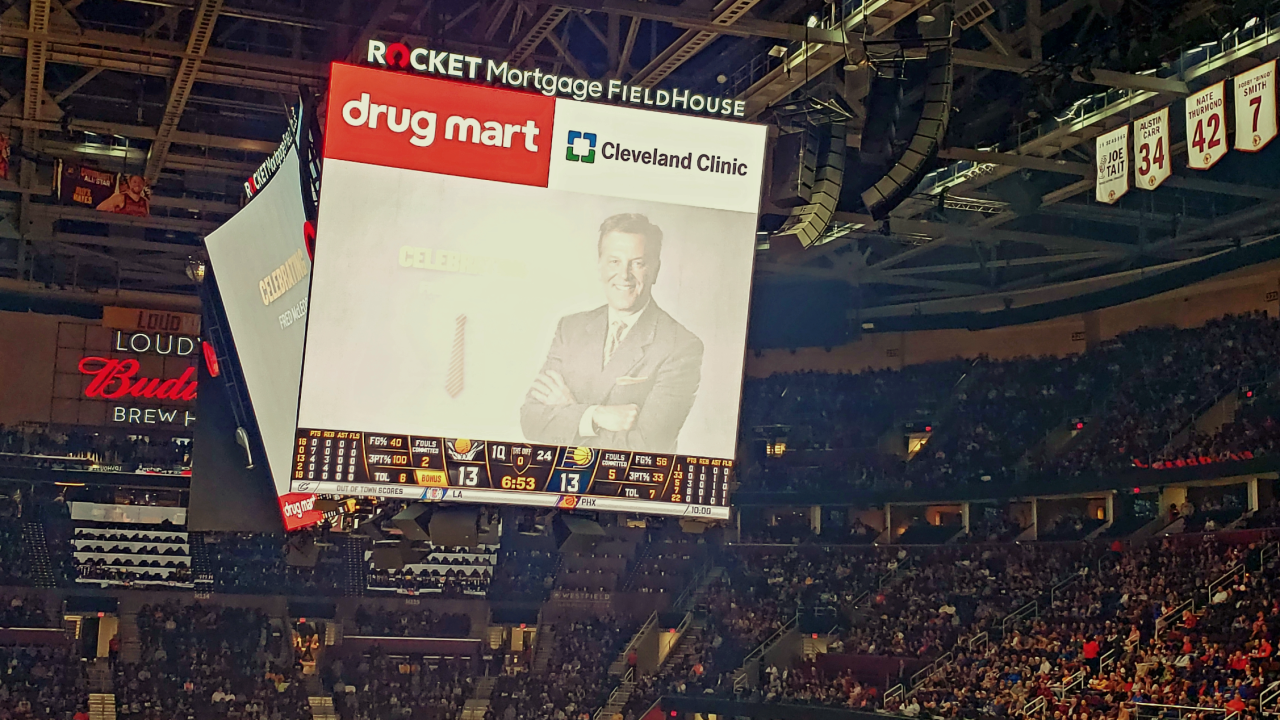 CLEVELAND — The Cleveland Cavaliers held a touching tribute to long-time play-by-play announcer Fred McLeod who died suddenly just before the start of the 2019 season.

During the first timeout of the home opener against the Indiana Pacers Saturday night, the Cavs showed a video on the Humungotron board, paying their respects to McLeod.

You can watch the tribute video below:

An ambassador for the City of Cleveland.

And so much more.

The video opened with Cavs owner Dan Gilbert, who talked about the kind of man McLeod was and how it was a pleasure to be around him in any capacity.

In addition to kind words about McLeod, the video also featured some of his most famous calls, all of which carried McLeod’s lovable energy and excitement.

Cavs fans will likely never forget what it sounded like to hear McLeod’s call at the end of Game 7 in the 2016 NBA Finals. “Goodnight Oakland! It’s over! The 52-year drought is over! It’s over! The Cavaliers have won the NBA Championship!”

Prior to Saturday’s game, the Cavs invited fans to join the team, mascots and staff in wearing a tie to honor McLeod, who was a sucker for good tie.

If one thing is for certain it’s that McLeod will live on in the memory of the Cavs organization and the fans who won’t soon forget the voice and presence of the beloved announcer.

"It was impossible to not be uplifted by (Fred's) energy and spirit. We're all definitely going to miss him."