The 4 moments that cost the Cavaliers the 2018 NBA Finals 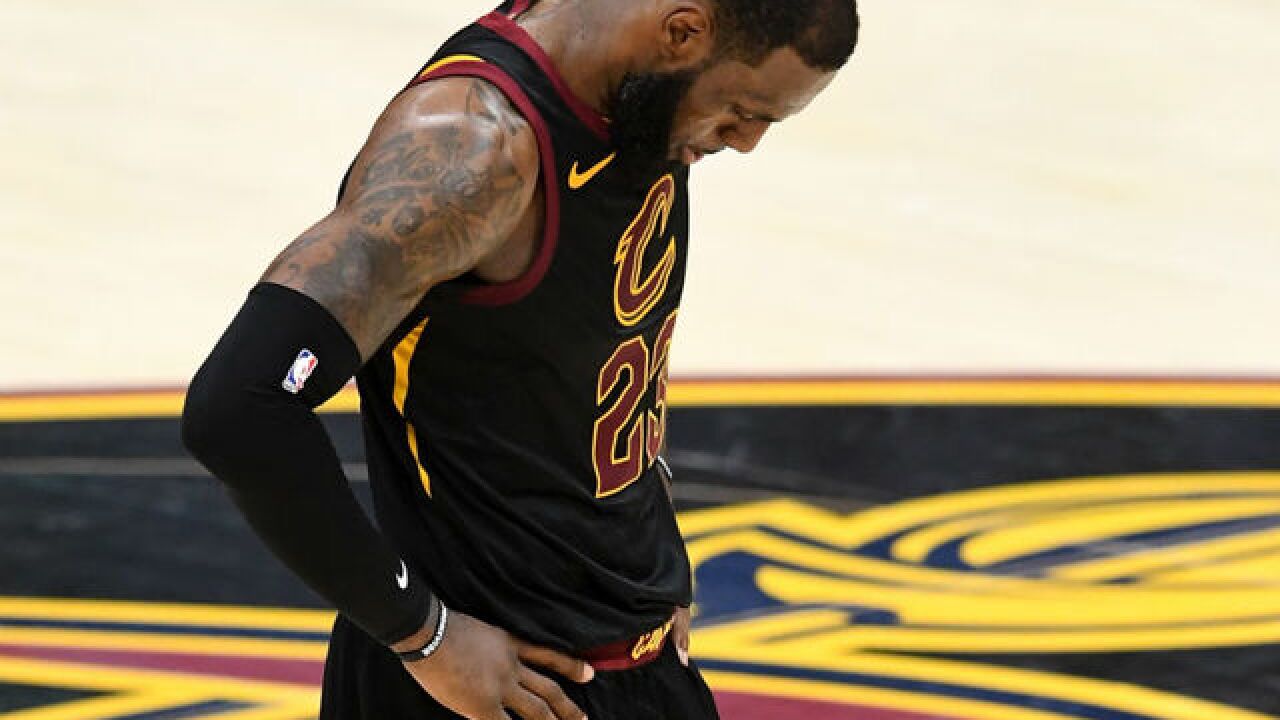 Copyright 2018 Scripps Media, Inc. All rights reserved. This material may not be published, broadcast, rewritten, or redistributed.
<p>LeBron James couldn't keep the Cavaliers from being swept by the Golden State Warriors in the NBA Finals Friday night at Quicken Loans Arena. It may have been the final time for James in a Cavs' uniform.  (Photo by Jason Miller/Getty Images)</p>

CLEVELAND – As difficult as it is to digest, the Golden State Warriors completed a sweep of the Cavaliers Friday night at Quicken Loans Arena.

This was the ninth time a sweep happened in the NBA Finals and the first since the San Antonio Spurs defeated the Cavs in 2007.

The Warriors continued the axiom that no NBA team has ever come back from a 3-0 deficit in the postseason. Teams leading 3-0 are 132-0 in NBA postseason history.

But the Cavs had their chances throughout this series. We’ll never know what could’ve been had the Cavs won one of the first three games.

These four moments will haunt this franchise for a long time to come:

Game 1 - The controversial referee call: You think it would be J.R. Smith’s blunder at the end of regulation in Game 1. But it’s not J.R. It’s the play that led to the debacle. The Cavs led by two after rallying from being down six late in the fourth quarter. The Warriors’ Kevin Durant drove to the basket against the Cavs' Jeff Green. On the drive, Durant collided with LeBron James in the lane. The refs called a charge on Durant. Then they reversed the call on the replay. The Warriors defeated the Cavs 124-114 in overtime. Cavs coach Tyronn Lue later said James was “robbed” after James scored 51 points. The tone was set for the series.

Game 3 - Durant’s 33-footer: Kevin Durant scored a playoff career-high 43 points in the Warriors’ 110-102 win over the Cavaliers in Game 3 at Quicken Loans Arena. It was his 33-footer with 49 seconds left that put the Warriors up by six points – and yet another dagger in the hearts of Cavs’ fans. Durant was heckled by Cavs fans later at a downtown hotel, but that didn’t matter much. Durant showed why he’s the significant difference maker in the past two NBA Finals.