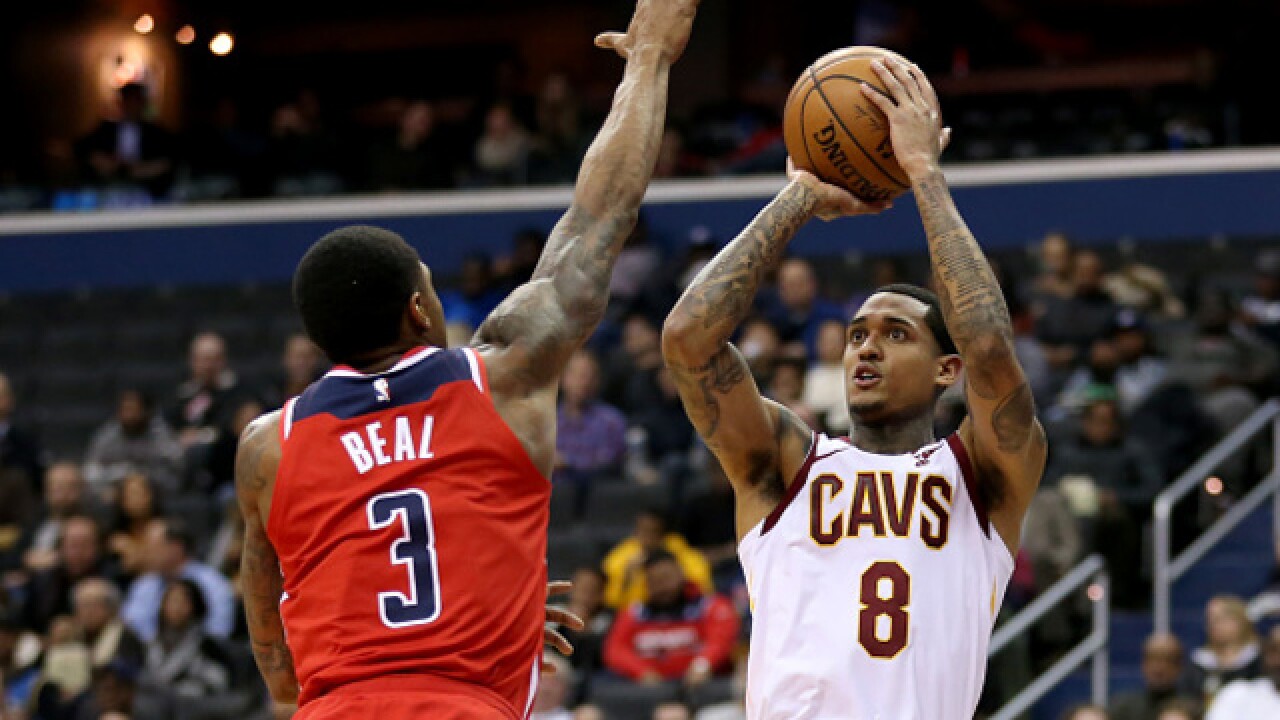 Copyright 2018 Scripps Media, Inc. All rights reserved. This material may not be published, broadcast, rewritten, or redistributed.
Will Newton
<p>WASHINGTON, DC - NOVEMBER 14: Jordan Clarkson #8 of the Cleveland Cavaliers shoots past Bradley Beal #3 of the Washington Wizards during the first half at Capital One Arena on November 14, 2018 in Washington, DC. NOTE TO USER: User expressly acknowledges and agrees that, by downloading and or using this photograph, User is consenting to the terms and conditions of the Getty Images License Agreement. (Photo by Will Newton/Getty Images)</p>

The Washington Wizards jumped ahead with a high-scoring first quarter and ran over the Cleveland Cavaliers 119-95 Wednesday night at Capital One Arena.

It was the third straight win for the Wizards, pushing them to 5-9 after a 1-7 start to the year, though the result should come with a footnote that the Cavaliers (2-12) have been the dregs of the NBA for the first month of the season.

Washington caught Cleveland on the second game of a back-to-back and controlled the game by making 13 3-pointers to Cleveland’s four. It also tied for Washington’s best defensive performance of the year.

The Wizards opened the game by scoring 40 points in a quarter for the first time this year. Porter, who had lost some minutes lately, made his first five shots on his way to an 11-point quarter, after three straight games of failing to score in double figures. Washington capitalized off Cleveland’s seven turnovers and established a 41-29 lead.

Late in the second, with the Wizards up by 20, center Ian Mahinmi sank the first 3-pointer of his 11-year NBA career.

The Cavaliers were down 73-52 at halftime, but came back swinging. They penetrated Washington’s lead with a quick 8-0 run midway through the third, but Beal ended that run by hitting his third 3-pointer of the night. It was no contest from that point on, and all 13 Wizards went on to score.

The Wizards have three games left in their homestand. The next comes Friday night against the Brooklyn Nets.