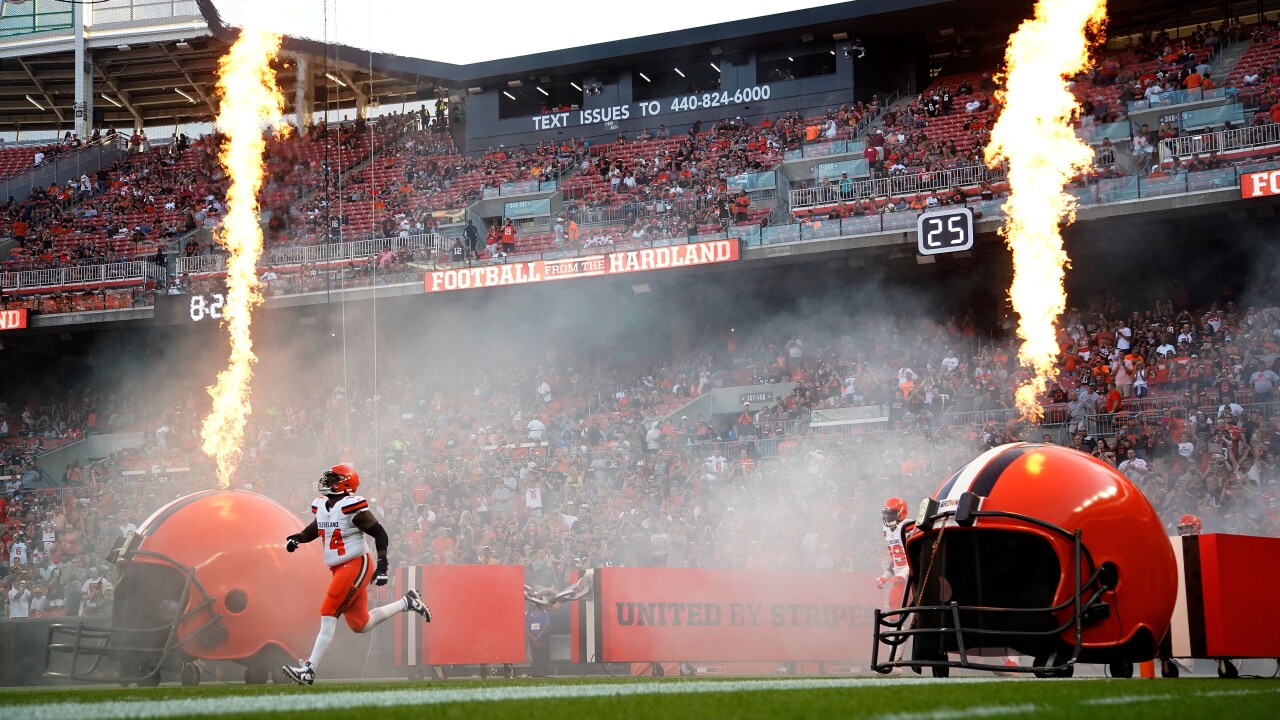 CLEVELAND — The wait is over and football season has officially kicked off as the Browns took on the Washington Redskins at FirstEnergy Stadium.

While we know it’s only the preseason, but there were moments throughout the game that fans should remember as the regular season fast-approaches.

1. Baker Mayfield is dangerous (although we already knew that)

Mayfield was only in the game for a few minutes, but that’s all he needed to impress.

In the opening drive, during which the offense ran a 2-minute drill, Mayfield threw a 24-yard touchdown pass to Rashard Higgins.

Cleveland's offense went 89 yards in just over two minutes. This without the help of star receivers Odell Beckham Jr. and Jarvis Landry.

Given more weapons, Mayfield doesn’t look like he’s going to have a problem getting downfield this season.

Of course everyone is excited for Mayfield’s sophomore season with the Browns, and who doesn’t want to see him find Beckham and Landry in the endzone? Thursday night’s game, however, might have a lot of fans looking forward to seeing rookie linebacker Mack WIlson’s season to come.

Wilson recorded two interceptions during the game on Thursday, one of them a 39-yard touchdown return off a pass by Dwayne Haskins, stiff-arming the rookie QB as he crossed the goal line. During practice, Wilson has had three picks in the past four practices.

Another rookie linebacker who impressed was Sione Takitaki, who fought through the Redskins offensive line and made tackle after tackle, playing aggressively all night.

3. The receivers are also working to shine among the star-studded cast—and working hard

Beckham and Landry are clearly the top targets for Mayfield heading into the season, but don’t be fooled—there’s more talent to back them up.

Antonio Calloway had a few catches throughout the night, one that would have been a touchdown if Freddie Kitchens' challenge had worked, but Rashard "Hollywood" Higgins stole the show.

Higgins caught five of his six targets for 98 yards and a touchdown, including the Browns' first touchdown of the preseason— the 24-yard touchdown pass from Mayfield.

The Browns still have a battle for that special teams position, and Thursday showed it isn't done just yet. Rookie Austin Seibert made both of his PATs while Greg Joseph made one of two, missing his second.

Joseph also made a 43-yard field goal in the second quarter that increased the Browns lead to 17-7.

RELATED: Battle of the kicker: Why the fight for the roster spot is so important during Browns training camp

5. This season will be full of energy

The hype surrounding the Browns is no secret and the anticipation for this season to start has been felt by fans all over the world, and Thursday night only added to it.

From Mayfield cheering for Kitchens to throwing the challenge flag to the bench clearing for Damon Sheehy-Guiseppi’s 86-yard punt return, the team and the fans are more energized than ever.

Find something that makes you as excited as @BakerMayfield when Freddie Kitchens challenges a play 😂 pic.twitter.com/C4JElDcUSa

We know we said the five things we learned, but one moment deserved a separate mention so here is the sixth, and maybe most important thing we learned:

In an incredible moment, rookie wide receiver Damon Sheehy-Guiseppi impressed fans and his teammates with an 86-yard punt return for a touchdown with just over three minutes to go in the fourth quarter.

The rookie, who was sleeping outside before sneaking his way into Browns practice, stunned staff during workouts, so much so they signed him as an undrafted free agent on April 5.

Sheehy-Guiseppi is the definition of hard work, determination and grit, and it shows.