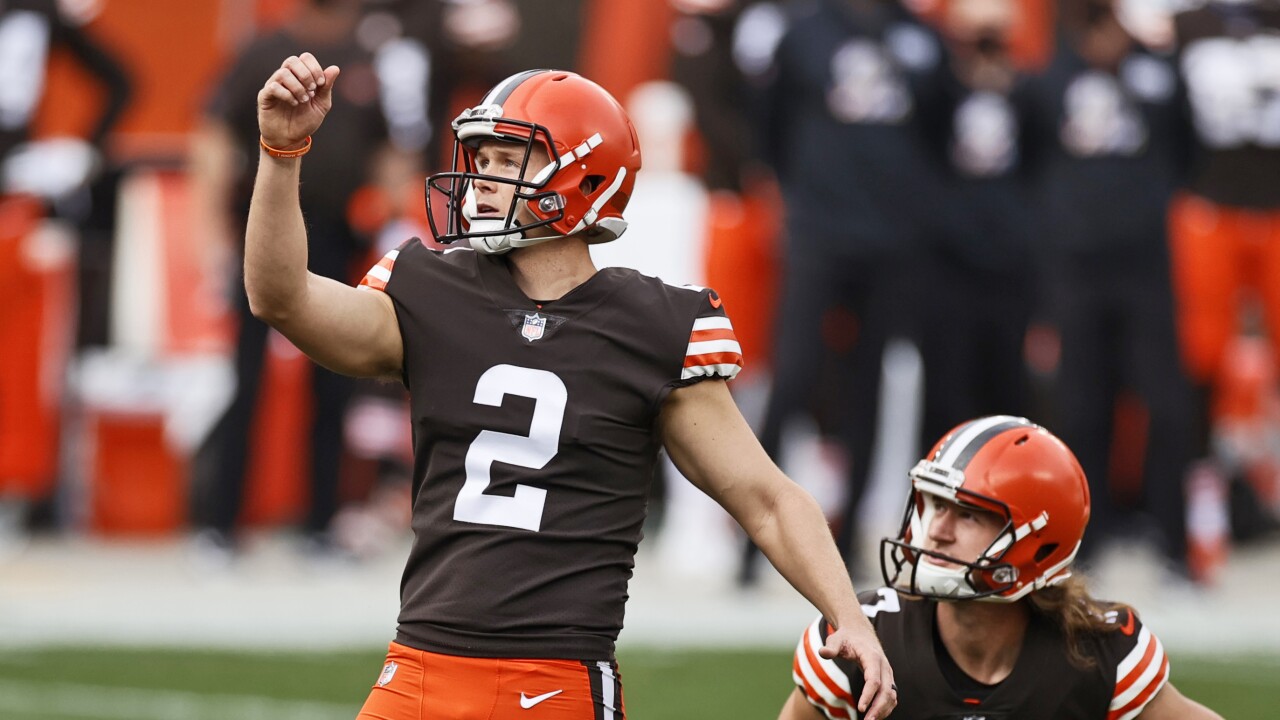 Ron Schwane/AP
Cleveland Browns kicker Cody Parkey (2) watches the ball after kicking a 24-yard field goal during the first half of an NFL football game against the Indianapolis Colts, Sunday, Oct. 11, 2020, in Cleveland. (AP Photo/Ron Schwane)

CLEVELAND — The Cleveland Browns’ roster has taken a hit as a result of positive COVID-19 tests and close contacts, but two players were given the all-clear to return—just in time to take on the Philadelphia Eagles.

Kicker Cody Parkey and right tackle Jack Conklin were activated from the reserve/COVID-19 list after being placed on it Wednesday.

The Browns had contingency plans in case the two were unable to return, giving reps to Matt McCrane at kicker and preparing Kendall Lamm to fill in for Conklin.

While Conklin and Parkey are activated, the Browns still have to deal with the loss of defensive end Myles Garrett, who was placed on the reserve/COVID-19 list on Friday after the team announced that another player had tested positive for the virus.

To make up for the loss of Hubbard, Janovich and Garrett, the Browns made additional roster moves on Saturday, elevating guard Michael Dunn and defensive end Cameron Malveaux from the practice squad as COVID-19 replacements.

The Browns also called up fullback Johnny Stanton as a standard elevation from the practice squad.

Dunn is officially in his first NFL season after entering as an undrafted free agent by the Rams in 2017. He has spent time on the Rams and Jaguars practice squads, in addition to the first nine weeks of this season he has spent on the Browns practice squad. Dunn made his NFL debut last week after being elevated from the practice squad.

Malveaux is in his third NFL season and has spent time with the Dolphins and the Cardinals, recorded 15 tackles, two sacks and one pass defended in his career. He’s been on the Browns practice squad for the past five weeks.

Stanton, who arrived in Cleveland shortly after head coach Kevin Stefanski, was originally signed by the Vikings in 2018 but missed his rookie season with an injury. He spent time on the Vikings’ practice squad in 2019 and has spent all of the 2020 season on the Browns practice squad.

The Browns will look to their “next man up” mentality they have been all season as they host the Eagles at FirstEnergy Stadium Sunday at 1 p.m.