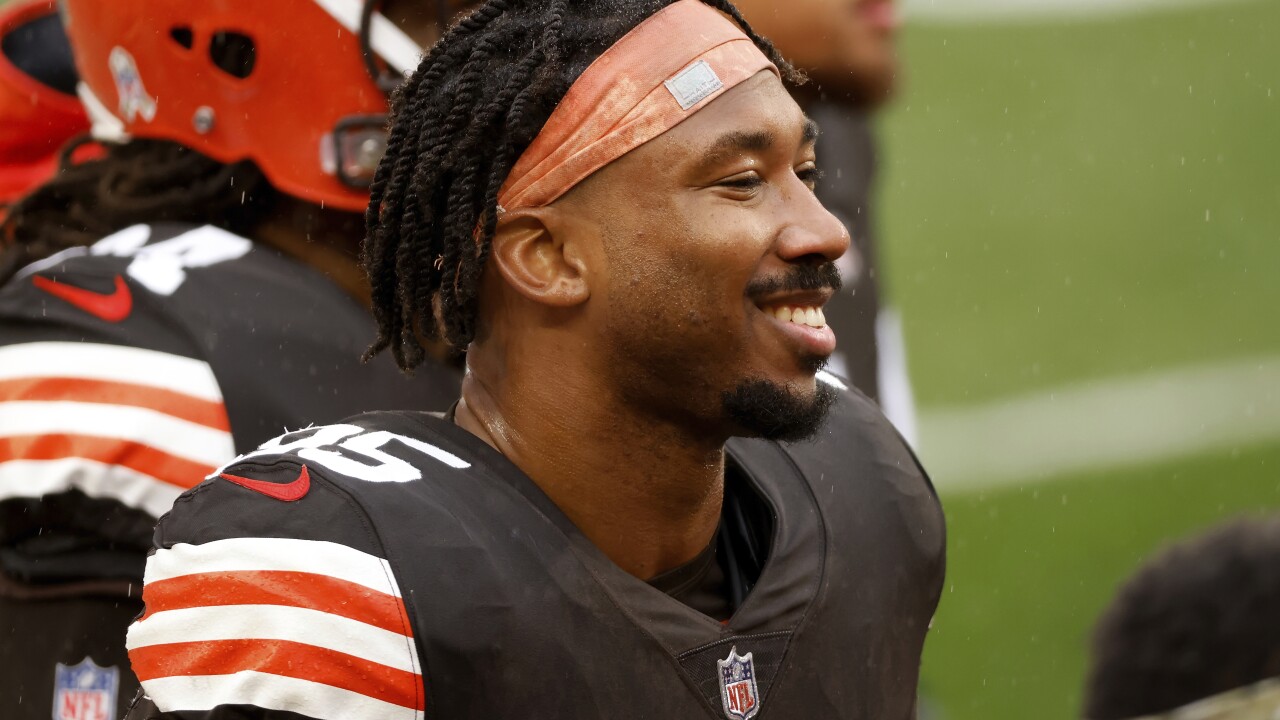 Kirk Irwin/AP
Cleveland Browns defensive end Myles Garrett (95) walks off of the field as severe weather caused a delay in the start of an NFL football game against the Houston Texans, Sunday, Nov. 15, 2020, in Cleveland. (AP Photo/Kirk Irwin)

We will place DE Myles Garrett on the reserve/COVID-19 list. pic.twitter.com/BCyHgg6nXs

The Browns released the following statement:

“This morning the Cleveland Browns were informed that a player has tested positive for COVID-19. Contact tracing has been conducted and the individual has self-isolated. He has not been in the facility all week and zero high-risk contacts have been identified. Our facility remains open and our practice time for today remains as scheduled. As part of the NFL-NFLPA intensive protocols, all meetings this morning will take place remotely. The team will continue to consult with the league and medical experts on any appropriate next steps as the health and safety of our players, coaches, staff and the entire community remains our highest priority.”

The Browns, who are in playoff contention for the first time in years, will be without Garrett on Sunday against the Philadelphia Eagles after the team placed him on the COVID list.

Garrett could be in jeopardy to miss next week’s game in Jacksonville because he must be away from the team for at least 10 days and receive medical clearance before returning.

But losing Garrett for any period is especially tough. The No. 1 overall pick in 2017 has been playing at an elite level. He leads the league with 9 1/2 sacks and has changed several games with strip sacks while helping the Browns to their best nine-game record since 2014.

"Not the news you want to hear but can’t thank y’all enough for the love. This continues to affect us all in so many ways, but we’ll get through it together. Be back soon, Dawg Pound," Garrett wrote.

The Browns facility will remain open Friday and practice time remains as scheduled.

The reserve/COVID-19 list was created for a player who either tests positive for COVID-19 or who has been quarantined after having been in close contact with an infected person or persons.