Browns, Bengals players and coaches link arms, stand together during anthem in show of unity 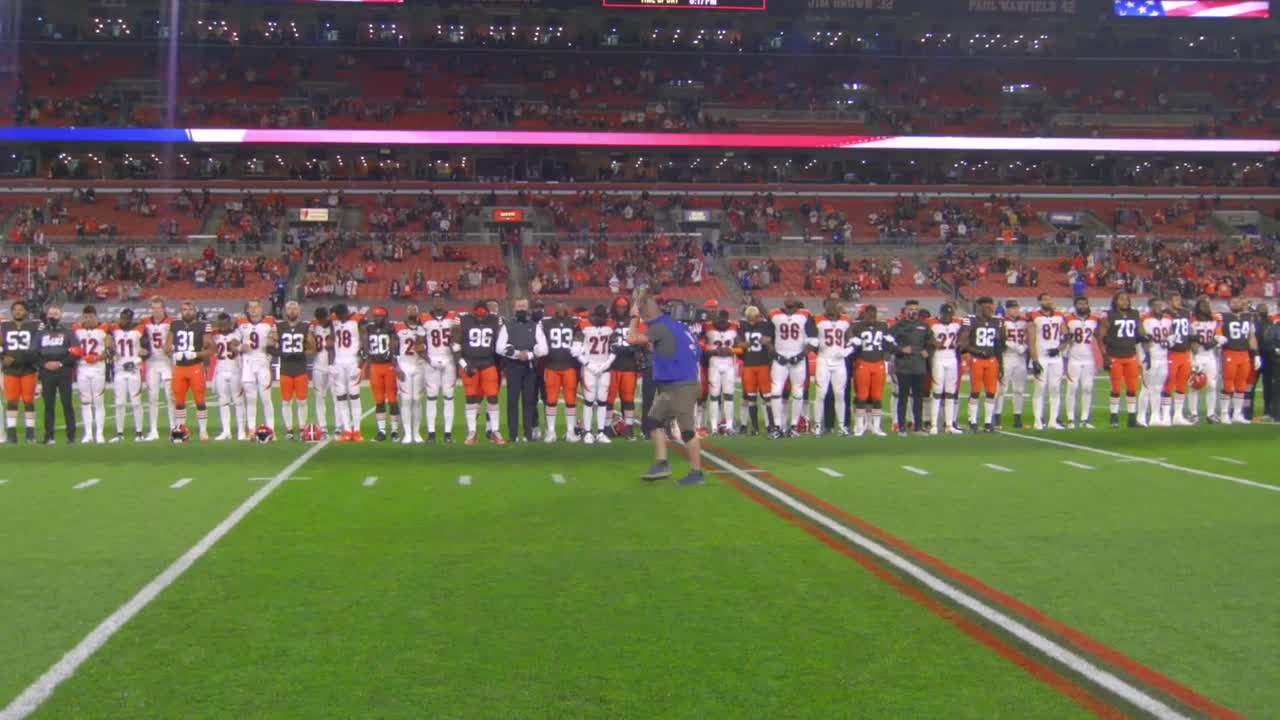 Video provided by the Cleveland Browns. 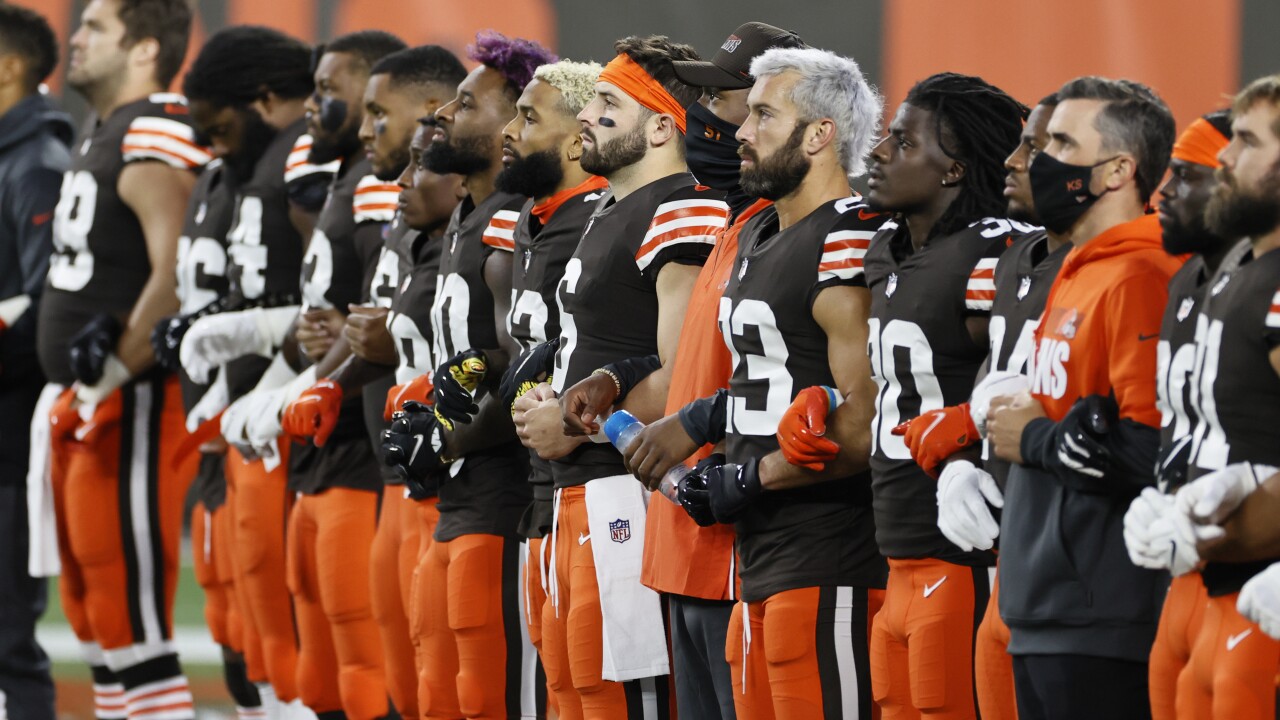 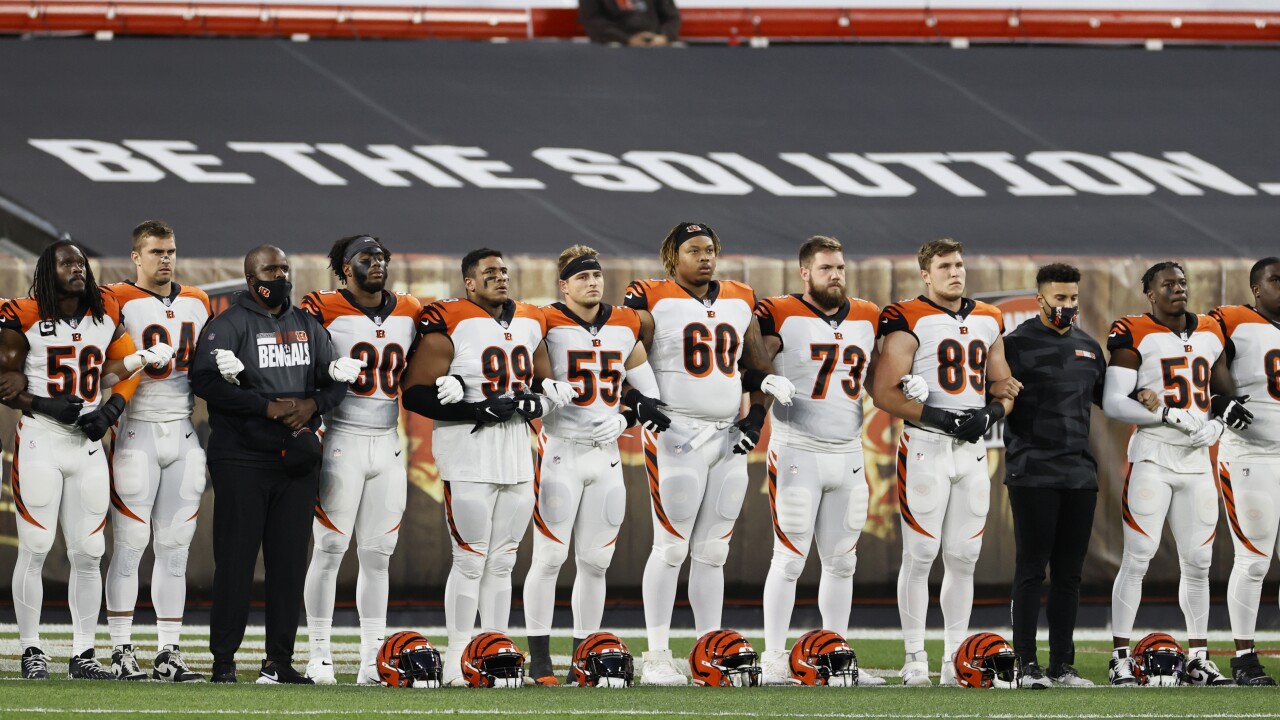 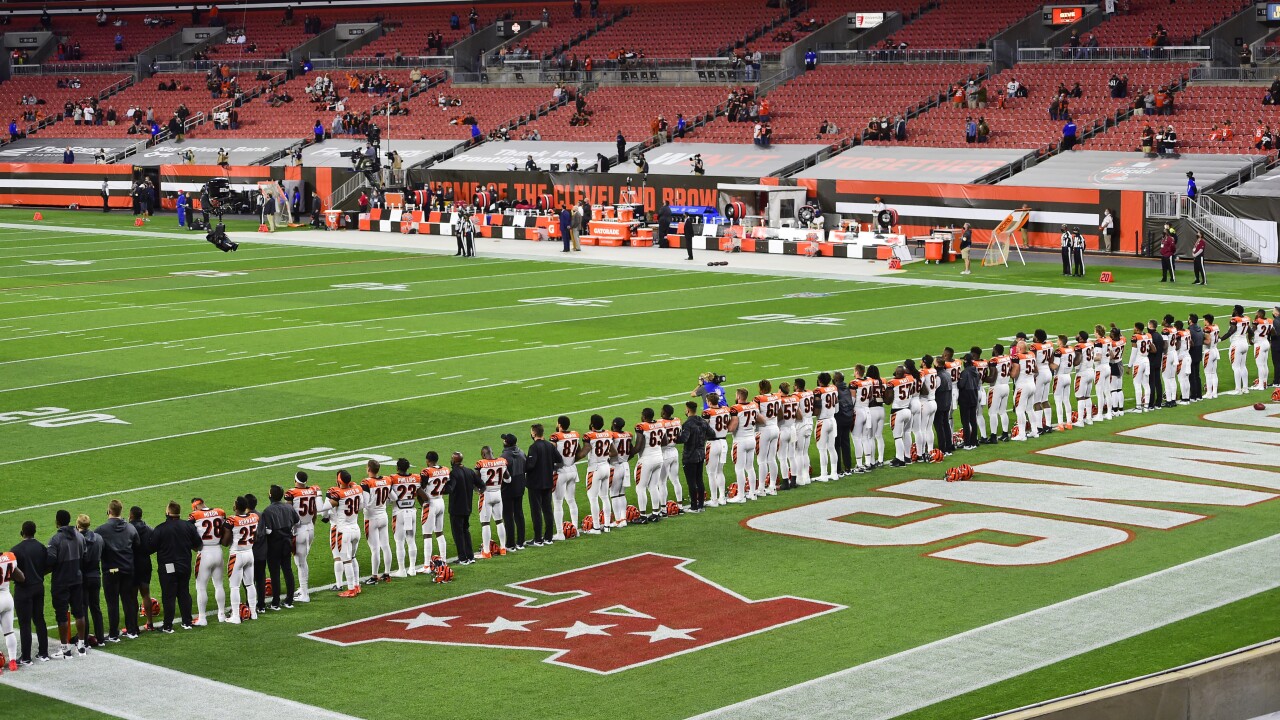 CLEVELAND — Rather than kneel in protest during the National Anthem before the Browns home opener against the Bengals Thursday night, players and coaches from both teams linked arms and stood together mid-field before the game.

The gesture allowed players from both teams to show unity while recognizing racial injustices and the need for police reform, the cause that started the movement among NFL players to kneel rather than stand during the anthem before each game.

The anthem was performed by Dr. Adriane Thompson-Bradshaw, the vice president for student affairs at Ohio Northern University, in a pre-recorded video. After the National Anthem, “Lift Every Voice and Sing,” sometimes referred to as the Black National Anthem, was played while the teams continued to stand in unity before the stadium of 6,000 fans.

The moment may have been inspired by last week’s season kick-off match between the Houston Texans at the Kansas City Chiefs’ Arrowhead stadium. While the Texans elected not to take the field during the National Anthem or “Lift Every Voice and Sing,” both teams joined arms and stood together for a “Moment of Unity” after, with the announcer calling for a “moment of silence dedicated to the ongoing fight for equality in our country.”

Three Browns players – Myles Garrett, KhaDarel Hodge and Ronnie Harrison – opted to kneel during the Browns season opener in Baltimore last week, while the rest of the team chose to stand.

Quarterback Baker Mayfield was up-and-down on the issue pre-season, first saying he would “absolutely” kneel during the anthem in June, then changing his stance one day before the game in Baltimore.

Mayfield said he made the decision after having been shown “that a gesture such as kneeling will only create more division or discussion about the gesture, rather than be a solution towards our country’s problems at hand.”

RELATED: Baker Mayfield says he will stand for national anthem to show 'respect, love and unity to everybody involved'

While kneeling during the anthem is technically prohibited by rules in the league’s game operations manual, Commissioner Roger Goddell said pre-season that he would support players who chose to protest by kneeling.

"We have never disciplined a single player for anything with the national anthem and in violation (of the policy). And I don't intend to. And I will support them,” Goodell said in an episode of “Uncomfortable Conversations with a Black Man" with NFL linebacker Emmanuel Acho.