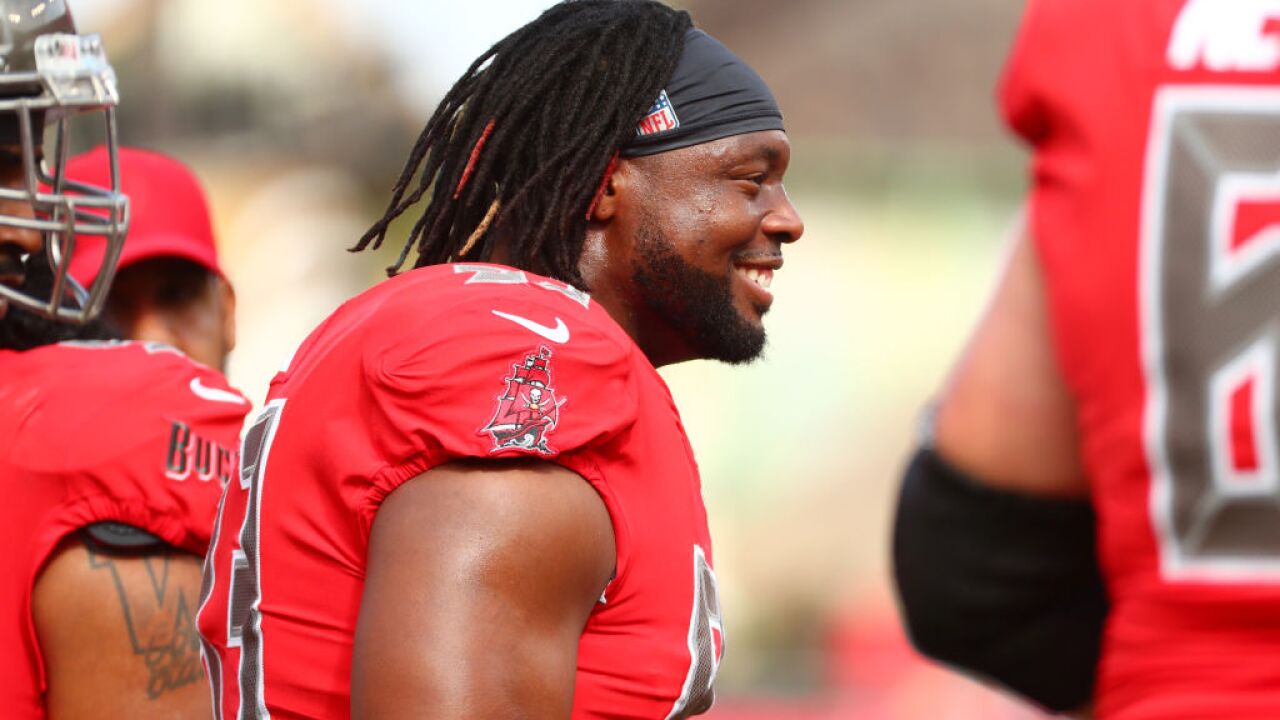 BEREA, Ohio — Gerald McCoy’s free agency tour started with the Browns. They believe it will end with them, too.

Coach Freddie Kitchens said Thursday that he’s optimistic McCoy will sign with Cleveland, which appears to be in a three-time battle with Baltimore and Carolina to land the six-time Pro Bowl defensive tackle.

Recently released by Tampa Bay after nine seasons in a cost-cutting move, McCoy visited the Browns last week and met with the Ravens on Wednesday. He’s reportedly scheduled a meeting with the Panthers as well.

Kitchens said the team’s meeting with McCoy “went as good as it could.” The Browns even encouraged him to speak with other teams.

“We want Gerald to go out and look at other places because when he makes the commitment here, we want him to be all-in because everybody that’s going to be here is gonna be all-in and that’s what we need to get to where we’re going,” Kitchens said after practice. “So we’re fine with him taking a look at everybody else, all right? Because we’ve told him who we were and if that’s who he wants, he’ll end up here and he knows the direction we’re headed.”

The 31-year-old McCoy would like to join a Super Bowl contender, and the Browns have dramatically improved their roster this offseason with the additions of wide receiver Odell Beckham Jr., defensive tackle Sheldon Richardson, edge rusher Olivier Vernon and running back Kareem Hunt.

If the Browns sign McCoy, they would be just the fifth team since 1970 to have four current or former Pro Bowlers on their defensive front. McCoy joining forces with Vernon, Richardson and Myles Garrett, who had 13½ sacks last season despite facing constant double-teams, would give offenses a lot to worry about.

Add in tackle Larry Ogunjobi, who has shown major potential in just two seasons, and the Browns are even more dangerous.

McCoy was released on May 20 by the Buccaneers, who didn’t want to pay him $13 million next season. The Browns already have big money invested into their defensive line (Richardson got a three-year, $37 million deal with $21 million guaranteed) and they’ll have to address Garrett’s future at some point.

Finances don’t seem to be a concern.

McCoy has 54½ sacks in 123 NFL games, but Kitchens likes his other intangibles.

“He’s been in the league a long time. He’s played 10 years. He’s been to the fire. He would offer all those things,” Kitchens said. “We’re still young up front. In a lot of areas even with the guys we signed this year, we’re still young — relatively speaking. You know leadership is being able to go out and do something and let somebody see you do it, and leadership it can also be directing you off the field, on the field and everything else. There are a lot of different aspects of leadership and we’re going to try to create more than just one leader.”

Kitchens said he and McCoy didn’t speak specifically about his role with the team.