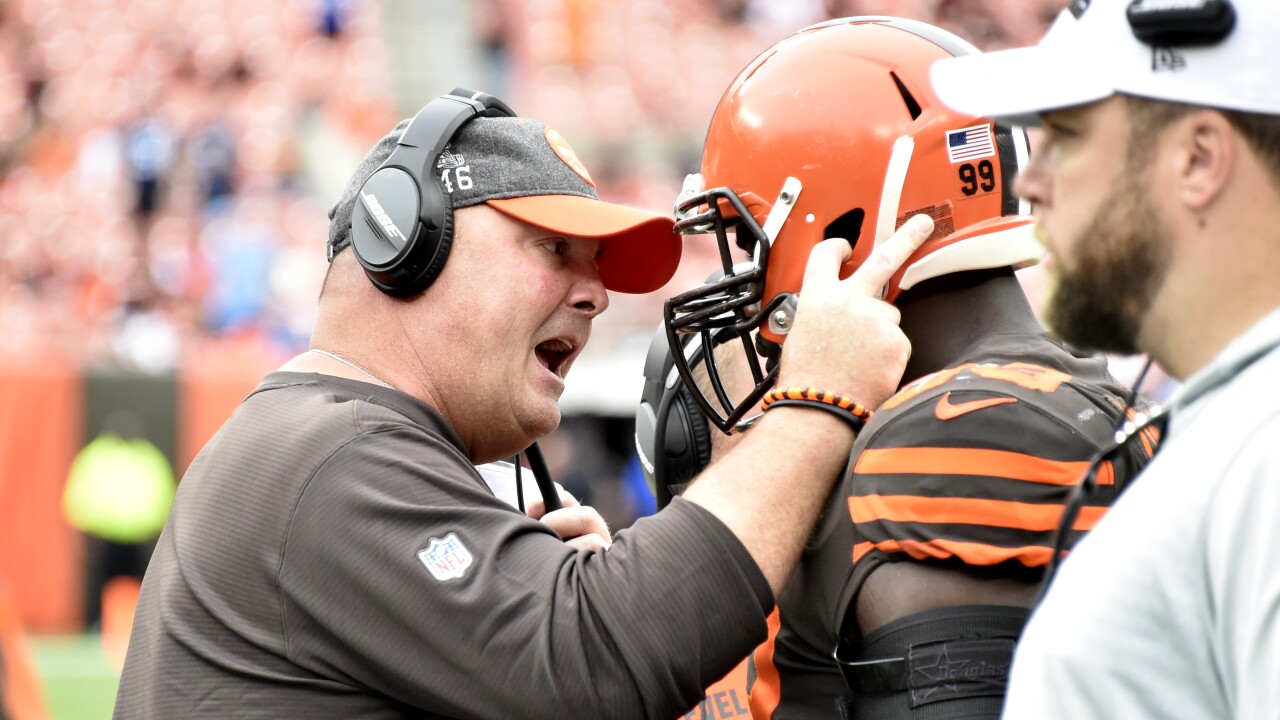 Jason Miller/Getty Images
CLEVELAND, OHIO - SEPTEMBER 08: Head coach Freddie Kitchens talks with defensive tackle Devaroe Lawrence #99 of the Cleveland Browns during the second half against the Tennessee Titans at FirstEnergy Stadium on September 08, 2019 in Cleveland, Ohio. The Titans defeated the Browns 43-13. (Photo by Jason Miller/Getty Images)

CLEVELAND — The Browns racked up a whopping 18 penalties in their season opener loss to the Titans and in doing so, also racked up more than $70,000 in fines, according to an article by News 5 media partner Akron Beacon Journal.

Defensive end Myles Garrett was fined $10,527 after he hit Titans’ tight end Delanie Walker in the face mask with an open hand, the article said.

Left tackle Greg Robinson was fined $10,527 after he kicked Titans’ safety Kenny Vaccaro in the face mask, which also got him ejected from the game, according to the article.

Defensive tackles Devaroe Lawrence and Sheldon Richardson were fined $28,075 and $21,056 respectively. Richardson’s fine came from a roughing the passer call after he shoved Titans’ quarterback Marcus Mariota. Lawrence’s fine came from a verbal exchange with a ref, where he allegedly used an expletive towards the ref, drawing an unsportsmanlike conduct call, the article said.

The Browns ended their first game of the season with the second-most penalties in franchise history and the most in a game since 1951. Those 18 penalties cost the Browns a total of 182 yards.

Following the loss head coach Freddie Kitchens said that the locker room was full of disappointment, but that they are all aware of the lack of discipline the team showed on the field Sunday and plan to turn it around Monday.

“We have a locker room full of disappointment right now, which we should have,” Kitchens said. “We lost our discipline, we lost our composure—but it’s one game.”

RELATED: Punished by penalties: How the Browns home opener went so awry

That one game cost four players a total of $70,185. The four players are all expected to appeal their fines, according to the article.

The Browns look to play a cleaner, smarter game under the prime-time lights as they take on the Jets on Monday Night Football.

RELATED: How to watch the Browns game against the Jets Monday