Buckle up, the Browns are taking us on a rollercoaster ride this season 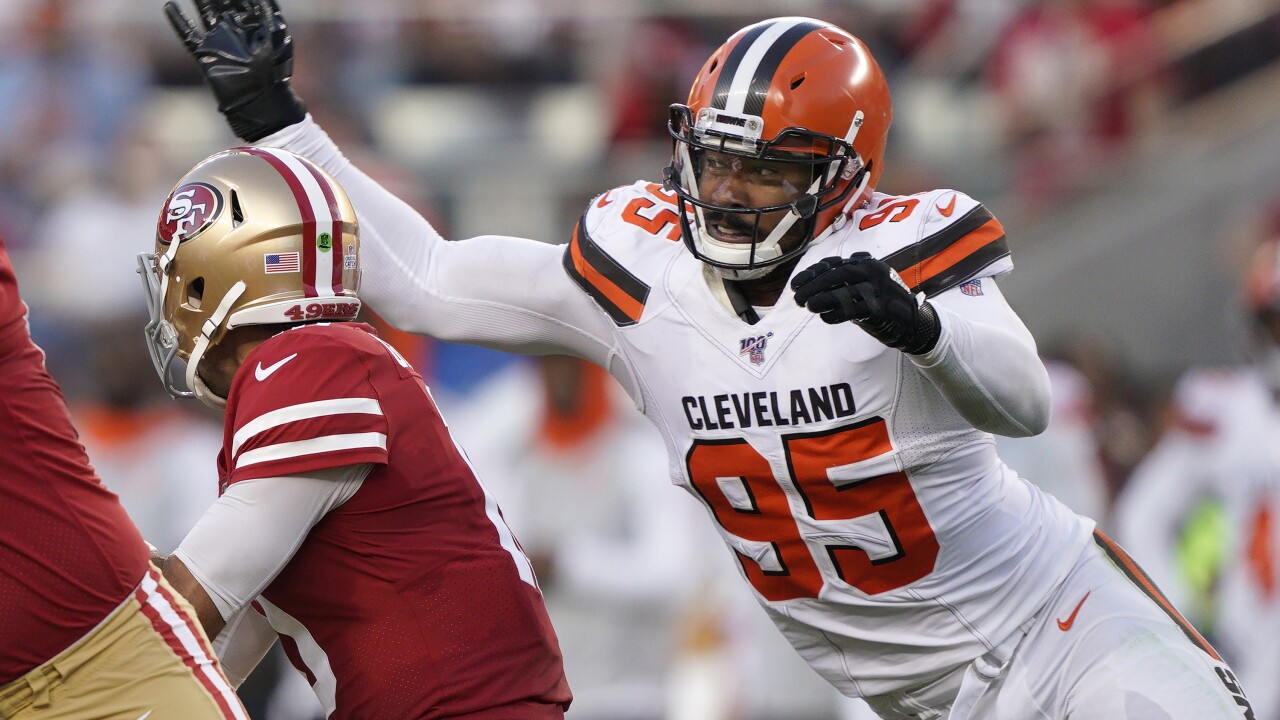 CLEVELAND — The Browns had a disastrous start to their Monday night loss against the 49ers, and somehow it got worse as the night went on. The offense was stagnant in the opening drive, and it didn’t help that the 49ers answered back quickly with an 83-yard touchdown run from Matt Brieda and then intercepted Baker Mayfield on the next possession.

Mayfield, who has struggled pretty much all season, had his worst outing to date Monday. Completing just 8 of his 22 attempts for 100 yards, the sophomore quarterback threw two interceptions (although one wasn’t really his fault.) Mayfield ended the night with a passer rating of 13.4. He fumbled the ball two times. He was sacked four times.

The game fell apart for good when Antonio Callaway bobbled a pass from Mayfield into the arms of 49ers cornerback K’waun Williams, who then ran the interception back to the 50-yard line.

They didn’t improve
The strides the Browns seemed to have made to improve fell short Monday night. Mayfield’s offensive line failed to protect him. The pocket collapsed time and time again and Mayfield regressed back into the nervous wreck we saw in the first few games. Things were so bad that head coach Freddie Kitchens took Mayfield out of the game in the fourth quarter because he felt his starting quarterback was getting hit too much.

Through the first five games of the season, the Browns have given fans the highs and the lows, but Monday night was the lowest. After the explosive win over Baltimore last week, it’s hard not to feel defeated after watching Monday night’s game.

"It was like one step forward, two back," Mayfield said after the game. "No rhythm for the offense to get into. And when we did, we just got down in the red zone and didn't finish. The inconsistency is killing us right now."

Still a lot of season left
While the Browns are at the bottom of a hill on this rollercoaster of a season, the ride is far from over.

The early schedule is tough. The Browns hung in there with Super Bowl contending Rams in Week 3 and got outplayed and outcoached by the still undefeated 49ers. The Seahawks and the Patriots are not going to make it any easier.

Once they get past those tough matchups, the ride should get fun again. With a schedule that sets them against the Dolphins, Steelers, Cardinals, Broncos, Bills and Bengals, the Browns have a good chance of ending the season on a very high note.

Last month Kitchens said, "I want to be playing our best football at the end of the year," and that seems like the Browns’ best chance at a successful season. The lows the Browns are going through might be seen as the perfect learning lessons for a rookie head coach and a team that is still learning how to play together.

If they finish strong, the Browns could still win their division, which is down this year, and find the playoffs for the first time in 17 years. It's probably going to be bumpy before then, so buckle up.