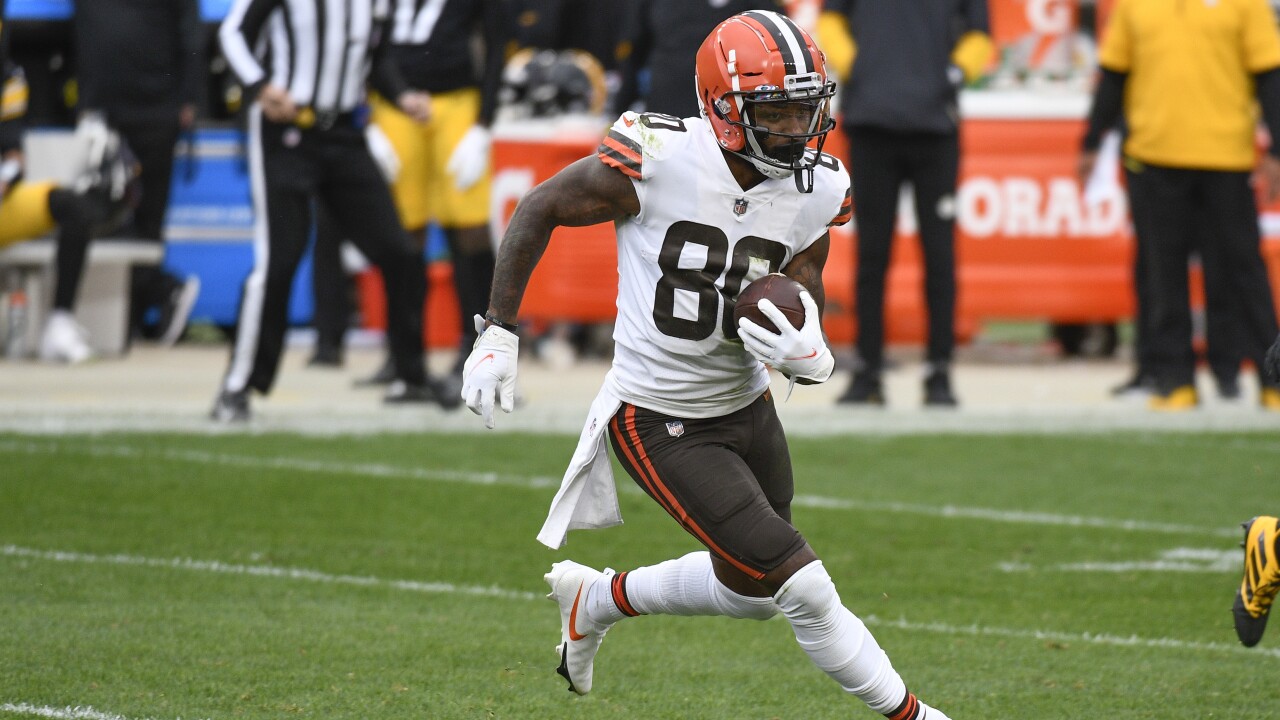 Landry left the game against the Colts for several plays after a hard hit, but made his way back to the field, despite looking banged up.

On Thursday, Landry said that the hit broke one of his ribs, but that hasn’t stopped him from getting out on the field and trying to help his team win.

“It hurts but depending on the play at times it’s bearable but we’ve done a good job at making sure that I’m getting good protection throughout the week and then making sure that I cover it up and do what I need to do to play on Sundays,” Landry said.

Landry’s teammate, linebacker Mack Wilson, said that playing through an injury like that shows just how much of a leader Landry is and shows his dedication to the team’s success.

“It’s crazy when you’ve got guys on the team who are willing to do whatever it takes to help the team, to help the team win, to give us any chance to win. It’s crazy, it’s something that you can’t really even put into words,” Wilson said. “I’m just trying to be one of those guys like Jarvis as my experience and my years come along.”

“There’s no one tougher on the team,” Van Pelt said. “He’s made out of burlap. He’s tough as nails.”

Landry has not missed a game in his six seasons in the NFL. After Sunday’s game against the Steelers, Landry has now recorded at least two receptions in 101 consecutive games, the longest active streak in the NFL and the fifth longest streak in NFL history.

Last year, Landry played through the season with a hip injury that he had surgery to repair during the offseason.

RELATED: ESPN analyst Dan Orlovsky: Browns shouldn't give up on Baker, but he and the team have work to do