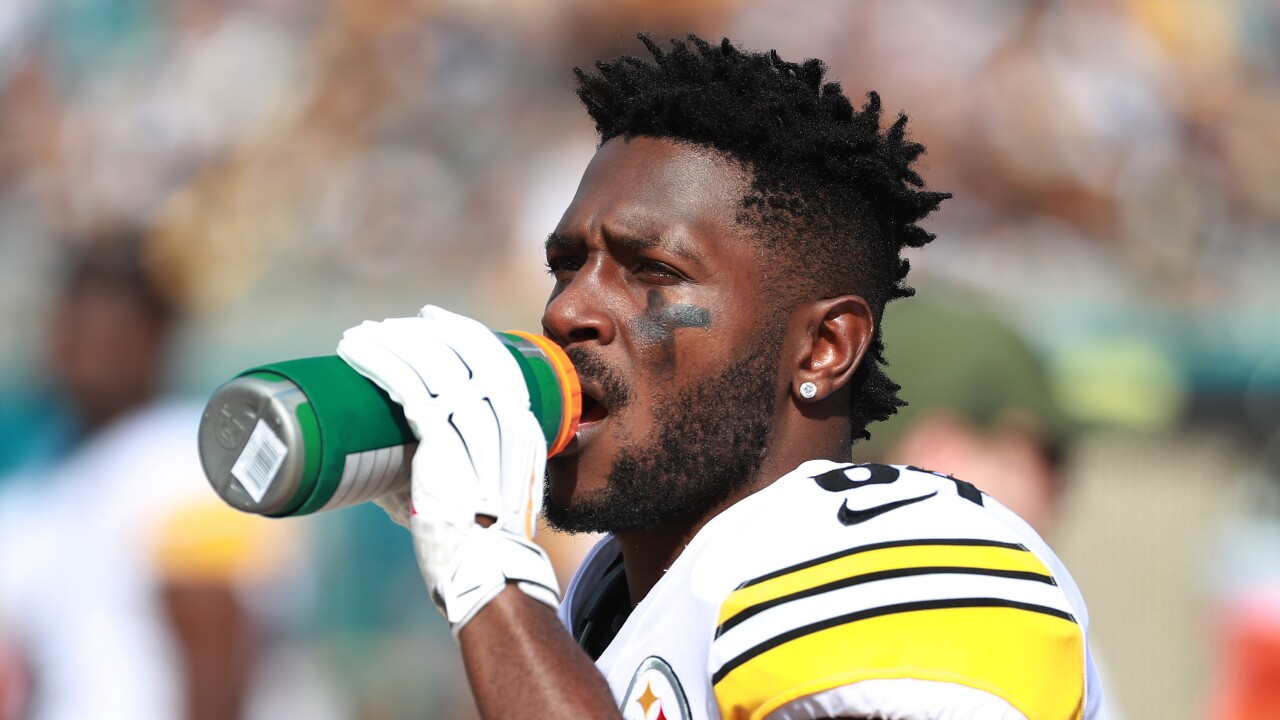 CLEVELAND — In a rare occurrence, Pittsburgh Steelers wide receiver Antonio Brown is making his support for the Cleveland Browns season finale on Sunday loud and clear, although his motivations may be self-serving.

The Pro-Bowl wide receiver took to Twitter on Wednesday to show a clever way for Steelers fans to show support for the team's AFC North rival in the final game of the season against the Baltimore Ravens.

RELATED: Report: LeBron James had difficulty getting people to come to Cleveland, Baker Mayfield relates to the Land

who else has their #84 @browns jersey ready for Sunday? pic.twitter.com/09WIfhCKPM

It didn't take long for the idea to catch on among Steelers fans.


If the Browns beat the Ravens on Sunday , they will have their first winning record since 2007, but they will also allow the Steelers to get into the playoffs.

If the Ravens win, the Steelers will have to beat the Bengals and the Titans and Colts have to tie for Pittsburgh to get into the playoffs.