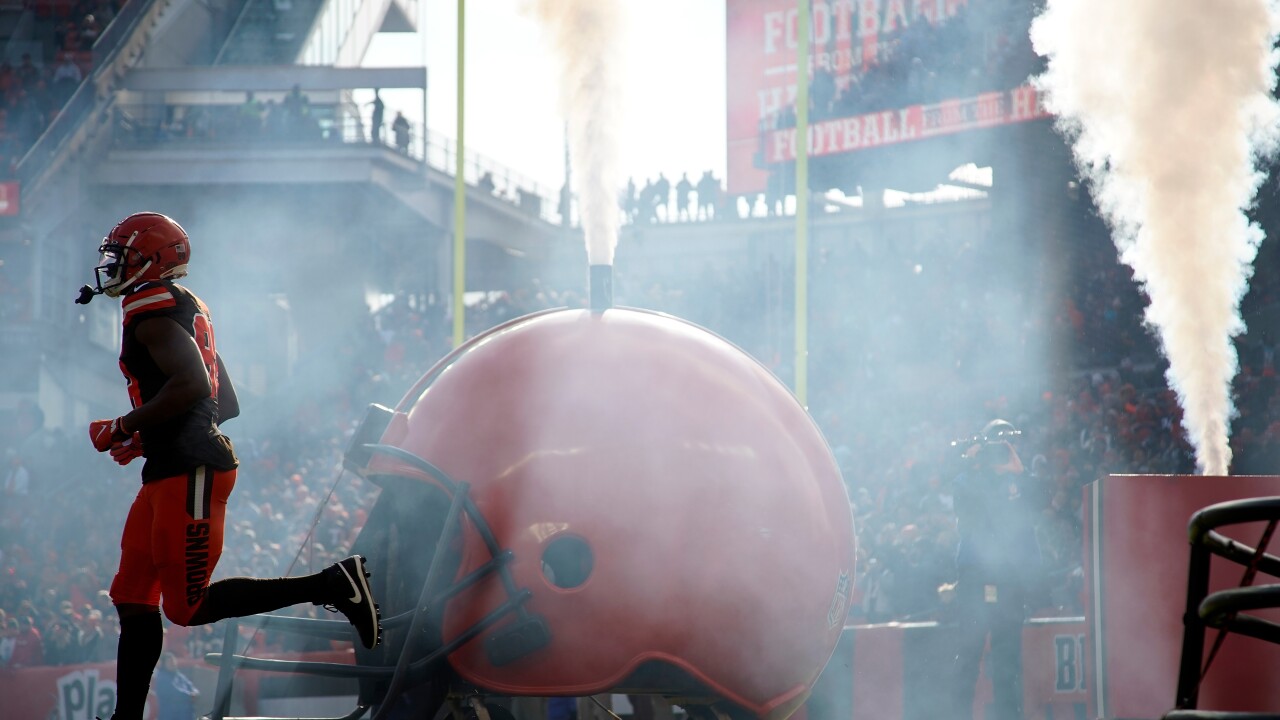 CLEVELAND — It's no fun to say, but this Browns season is basically over. With a frustrating loss to the Steelers and a Ravens win against the 49ers on Sunday, the Browns have officially been eliminated from AFC North contention. The Bills have all but locked in the first Wild Card spot, and the Steelers kept hold of the second spot.

It would take a miracle, in addition to winning out, for the Browns to snag that second wild-card spot, so while we will all hope for said miracle, we also need to be realistic. It's time to think about next year. Here are three things the Browns need to improve if they want to deliver on this season's goal -- a spot in the playoffs.

During Sunday’s game against the Steelers, Baker Mayfield was sacked five times. He’s been sacked 27 times this season. While it’s not the worst in the league, it definitely isn’t the best. Greg Robinson was ruled out of Sunday’s game with a concussion, and in his absence, the flaws of the o-line were very apparent. Justin McCray, in for Robinson, and Chris Hubbard struggled with their assignments.

Trading Kevin Zeitler in the spring was a major hit to the line. With JC Tretter and Joel Bitonio the only saving graces, the Browns would be wise to look for players to strengthen the position. It’s obvious the front office is aware of the issues, as they showed interest in trading for Trent Williams at the deadline, but the Redskins’ asking price was just too high. Next season, they should make it a top priority and sign some talent to protect Mayfield.

With Morgan Burnett on IR, Eric Murray still injured and Damarious Randall inactive due to a coach’s decision, the Browns were without a starting safety, relying on rookie Sheldrick Redwine and Juston Burris to fill the role. The Browns are also thin on the line after losing Garrett for the rest of the season and Olivier Vernon still slowed by his knee injury.

Losing starters and banking on the next man up can highlight needs, and the Browns have shown their need for more depth in the defense. Next season, the Browns should load a few more safeties onto the roster and hope the league reinstates Garrett before the season starts.

The defensive schemes drawn up by defensive coordinator Steve Wilks have been mind-boggling. There has been little to no pressure put on opposing quarterbacks, and Sunday was no different. While depleted, the Browns' defense got beat by a no-name rookie quarterback for the second time this season.

This season, cornerbacks don't seem to ever be in a position to make plays. On Sunday, the Browns’ defensive backs looked bad. Really bad. Greedy Williams and Denzel Ward failed to play the ball and turn their heads during their coverage, missing out on chances to pick the ball. That goes back to coaching.

For the first time in a long time, the Browns have a roster stacked with talent, but now they need someone to manage that talent. It’s easy to say “Fire Freddie,” but at this point, easy isn’t what the Browns need.

Head coach Freddie Kitchens still doesn’t seem keen on embracing the fact that the Browns’ identity is a running team, as he showed Sunday. In a one-score game, Kitchens only ran the ball a total of six times in the second half Sunday. It was a strange and costly decision.

No one wants Mayfield to have to deal with another coaching change and learn a third playbook, so firing Kitchens probably isn’t the best option. Although he’s been adamant about holding onto the reins, maybe it’s time for Kitchens to finally give up the play-calling and focus on mastering all three phases of the game.