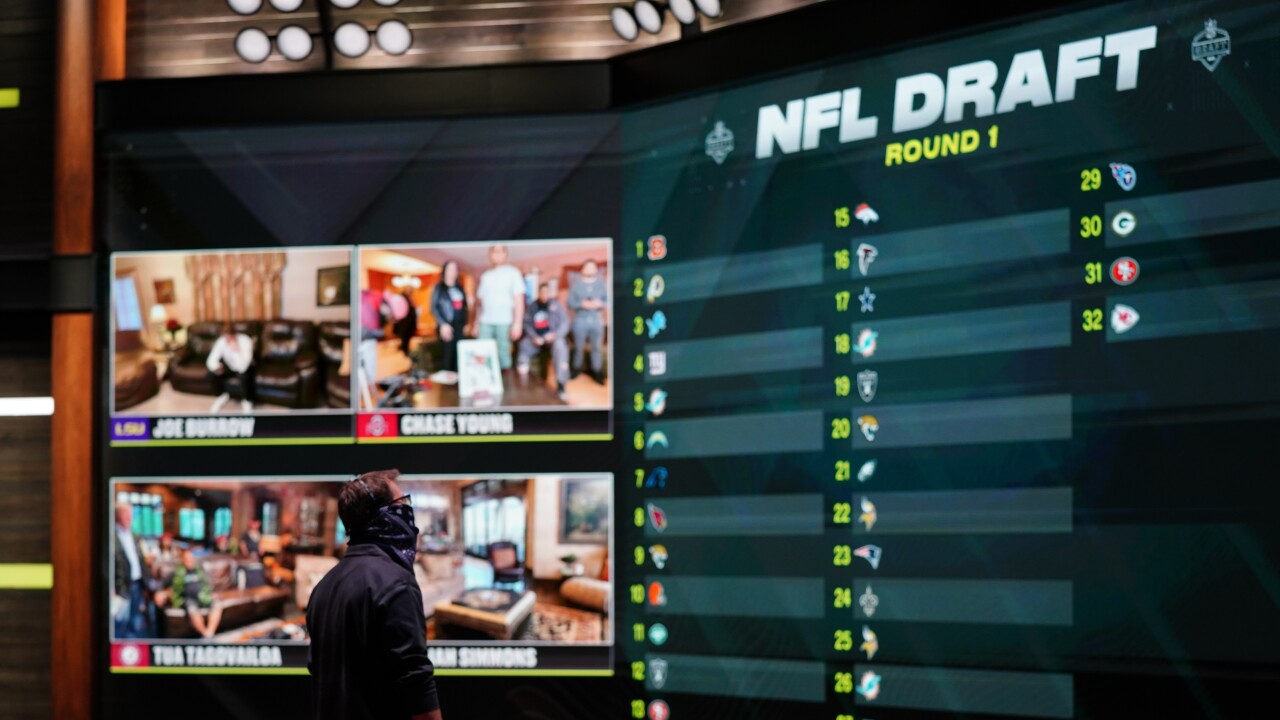 Allen Kee/AP
In a photo provided by ESPN Images, the draft board is seen before the start of the NFL football draft, Thursday, April 23, 2020, in Bristol, Conn. (Allen Kee/ESPN Images via AP)

CLEVELAND — With sports on hiatus during the COVID-19 pandemic, it was almost implied that the NFL Draft was going to be watched by many. It wasn’t just widely watched, however—it was record-breaking.

The 2020 NFL Draft was the most-watched NFL Draft ever, according to the league.

Over the three-day event, more than 55 million viewers tuned in to see the top college prospects make their way into the NFL, the league said.

An average audience of more than 8.4 million viewers tuned in to all three days of the draft across ABC, ESPN, NFL Network, ESPN Desportes and digital channels, breaking the all-time average high of 6.2 million viewers that was reached in 2019, according to the league.

Cleveland, with a vested interest to see who new general manager Andrew Berry would select in his first time drafting for the Browns, had one of the top ratings in the country for viewership, just under Columbus, according to ESPN.

Once again, the state of Ohio comes strong for #NFLDraft

Columbus (8.8 rating) leads all markets, followed by Cleveland (8.7) with Cincinnati (8.5) also in the top-5. https://t.co/rScbrD5Lrp pic.twitter.com/Ve7R9tmCUr

On the first night of the NFL Draft, Cleveland, Columbus and Cincinnati were among the top five markets.

On the second night of the NFL Draft, Cleveland was the top market in the country.

Thanks to the record-breaking viewership, the NFL’s charity event “Draft-A-Thon LIVE” helped raise $6.6 million to benefit COVID-19 relief efforts across the country. More than $100 million has been raised in total by the NFL’s efforts.

RELATED: What Jedrick Wills brings to the Cleveland Browns