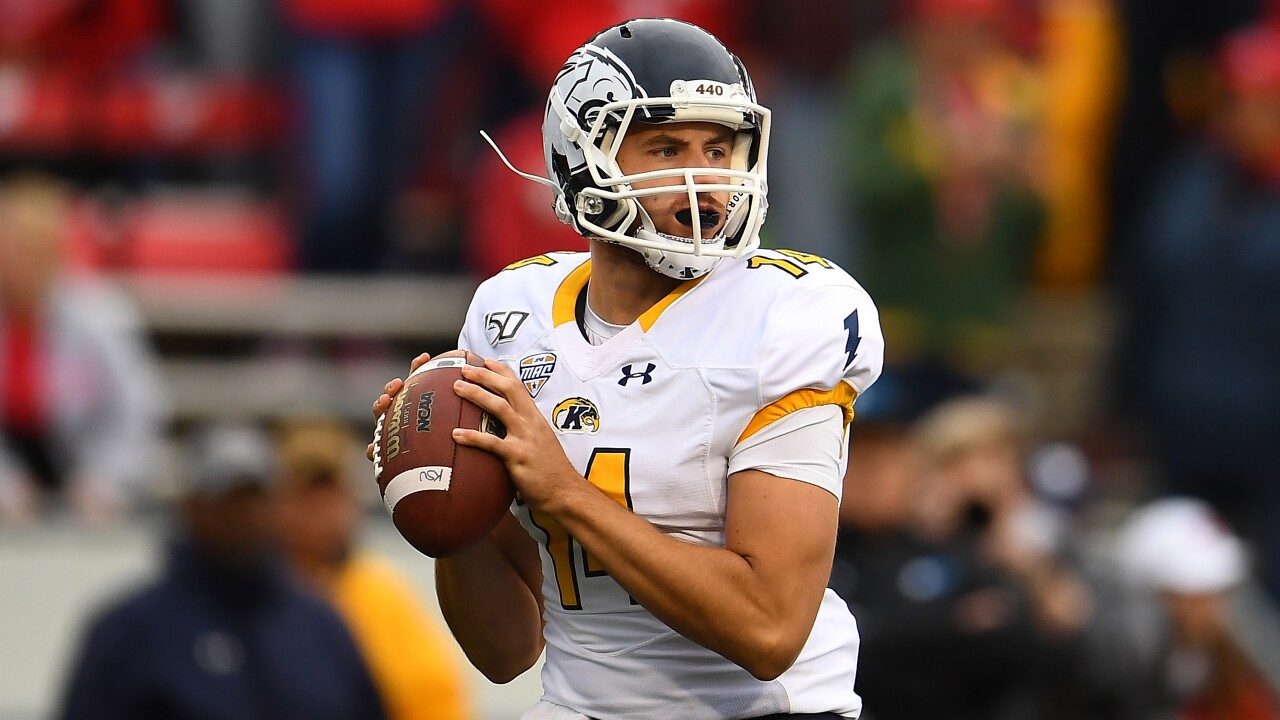 KENT, Ohio — The Kent State Golden Flashes are bowl eligible for the first time since 2012 after beating Eastern Michigan 34-26 Friday.

This is the fourth time over the last 30 years that the Golden Flashes are eligible for a bowl game, and if selected, would be the fourth ever bowl game in program history.

In 2012, Kent won their way into the GoDaddy.com Bowl game. They ultimately fell to the Arkansas State Red Wolves, 17-13.

Before the GoDaddy.com Bowl game, the Golden Flashes appeared in the Tangerine Bowl in 1972 and the Refrigerator Bowl in 1954. They lost both bowls.

While the Golden Flashes are eligible for a bowl game, they still are not guaranteed one just yet.

Kent will find out if they have received a bowl bid next week.

If they are selected, the team will have a chance to make history by winning their first bowl game in program history.