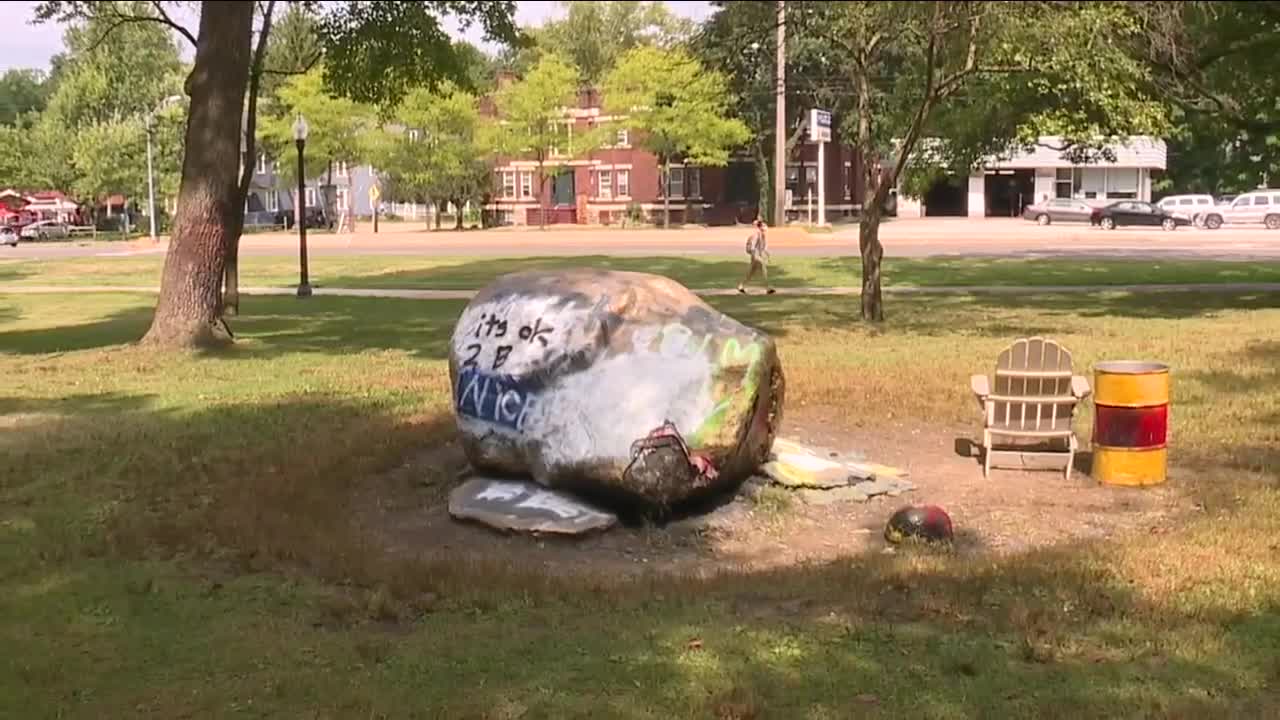 Kent State University is exploring multiple options, including removing a rock on campus after a hateful message was painted on it for the third time this year. 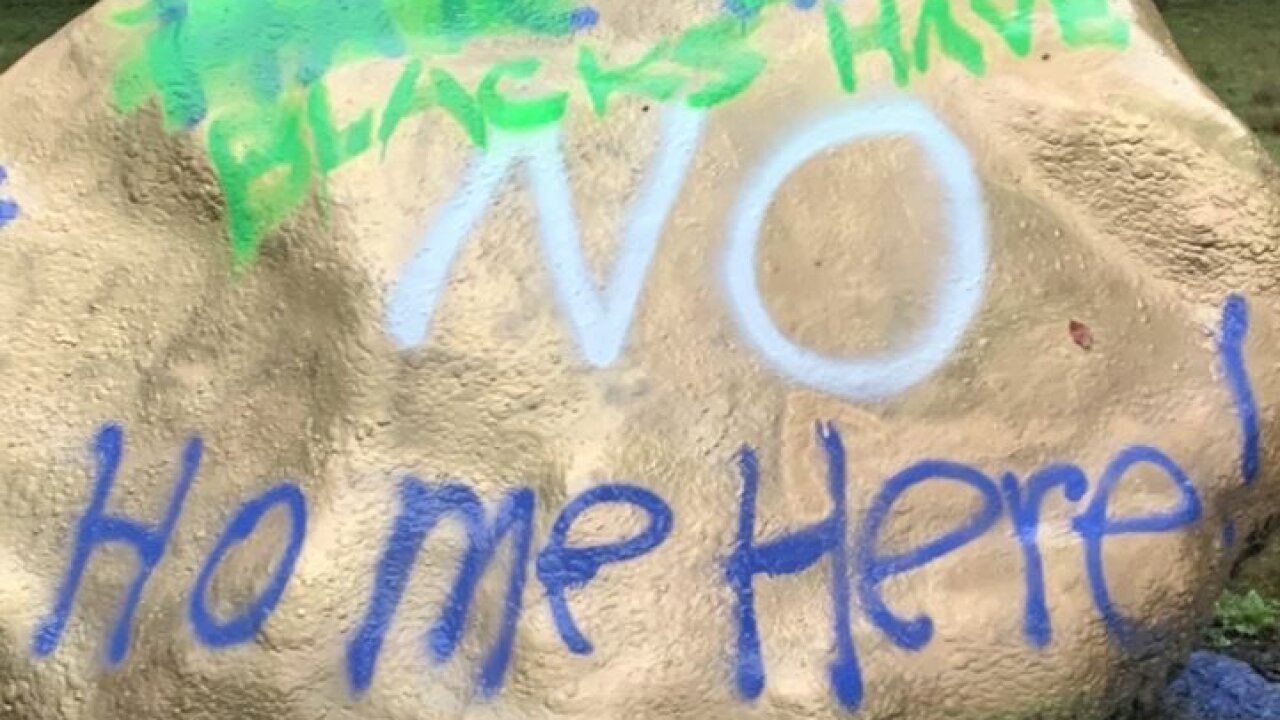 KENT, Ohio — Kent State University is exploring multiple options, including removing a rock on campus after a hateful message was painted on it for the third time this year.

The university released the following statement Monday night after images circulating on social media showed that the rock said "Blacks have no home here."

“We want surveillance around here. We want physical surveillance by some of the police departments,” said a student with the National Association of Colored Women’s Club, who only identified herself as Mrs. Paige.

“I want to see the people who are spray painting these racists messages be held accountable,” sophomore Esther Luo.

"We are appalled that some continue to use the Rock to convey vile, hurtful messages that are threatening to our Kent State community, specifically our Black community, and against our core values. Because of the repeated nature of these messages we are investigating several potential actions, including fencing off the Rock, installing security cameras, and even its removal. Now more than ever we commit to inclusion, respect and kindness as the most authentic expressions of who we are as a university and who we are as a family."

“Everyone knows about it, everyone has pretty strong beliefs one way or the other,” said sophomore student Thomas Palcic.

Students and members of the community shared their outrage over the message painted on the rock.

“Especially with the history of the school, it’s disappointing to see how they are handling the situation,” said sophomore student Maria Wharton.

I am sickened, outraged, angered, disgusted, and much more. I’m lost for words. Our community, and greater society, must do better. The fact that this is on my campus sickens me to no avail. pic.twitter.com/7nqQKSzpAi

It’s the rock war for me.. pic.twitter.com/wVtSZJAGOC

This is why we can’t just “shut up and *fill in blank*!” I hope Kent State University does something FAST about this matter. As an alum, i need something more than just a statement! WE NEED ACTION AND CHANGE! pic.twitter.com/QNdIqI7MJv

A Black Lives Matter protest is planned at the university for Thursday.