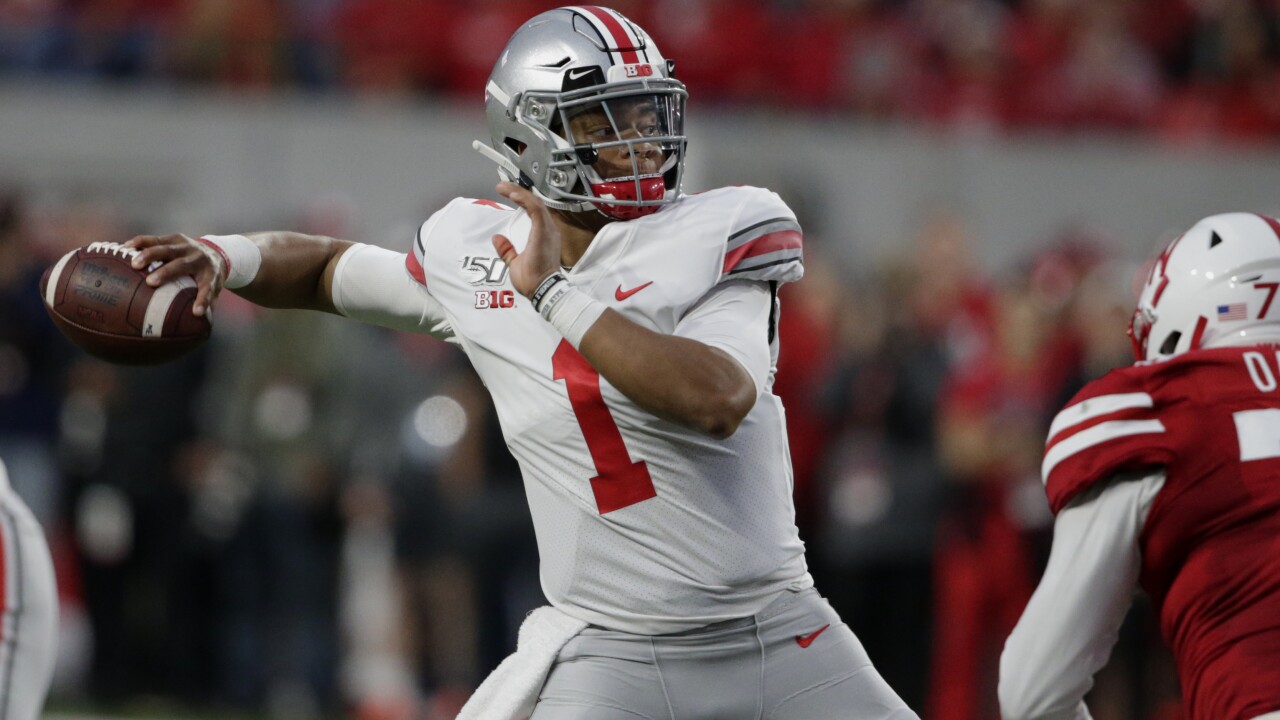 COLUMBUS, Ohio — The Ohio State University football team takes on Nebraska at Ohio Stadium in Columbus on Saturday at noon.

Here’s how you can watch.

Ohio State receiver Chris Olave took a wrong turn in the end zone last December and has been itching to get back on the football field ever since. He’s not the only one.

Olave’s miscommunication with quarterback Justin Fields led to an interception and sank a comeback bid by the Buckeyes late in the playoff semifinal game against Clemson.

Expect the junior wideout to be a favorite target for Fields again as No. 5 Ohio State opens its pandemic-delayed season Saturday against a Nebraska team struggling for relevance again under third-year coach Scott Frost.

Olave and Fields -- a 2019 Heisman Trophy finalist -- are not the only returning big guns for the Buckeyes. The offensive line is stocked with NFL talent and the seasoned defense features All-American cornerback Shaun Wade.

“The biggest challenge preparing for Ohio State is just the talent they have on the team,” Frost said. “We know this is one of the best teams in the country.”

Frost named Adrian Martinez the starting quarterback this week. Martinez, who had a great freshman season in 2018 but was slowed by a knee injury last year, beat out Luke McCaffrey, brother of NFL star Christian McCaffrey and son of former pro receiver Ed McCaffrey.

Ohio Stadium, which usually packs in more than 100,000 fans for Buckeyes games, will have only about 1,600 in the whole place because of coronavirus restrictions. Family and friends of the players and coaches will be spread out through the lower deck and additional crowd noise will be piped in. No band, no cheerleaders, no Brutus Buckeye.