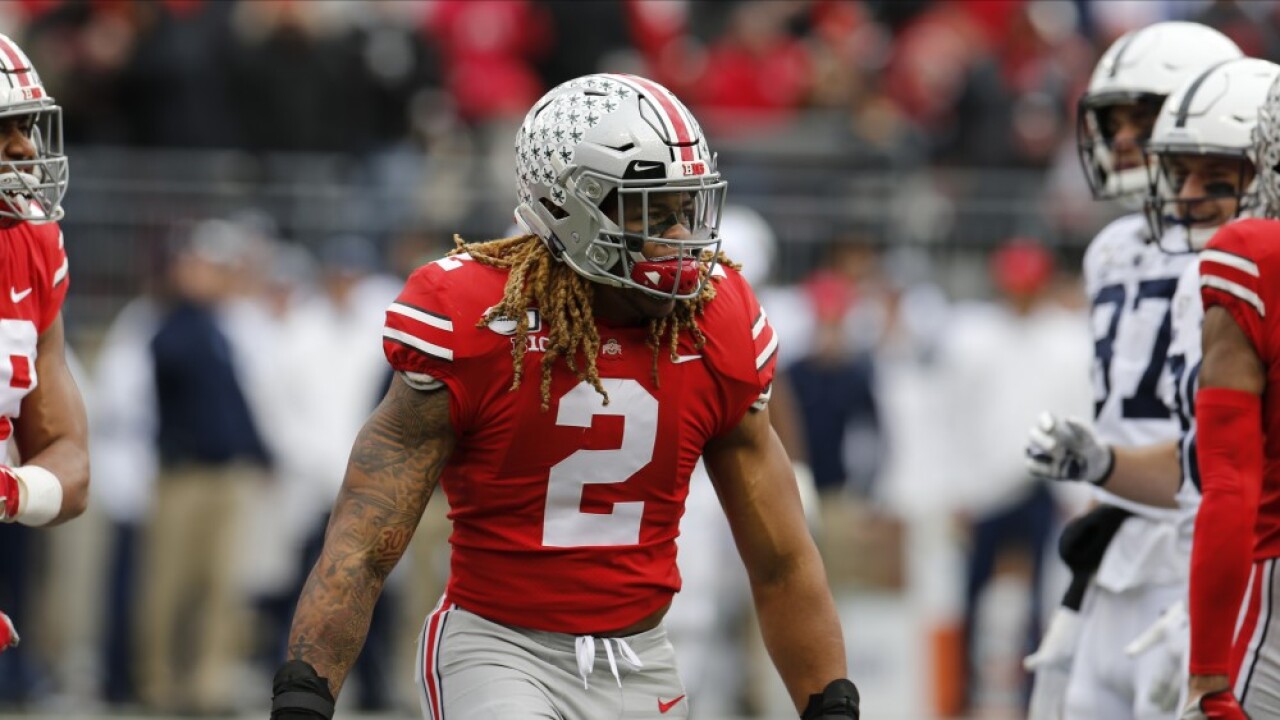 ROSEMONT, Ill. — Ohio State defensive end Chase Young has been selected as the Big Ten Defensive Player of the Year.

No. 2 Ohio State boasts the country’s No. 1 defense, with Young leading the way. The junior has a school-record 16½ sacks — the most by a Big Ten player in 21 years — and 30½ in three seasons. Young was also named Defensive Lineman of the Year.

Ohio State coach Ryan Day was chosen Coach of the Year by media, while Minnesota’s P.J. Fleck was picked by the Big Ten’s coaches in voting announced Tuesday by the conference.

Penn State’s Micah Parsons (linebacker) and Minnesota’s Antoine Winfield Jr. (defensive back) were among the other winners. Offensive awards will be announced Wednesday.