Report: Jim Harbaugh staying at Michigan, will not leave for NFL 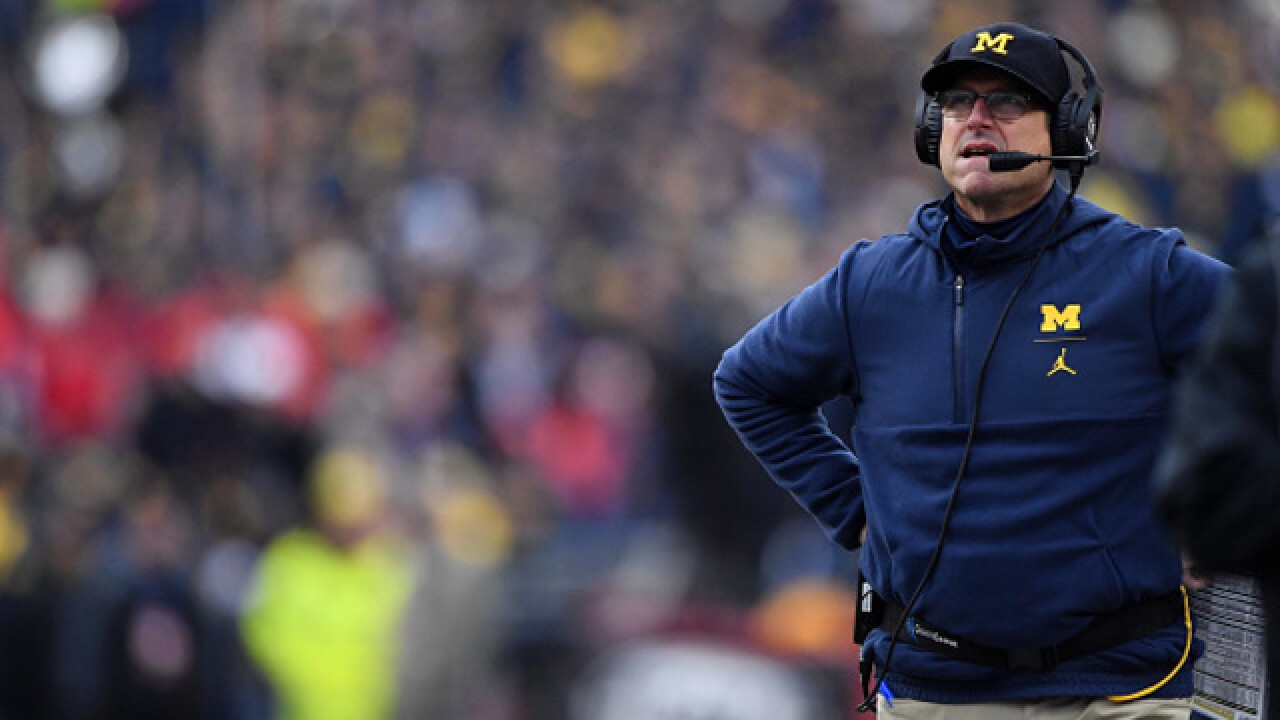 Copyright 2018 Scripps Media, Inc. All rights reserved. This material may not be published, broadcast, rewritten, or redistributed.
Jamie Sabau
<p>COLUMBUS, OH - NOVEMBER 24: Head Coach Jim Harbaugh of the Michigan Wolverines looks up at the scoreboard in the third quarter after the Ohio State Buckeyes scored at Ohio Stadium on November 24, 2018 in Columbus, Ohio. Ohio State defeated Michigan 62-39. (Photo by Jamie Sabau/Getty Images)</p>

Jim Harbaugh is staying at Michigan and will not return to coaching in the NFL, according to ESPN.

Harbaugh is 38-13 in his four years at Michigan and coached the Wolverines to a 10-2 record this season.

Michigan has not beaten Ohio State with Harbaugh as the coach.

The Wolverines will face Florida on Dec. 29 in the Chick-Fil-A Peach Bowl.

Harbaugh went 44-19-1 in four seasons with the 49ers and coached San Francisco to an appearance in Super Bowl XLVII before returning to the college ranks in 2015 to coach at his alma mater, Michigan.