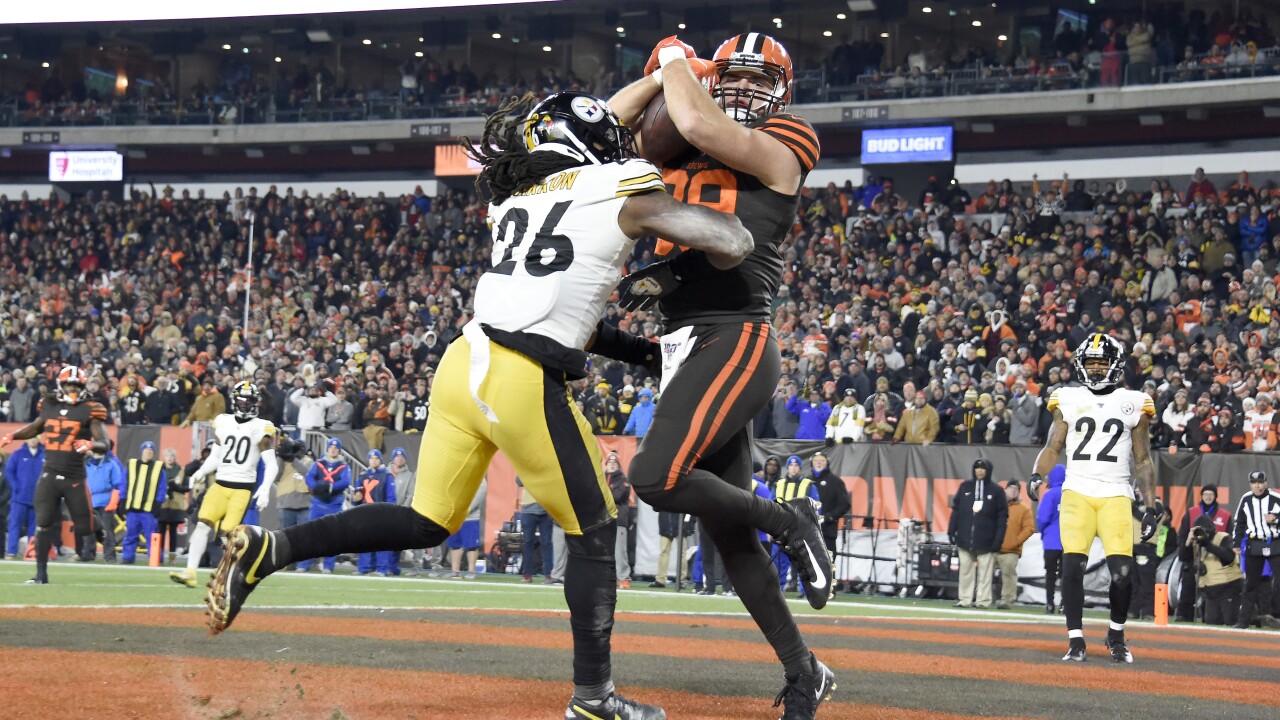 CLEVELAND — After a crucial win against the Miami Dolphins at home last week, the Cleveland Browns head to Pittsburgh to face-off against the Steelers for a second time on Sunday.

The game will air on CBS beginning at 1 p.m. You can watch the game online with CBS All Access (you can get a one-month free trial) and other services such as NFL Game Pass and Fubo TV. Note that restrictions may apply, and some games will not be available live.

Tune in to News 5 at 10:30 a.m. Sunday for Browns Countdown. Jon Doss, Hanford Dixon, Je'Rod Cherry and Nathan Zegura will break down everything you need to know before the game.

Then head to the News 5 Cleveland Facebook page at halftime to watch News 5's Halftime Live.

After the game, celebrate or lament with Derek Forrest on Browns Town Live at 11:35 p.m. Sunday, just after News 5 at 11 p.m.

First, do yourself a favor and read this well-researched investigation into why the Browns are at a statistical disadvantage when it comes to challenging calls:

There were a lot of good things to take away from the Browns' win over the Dolphins on Sunday afternoon. While Baker Mayfield, Nick Chubb, Odell Beckham Jr., and Jarvis Landry all had impressive outings, there’s someone else who needs to be discussed — the hometown kid, the one whose appearance on the field the last three games has coincided with the salvation of Mayfield, the offense and the entire season: Kareem Hunt.

With last week's win, the Browns are still in playoff contention, provided they fare well deep in rival territory on Sunday.

Speaking of which, if you're heading to Heinz Field Sunday to support the Browns, you will be able to wear your Myles Garrett jersey, in spite of reports to the contrary. Remember though, you are representing your team and the great city of Cleveland, so let's show them respect and civility are in our playbook.

Mason Rudolph has been benched for the upcoming game. In case you forgot (you didn't forget), there was a wee dust-up during the match-up two weeks ago, which eventually did result in a $50,000 fine for the quarterback.

This week, the Browns showed us why they're number one on and off the field with Baker and Emily Mayfield, Myles Garrett, Jarvis Landry and more serving up thousands of turkey dinners to those in need.