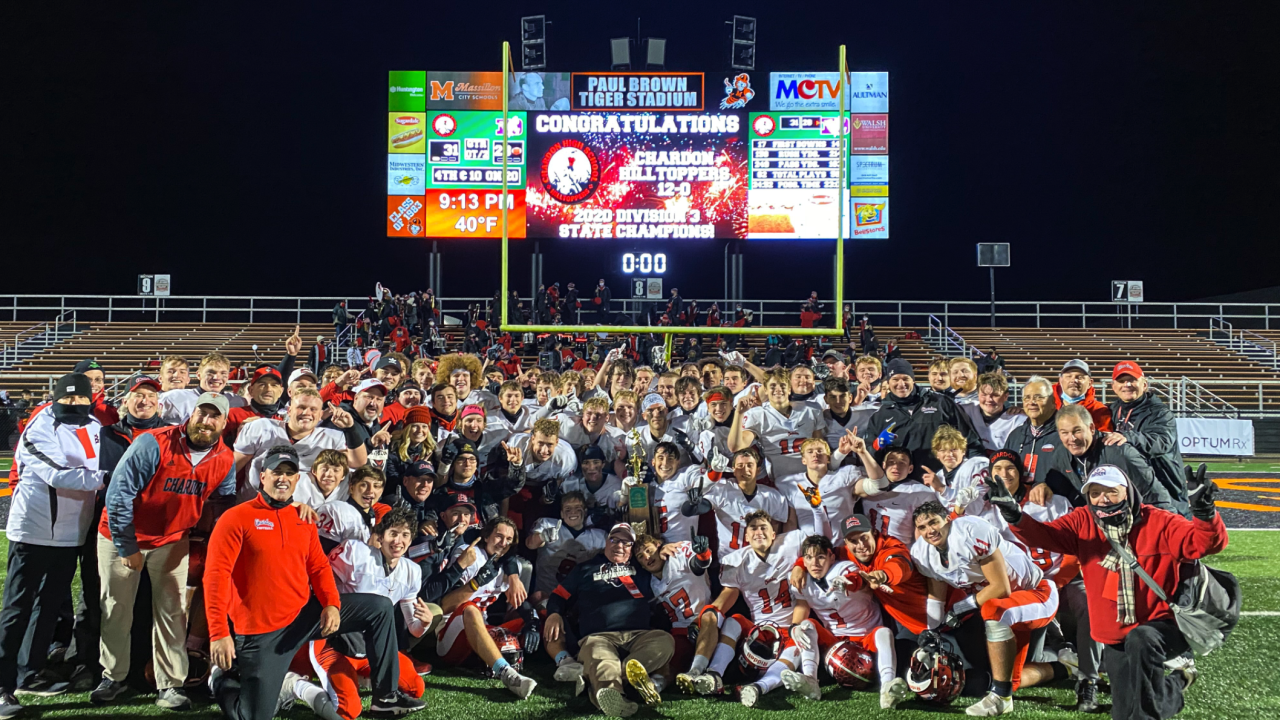 Saturday’s game was a long one, going into double overtime as the two teams battled it out on the field.

Chardon and DeSales both scored in the first quarter. Senior Drew Fetchik scored for the Hilltoppers on a one-yard run following the Stallions first touchdown—a 74-yard run from senior Quintell Quinn.

DeSales scored again in the second quarter on a 15-yard run from Quinn, putting the Stallions up 14-7.

Chardon senior Blake Barker tied things up with a 63-yard touchdown catch and run early in the third quarter, but DeSales took a 28-14 lead by the start of the fourth.

Down to the wire, the Hilltoppers tied it up again with just over two minutes left to play with a 9-yard run by senior Evan Ash. The Stallions were unable to score in that time, sending the championship game to overtime.

In overtime, DeSales had a chance at a field goal but Chardon blocked it, keeping things tied up. DeSales returned the favor, however, and blocked a field goal of their own.

Chardon was finally able score in double overtime from a 33-yard by junior Nathan Tager, putting the Hilltoppers up 31-28.

The Stallions were unable to answer. A missed field goal from DeSales sealed the win for Chardon.