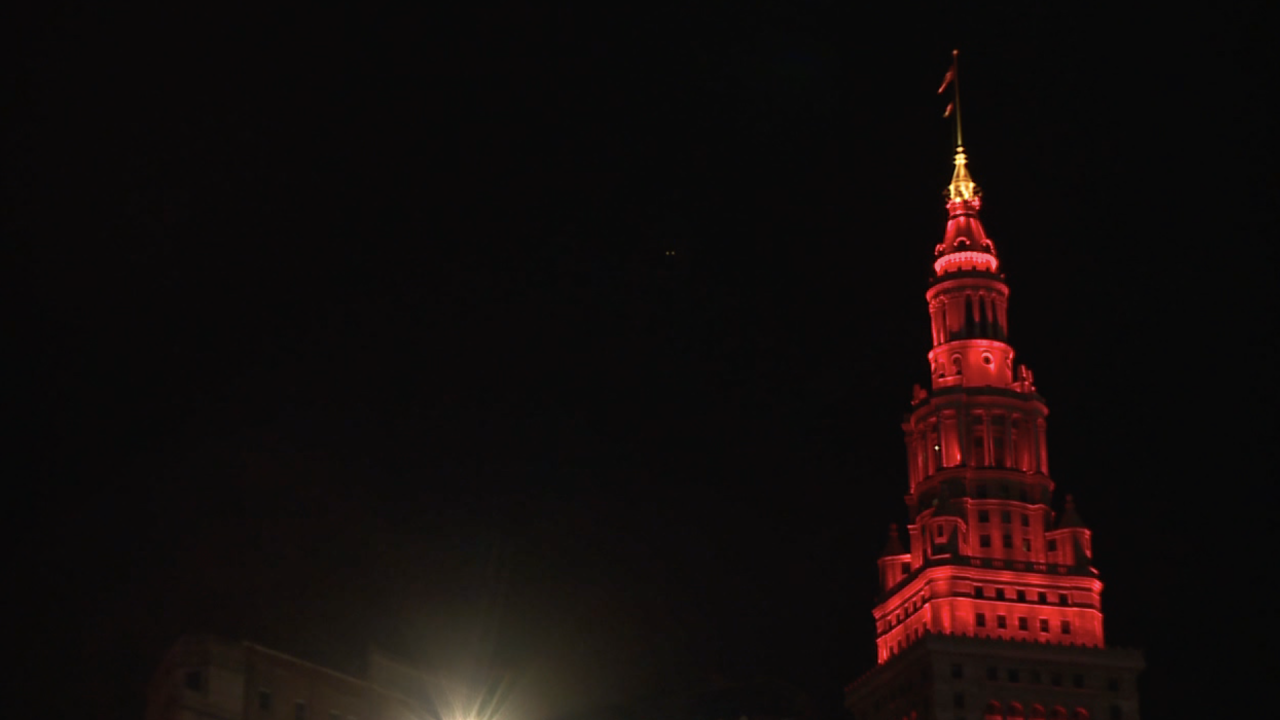 To support the Hilltoppers, Terminal Tower lit up in red Saturday night.

Chardon Local Schools expressed gratitude to the K&D Group, which owns the tower, for supporting the team.

The Hilltoppers are looking to complete their perfect season with a win over Columbus St. Francis DeSales at Paul Brown Tiger Stadium in Massillon.