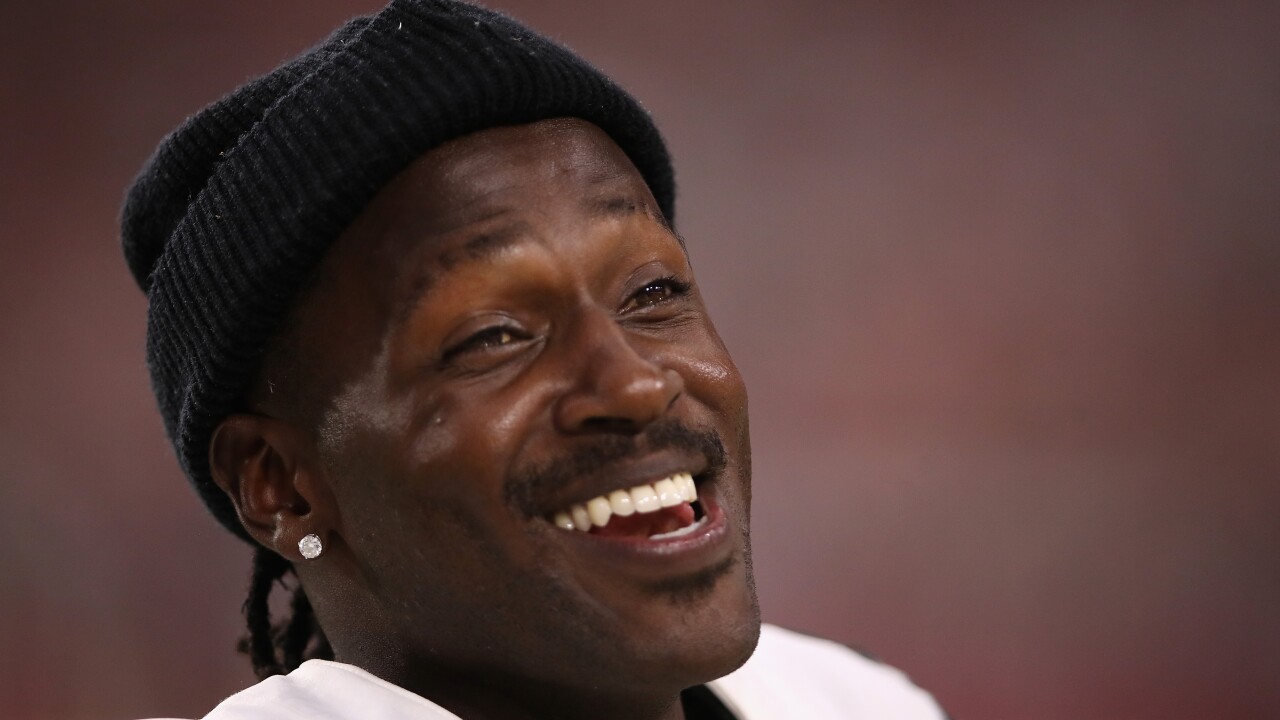 Wide receiver Antonio Brown has reportedly agreed to a deal with the New England Patriots just hours after being released by the Oakland Raiders, according to a report from ABC affiliate ESPN.

New England will give Brown a one-year, $15 million deal that includes a $9 million signing bonus, $10 million guaranteed and $5 million in incentives, the report said.

Just after news of the deal broke, Brown posted a photoshopped picture of himself in a Patriots uniform, essentially confirming the deal.

Brown's signing comes following a chaotic week with the Raiders.

After asking to be released a day after he apologized at a team meeting for getting into a nonphysical altercation Wednesday with Raiders general manager Mike Mayock, the team obliged.

Brown had posted a letter informing him he had been fined close to $54,000 by the team for missing time during preseason training camp to Instagram Wednesday.

The receiver, who is in his 10th NFL season, had missed time during training camp while he recovered from frostbite on his feet from doing cryotherapy—and while he was appealing to the NFL to use the same helmet he has used his entire career.