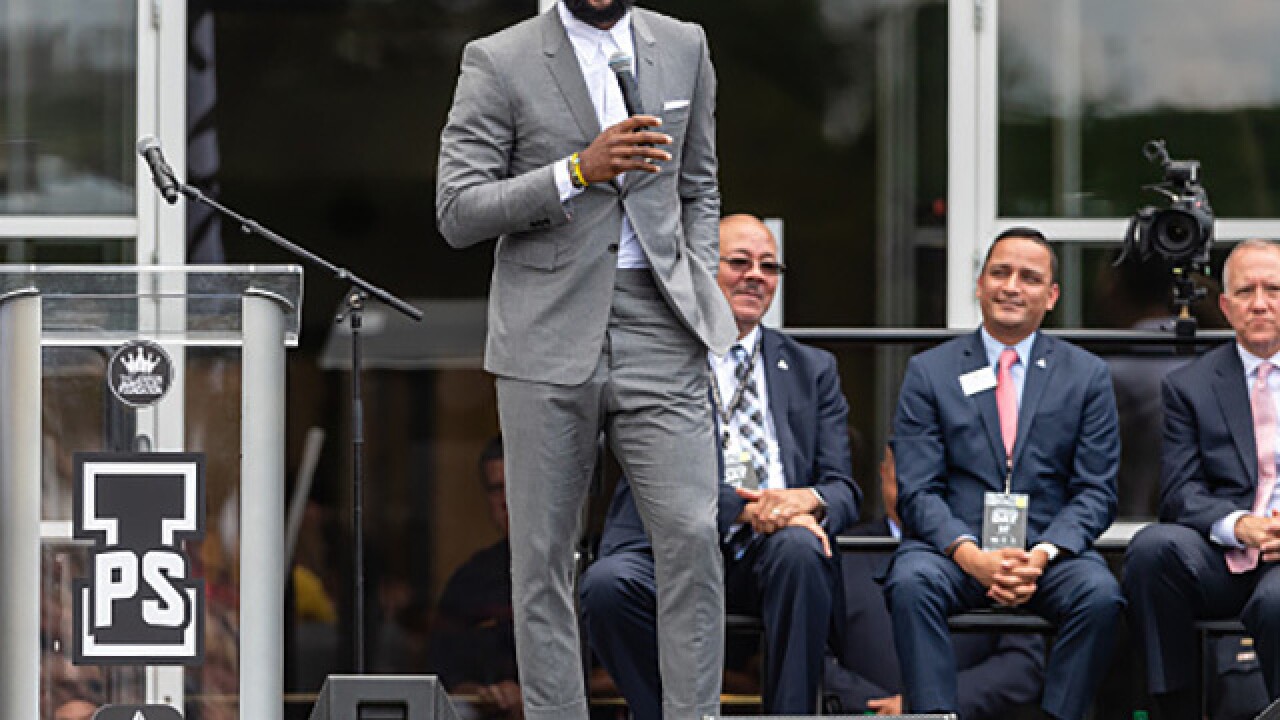 Image copyright 2018 Getty Images. All rights reserved. This material may not be published, broadcast, rewritten, or redistributed.
<p>AKRON, OH - JULY 30: LeBron James addresses the crowd during the opening ceremonies of the I Promise School on July 30, 2018 in Akron, Ohio. (Photo by Jason Miller/Getty Images)</p>

Turning insult into opportunity is what LeBron James is doing to spearhead his next business endeavor.

James announced on Monday that he is behind a three-part documentary series, "Shut Up and Dribble" airing on Showtime in October.  The series will look at the changing role of athletes in the current political and cultural climate.

The series' title references a dismissive remark by Fox News host Laura Ingraham. In February, she bashed James and Kevin Durant after the two got candid on the current political climate during a ride-along episode for UNINTERRUPTED.

"The number one job in America, the point of person is someone who doesn't understand the people and really don't give a **** about the people," James said.

Ingraham responded by saying, "This is what happens when you attempt to leave high school a year early to join the NBA and it's always unwise to get political advice from someone who gets paid $100 million a year to bounce a ball. Oh, and LeBron and Kevin, you're great players, but no one voted for you. Millions elected Trump to be their coach, so keep the political commentary to yourself or as someone once said 'shut up and dribble."

James is the executive producer of the series along with business partner Maverick Carter and his agent Rich Paul, according to ESPN. Gotham Chopra, who has worked on projects with Kobe Bryant, is directing the series.

His announcement for this new series comes days after President Trump criticized James for his appearance on CNN last week. The basketball star told the network's Don Lemon that the president has  "used sport" to "divide" people.

Lebron James was just interviewed by the dumbest man on television, Don Lemon. He made Lebron look smart, which isn’t easy to do. I like Mike!