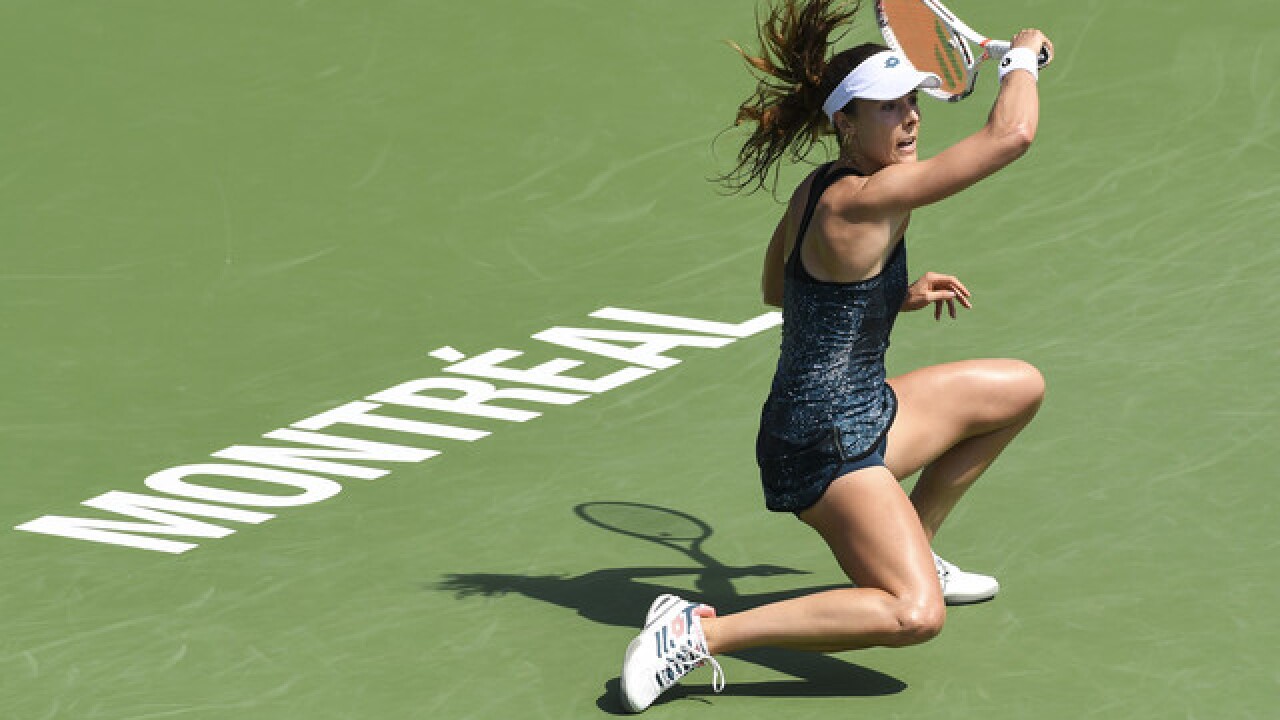 Copyright 2018 Scripps Media, Inc. All rights reserved. This material may not be published, broadcast, rewritten, or redistributed.
Minas Panagiotakis
<p>MONTREAL, QC - AUGUST 09: Alize Cornet of France hits a return against Ashleigh Barty of Australia during day four of the Rogers Cup at IGA Stadium on August 9, 2018 in Montreal, Quebec, Canada. (Photo by Minas Panagiotakis/Getty Images)</p>

The U.S. Open on Wednesday clarified its rules about players changing their shirts during a match a day after a women’s player was penalized for doing so.

The tournament said it regretted the code violation issued to Alize Cornet of France, a ruling that was criticized by players and fans who thought it was unfair to women because male players frequently do it.

“If I would say my true feelings, it would be bleeped out, because I think it was ridiculous,” two-time U.S. Open finalist Victoria Azarenka said. “It was nothing wrong. Nothing wrong. It wasn’t anything disrespectful. She literally changed her shirt because it was backwards. So I couldn’t believe this was a conversation.

“I’m glad they apologized, and I hope this never happens again.”

Cornet returned from a break in action during her loss Tuesday to Johanna Larsson with her shirt on backward. She took off the shirt and put it back on correctly while standing near the rear of the court and was given a code violation by chair umpire Christian Rask.

Yesterday, @AlizeCornet received unsportsmanlike conduct.
It wasn't for what you might think...

The penalty drew criticism on social media, with people — including Andy Murray’s mother, Judy — noting that men frequently change their shirts while sitting in their chairs during changeovers.

“The code violation that USTA handed to Alize Cornet during her first round match at the US Open was unfair and it was not based on a WTA rule, as the WTA has no rule against a change of attire on court,” the women’s tour said in a statement. “The WTA has always been and always will be a pioneer for women and women’s sports. This code violation came under the Grand Slam rules and we are pleased to see the USTA has now changed this policy. Alize did nothing wrong.”

US Open Statement on Change of Attire Policy pic.twitter.com/Kt7EcuPz1S

Cornet, who was playing in a doubles match Wednesday, was given no penalty or fine beyond the warning.

Last week, the French Tennis Federation president said the black catsuit outfit Serena Williams wore at the French Open this year would no longer be allowed. Williams said she had a good relationship with the French Open officials and that everything would be fine, but between that and the Cornet penalty, women’s players are upset.

“There is always a double standard for men and women. But we need to push those barriers,” Azarenka said. “And as players, as representatives of the WTA Tour, I believe we’re going to do the best we can to make sure that we are the most progressive sport and continue to break those boundaries, because it’s unacceptable. For me, it’s unacceptable.”