Traffic is mess for everyone driving in Cleveland right now. Here's why. 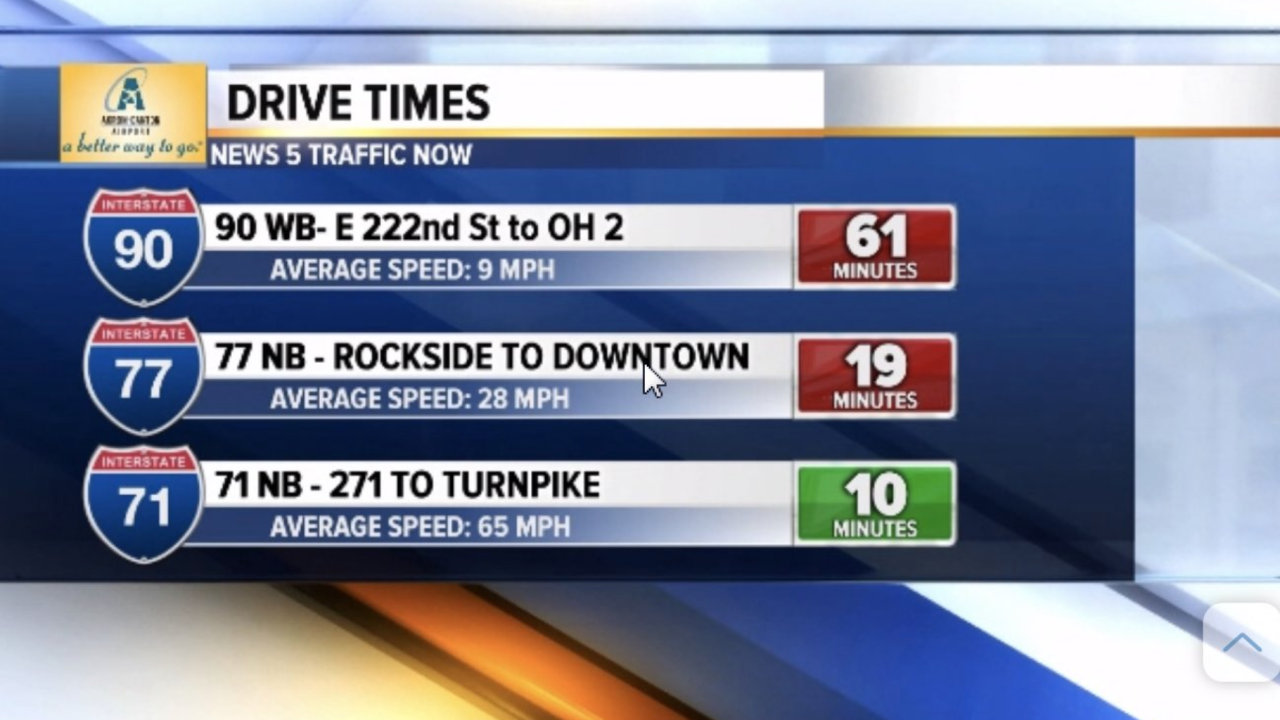 CLEVELAND — If you're on the road heading to work Wednesday morning, chances are you're stuck in some sort of traffic.

Both West Siders and East Siders are finding themselves stuck in traffic that is barely moving.

Watch out for an accident on 77 NB after Pleasant Valley in the right lane. MOVE OVER to the left to keep first responders safe. Please. #cleveland #traffic #WorkZoneSafety pic.twitter.com/Q8nBzXqQNB

Here are several major crashes that are impacting drivers: