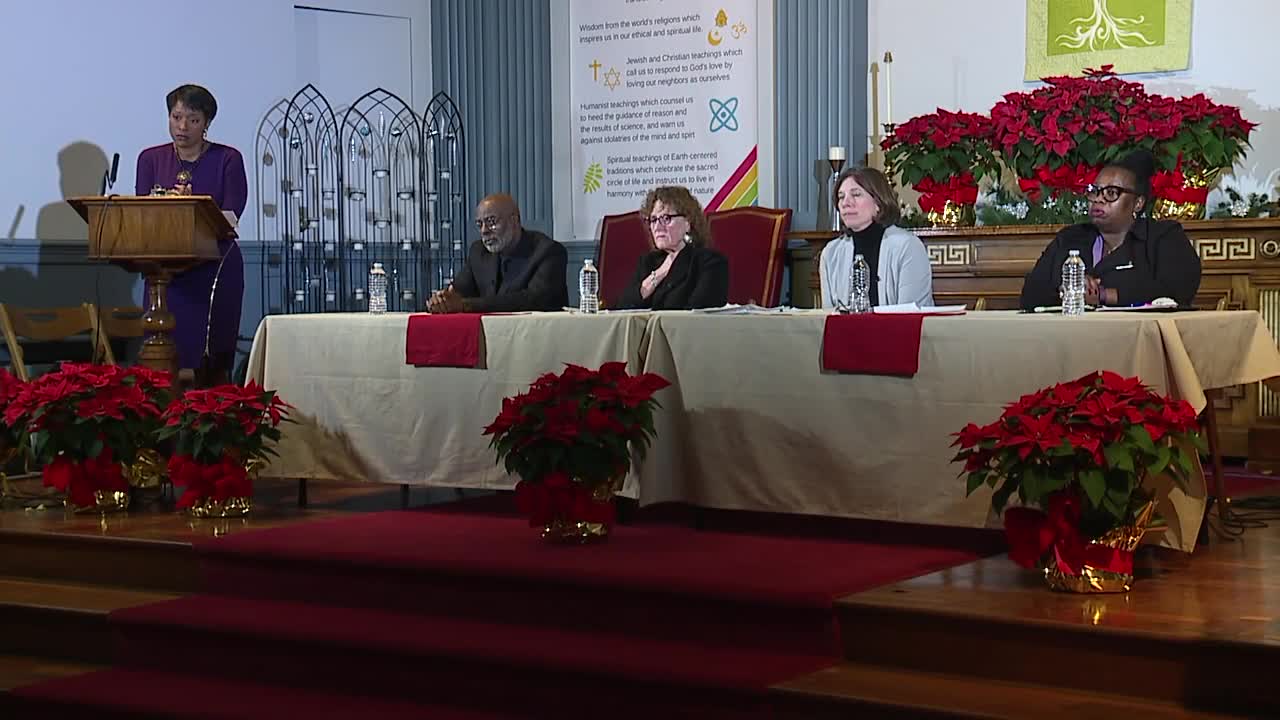 On Tuesday, Dec. 18 News 5 and anchor Danita Harris hosted “Domestic Violence: Voices for Change,” a public forum with experts and victims to address the problem of domestic violence in our community. 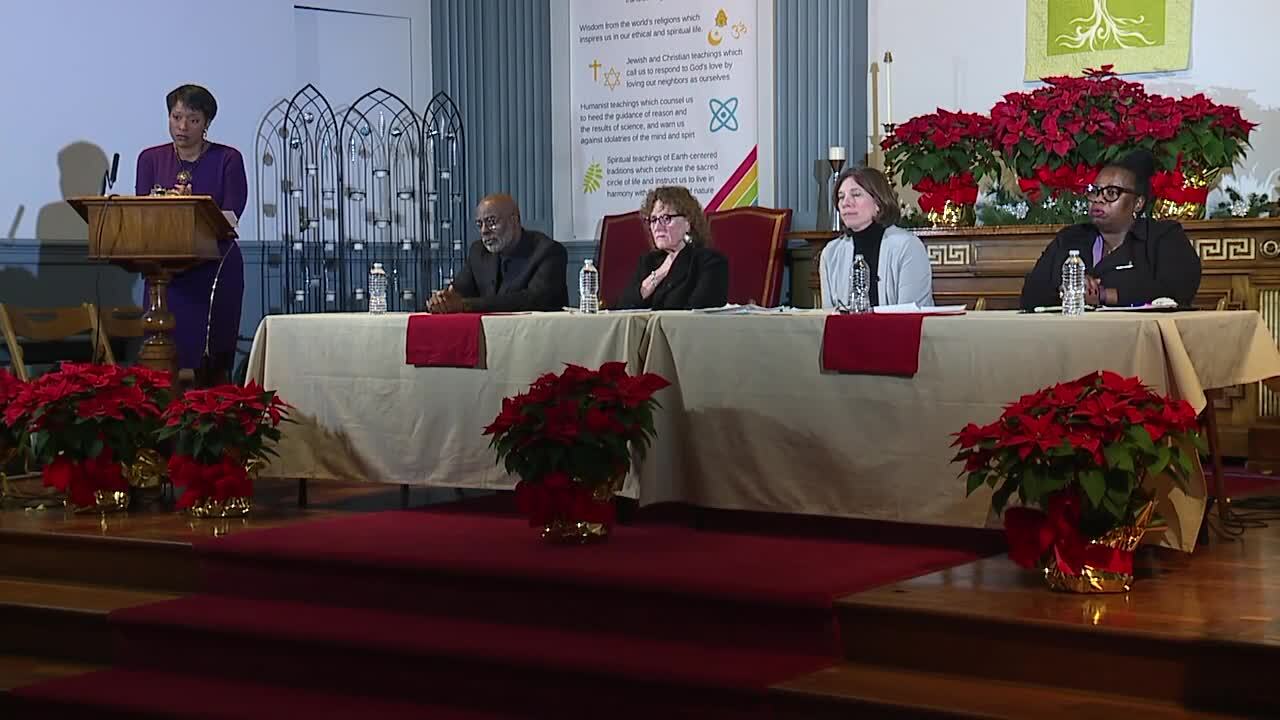 SHAKER HEIGHTS, Ohio — On Tuesday, Dec. 18 News 5 and anchor Danita Harris are hosting “Domestic Violence: Voices for Change,” a public forum with experts and victims to address the problem of domestic violence in our community.

Resources:
Below are some phone numbers and websites for victims of domestic violence to get help.

Locally, call 216-391-HELP to reach the Domestic Violence and Child Advocacy Center. It is available to call 24/7.

On the National Domestic Violence Hotline's website, learn about the "Relationship Spectrum," which shows where relationships are on the scale of healthy to unhealthy to abusive.

The organization loveisrespect.org provided a document outlining the different types of abuse in relationships, and the warning signs to watch out for.

Domestic violence is a major problem in Northeast Ohio. In 2016, News 5 published and aired "'til Death — Ohio Women at Risk," the culmination of a year-long News 5 investigation uncovering widespread and systemic failures in Ohio’s criminal justice system, placing women at increased risk for injury or death as a result of domestic violence.

One year later, News 5 investigatorsdug into the domestic violence murder of 22-year-old Kaitlyn Carroll Peak, and the critical missteps by police, prosecutors, sheriff’s deputies and court officials who failed to stop it from happening.

Most recently, News 5 has extensively covered the tragic stabbing death of sixth-grade teacher Aisha Fraser, and the arrest of her ex-husband, former Cuyahoga County Common Pleas judge Lance Mason, in connection with her death.

Last year, we investigated the tragic murder-suicide of an Akron woman that triggered an Amber Alert, but left the family with too many unanswered questions.

The panelists and experts who will be at the forum on Tuesday to speak about domestic violence in our community include:

Melissa Graves – The Chief Executive Officer of the Domestic Violence and Child Advocacy Center in Cleveland, Graves has devoted her career to working with vulnerable families and children. She served as the CEO of Lutheran Social Services in Washington DC and led a community collaborative to launch a community health and wellness facility in Bethesda, Maryland.

Joy A. Reid – A licensed professional counselor in Ohio who has worked as a criminal justice professional for over 29 years. Reid has worked as a therapist, parole services supervisor, and a adjunct psychology instructor at El Paso Community College and Indiana Wesleyan University.

Alexandria Ruden – Ruden is a senior attorney for the Legal Aid Society in Cleveland, specializing in domestic violence representation. She is a member of the Ohio Supreme Court Domestic Violence Advisory Committee and a board member of the Office of Criminal Justice Services Family Violence Prevention Center Advisory Council. Ruden serves as a member of the Ohio Supreme Court Sub-committee on Abuse, Neglect and Dependency, on the Cuyahoga County Domestic Violence Shelter Advisory Board and the Violence Against Women Act Allocations Committee.

Ronald Adrine - Adrine is a retired Cleveland Municipal Court Judge who has been appointed the Jurist-in-Residence at the Cleveland-Marshall College of Law. In 2017, he was inducted as an inaugural member of the C|M|LAW Hall of Fame.