INVESTIGATION: The murder of young Mansfield mother, killed by her abuser, could have been stopped 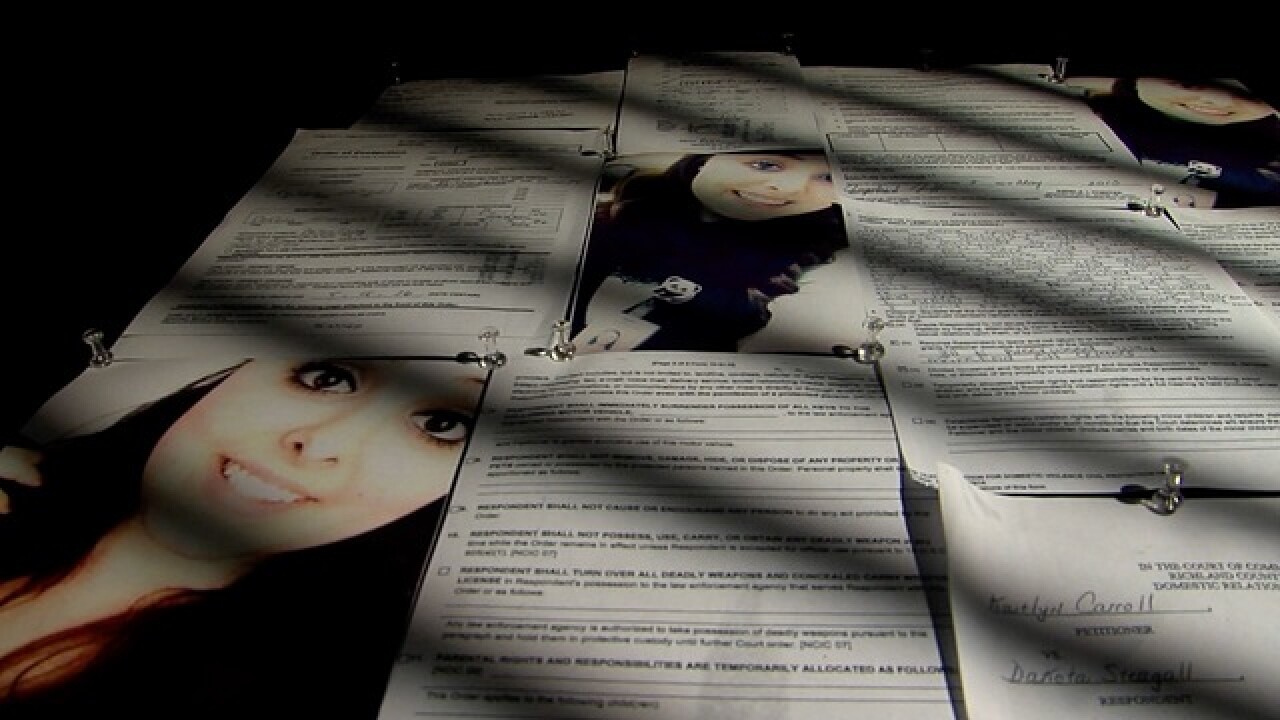 It was a tragic story that unfolded on the streets of Mansfield – a city best known for its historic prison featured in movies like the Shawshank Redemption.

It is also the city that 22-year-old Kaitlyn Carroll Peak called home. It’s where she worked a 9 to 5 job in a medical office while raising her 7-week-old daughter, Kinsley.

But on March 8, Kaitlyn’s ex-boyfriend Dakota Steagall, 20, made good on a promise he first made to Kaitlyn more than two years earlier.  Dakota shot Kaitlyn multiple times, left her for dead and kidnapped her daughter – before turning the gun on himself.

The murder-suicide triggered an AMBER Alert. Kaitlyn and Dakota’s families were left with unanswered questions. The News 5 On Your Side Investigative Unit spent nine months digging into the case.  Here’s how we did it.

News 5 first extensively chronicled what led up to the domestic violence murder in May.

But a 30-minute special report by News 5, titled, “Who Killed Kaitlyn?” examines not only what led up to the tragedy, but also the critical missteps by police, prosecutors, sheriff’s deputies and court officials who failed to stop it from happening.

Exclusive video, audio, photos and interviews obtained by News 5 provide a first-hand glimpse into the tragedy, and our special report pieces together the events with hopes that it will spur positive change.

News 5’s reporting has already prompted officials to commit to sweeping reform in Richland County. You can read about that here.

On March 9, after shooting Kaitlyn, Dakota led authorities on a chase that ended in Wooster.

Go inside the SWAT team’s efforts to apprehend him.

Kaitlyn was stalked, scared and threatened by Dakota for more than two years. Her call for help was among more than 1,000 every year in Richland County, according to data reported by police departments to the Ohio Attorney General’s Office.

But we found her abuser – like many – went unpunished and without treatment. Read more about that here.

In Richland County, there were a total of 52 felony cases filed in 2016. Among those: