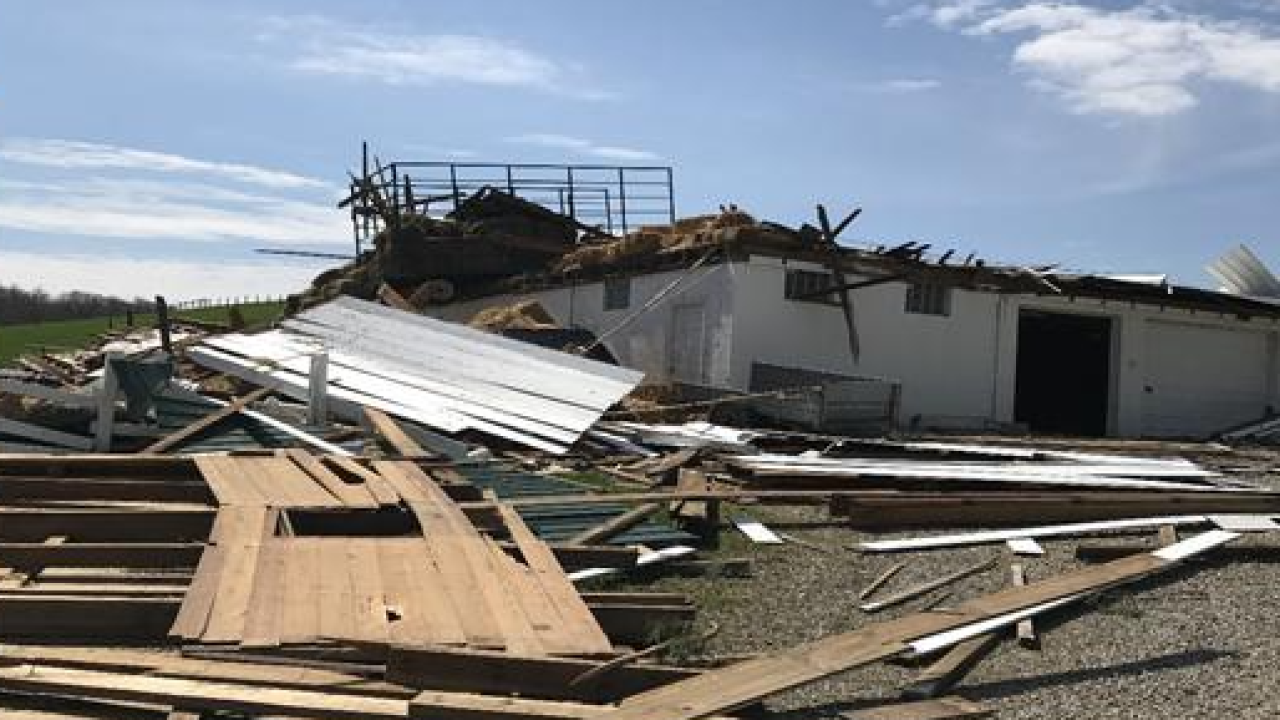 NWS Pittsburgh
Damage done by an EF-0 tornado that touched down in Tuscarawas County Sunday.

STARK COUNTY, Ohio — In addition to the EF-2 tornado that did significant damage to Richland County and injured at least six people, the National Weather Service has confirmed two smaller tornadoes touched down in our area Sunday.

An EF-0 tornado touched down briefly near Dover in Tuscarawas County Sunday evening, causing damage to a barn and snapping a few trees nearby, the National Weather Service confirmed.

The NWS’ storm survey confirmed the tornado touched down along Gasser Road near Dover at 5:49 p.m. The path of the tornado was less than half a mile, and the maximum width was 75 yards. No injuries were reported.

The top story of a two-story barn was blown down and a few nearby trees were snapped, the NWS in Pittsburgh stated in a tweet. Peak winds were 80 to 85 mph for the EF-0 tornado, which is the lowest intensity on the Enhanced Fujita scale.

The last tornado to strike Tuscarawas County was in July of 2013 – an EF-1 tornado traveled for 11 miles, but did not cause any deaths of injuries, according to the NWS.

Another EF-0 tornado was found and surveyed in Stark County near Canal Fulton, the NWS in Cleveland confirmed Tuesday.

The weak tornado was on the ground for about 3.6 miles, had a width of about 50 yards, and estimated maximum wind speeds of 75 mph. No injuries were reported from this tornado.