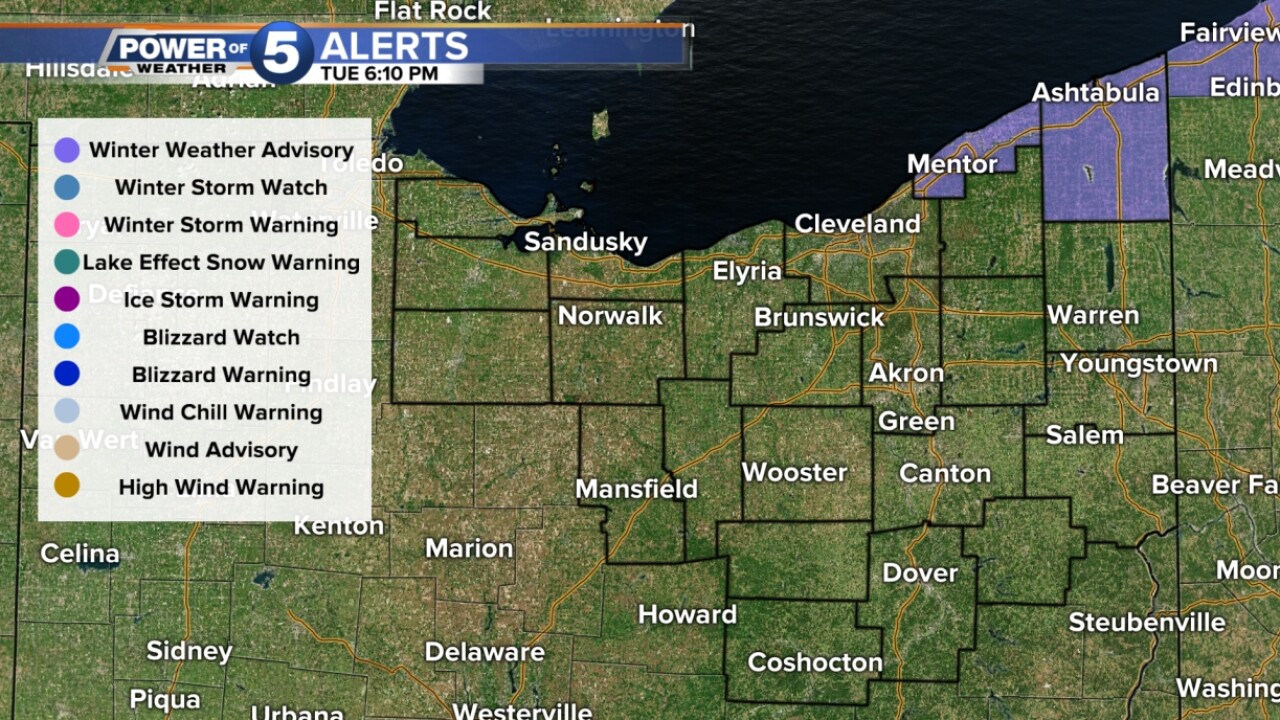 LAKE COUNTY, Ohio — Counties on Cleveland's east side will be getting hit with heavy snowfall Tuesday night.

The National Weather Service has issued a Winter Weather Advisory and a Special Weather Statement for Ashtabula and Lake counties.

The Special Weather Statement is in place until 9:30 p.m. An intense band of heavy snow is expected from Willowick to near Ashtabula.

Up to two inches of quick snow accumulation is possible. The NWS warns that visibility may rapidly drop to less than a quarter of a mile in some areas.

In addition, a Winter Weather Advisory is in place in these areas until 7 a.m. on Wednesday. Residents should prepare for 4-6 inches of snow.

LET IT SNOW! 5.8 inches of snow measured in Conneaut, OH as of 8:45 pm. More ready to pile up! WHERE THE SQUALL PERSISTS! #ohwx @wews @news5cleveland pic.twitter.com/3ytwPmVx7m

The Ohio Department of Transportation has reduced the speed limit to 50 mph in Lake County due to the snowfall.

Painesville has issued an emergency snow ban and more cities are likely to join them. To read the list of active snow parking bans, click here.