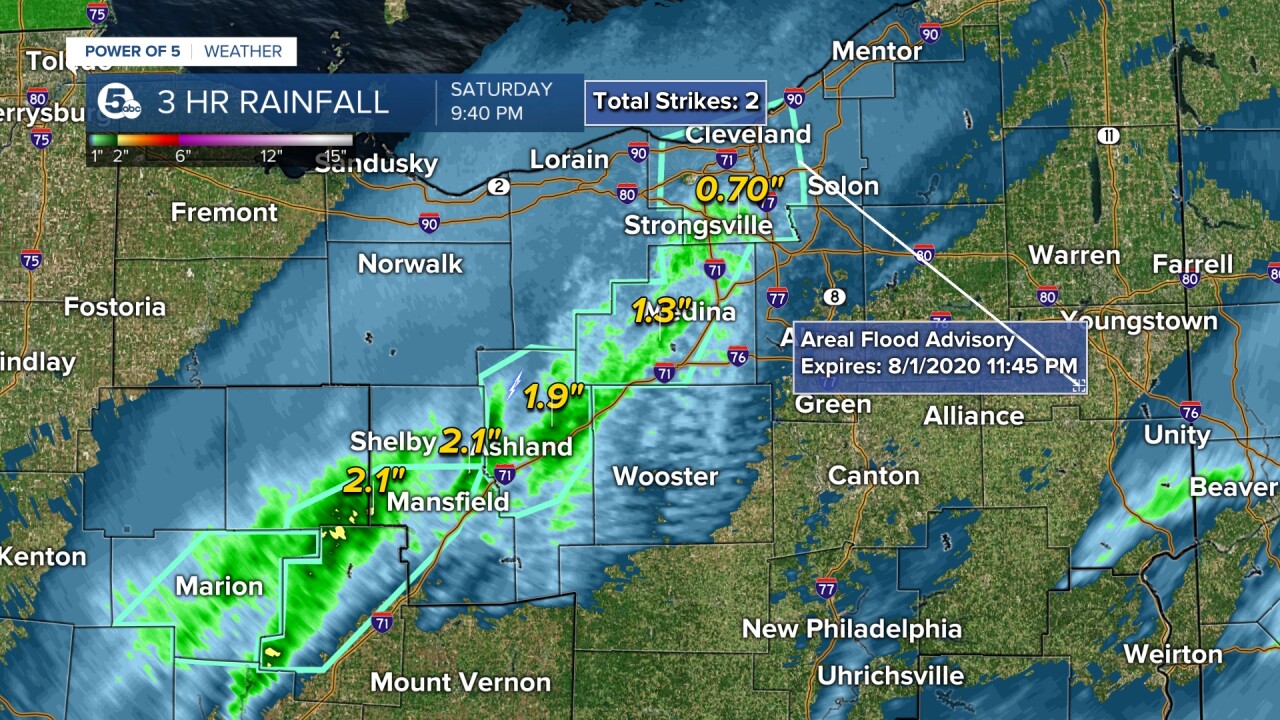 RICHLAND COUNTY, Ohio — A Flood Advisory has been issued for Medina, Ashland, Cuyahoga and Richland Counties due to heavy rain from evening thunderstorms on Saturday.

Some locations that will experience flooding include:

The National Weather Service said additional rainfall of one to two inches is expected over the area in the next several hours.