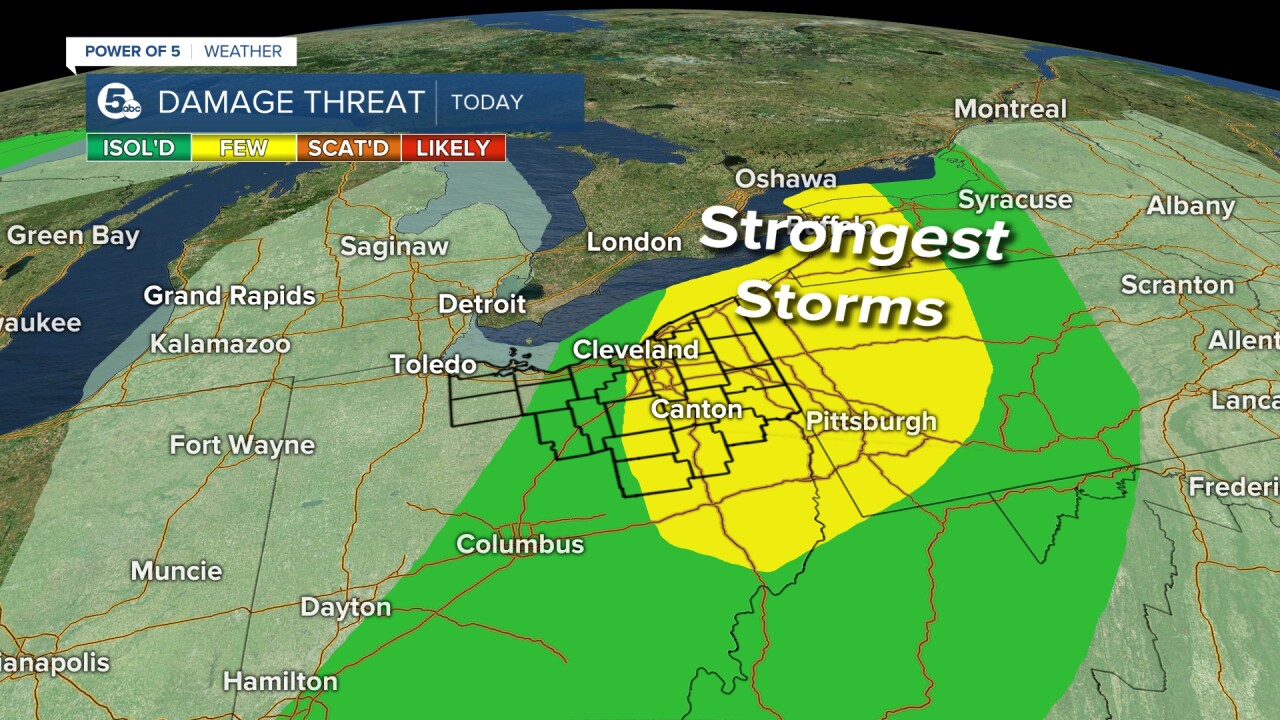 CLEVELAND — Update: The Severe Thunderstorm Watch has been canceled.

The National Weather Service has issued a Severe Thunderstorm Warning for Ashtabula County.

Wind gust up to 60 mph and penny size hail are possible, NWS said.

The watch is in effect until 9 p.m. tonight as storms could bring the potential for flooding and wind damage. Damaging wind gusts to near 70 mph are possible. Large hail 1 inch in diameter or greater is possible. An isolated weak tornado is possible closer to the Pennsylvania line.

The following counties under the watch include:

All of these storms will have heavy rain, making flash flooding the main concern. We can't forget about wind, though. The strongest storms will likely produce damaging wind gusts.