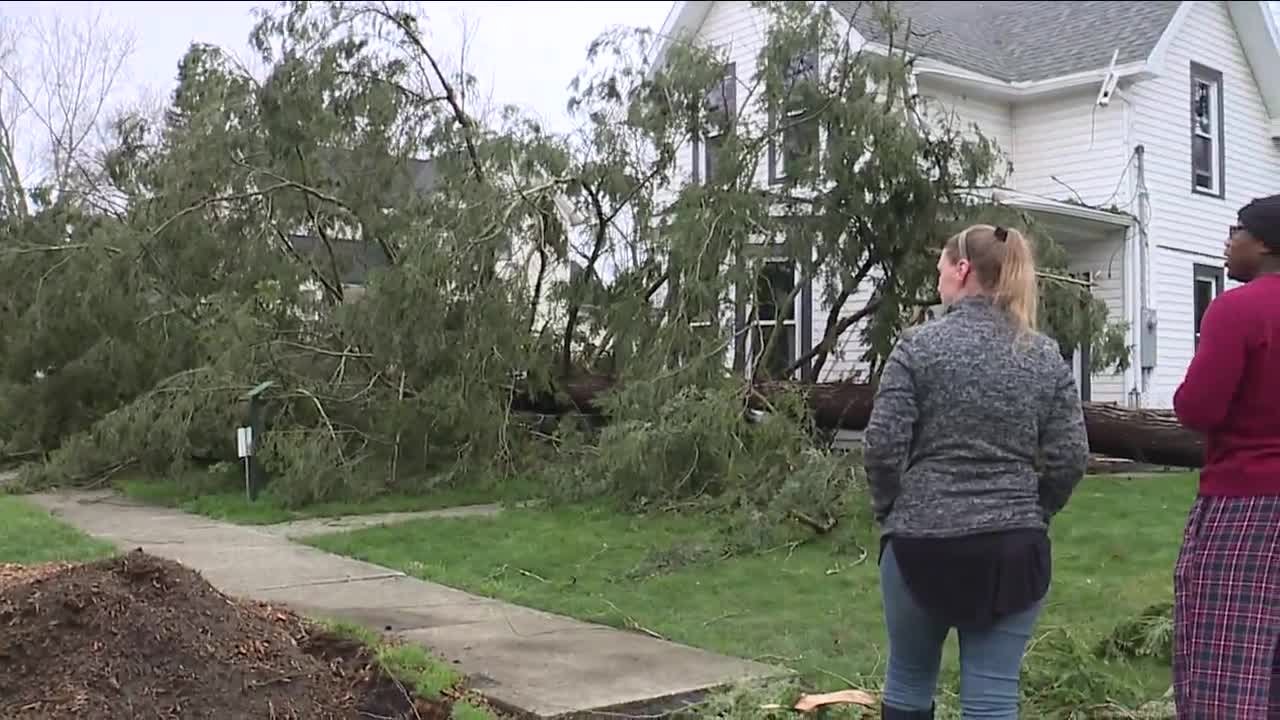 The National Weather Service has confirmed that a tornado touched down in Medina County Tuesday night and caused EF-1-level damage. 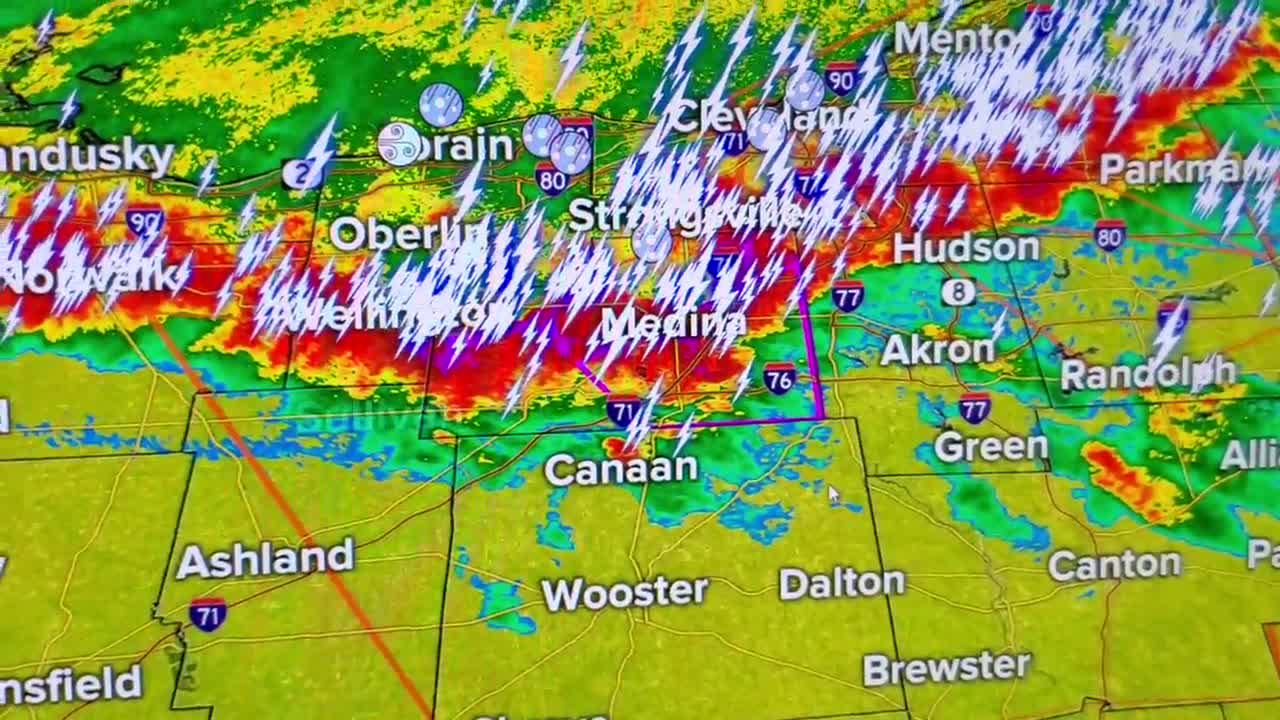 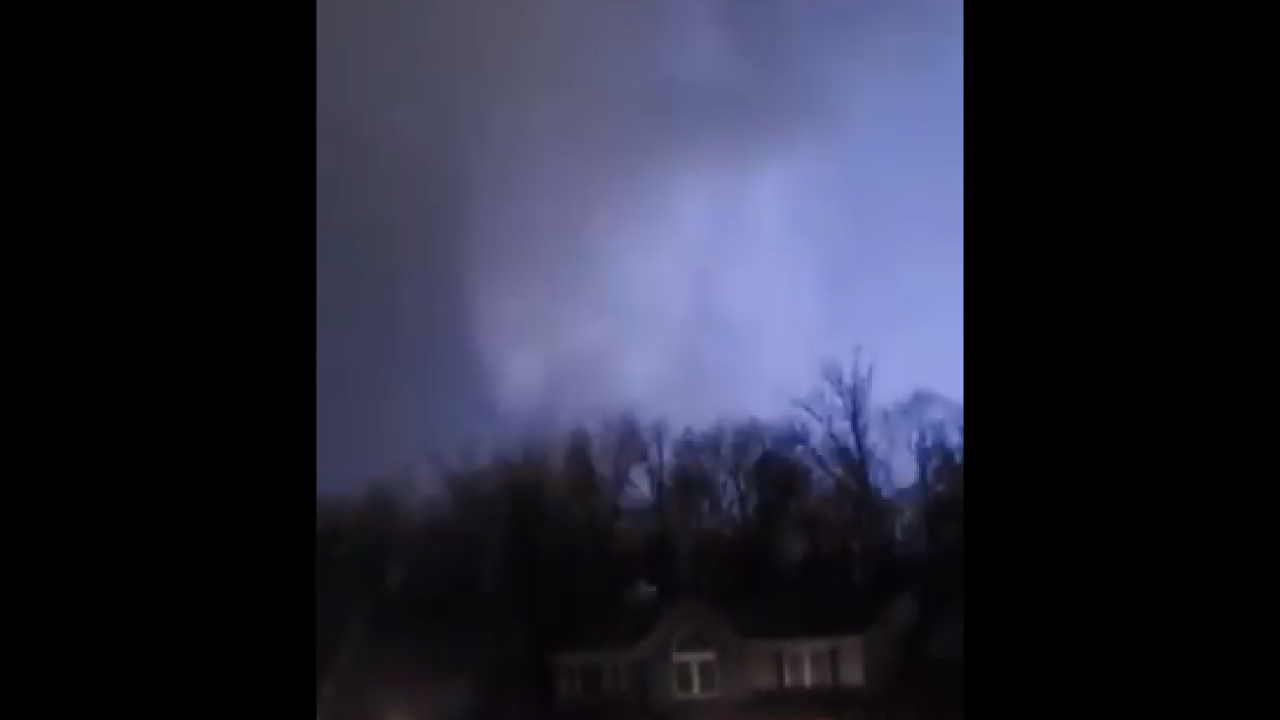 MEDINA, Ohio — The National Weather Service has confirmed that a tornado touched down in Medina County Tuesday night and caused EF-1-level damage.

A Twitter user captured dramatic footage of the tornado from Brunswick. The videos, shot by Jared Svoboda and posted just after midnight, show a funnel-shaped cloud seen from a Brunswick neighborhood, illuminated by streaks of lightning.

The NWS said their teams are still surveying damage, but confirmed Wednesday afternoon that the damage patterns in the county indicate that a tornado did touch down at around 11:30 p.m. Tuesday, causing mainly EF-0 damage. One pocket of EF-1 damage was confirmed, meaning wind speeds reached as high as 86 to 110 mph.

In Medina, several power lines and trees were knocked down damaging multiple homes.

The storm followed a northeast to southwest concentrated path with a width covering an area from approximately Highland Drive to a block or two south of Lafayette Road.

As of 7 p.m. on Wednesday, there were 2,279 power outages in the city and 4,243 in the county. Ohio Edison was planning to work throughout the night to restore electricity, according to Mayor Dennis Hanwell.

The city is asking residents to move all branches and limbs to the tree lawn or yard near the sidewalk for pickup.

Before the confirmation from NWS, News 5 meteorologist Trent Magill said Wednesday morning that the videos may show a tornado, but it is not clear from the footage if there are rotating winds that would indicate a tornado.

A Tornado Warning was in effect Tuesday night for Stark, Summit, Wayne and Medina counties. Brunswick is in Medina County.

More than 49,000 residents across Northeast Ohio are without power after severe weather