RELATED: What to expect as lake effect snow could bring 7-12 inches to parts of Northeast Ohio

Two snow squalls have now been spotted on our radar. A snow squall is a moderately heavy snowfall with blowing snow and strong, gusty surface winds. 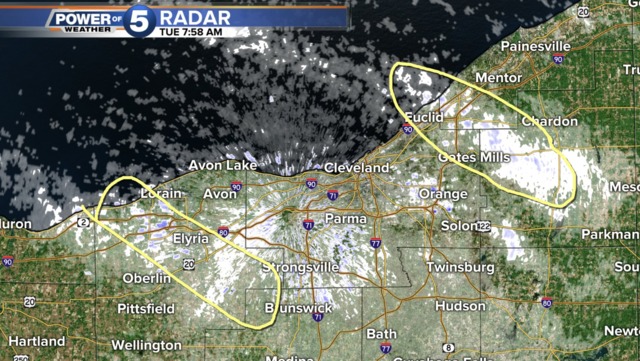 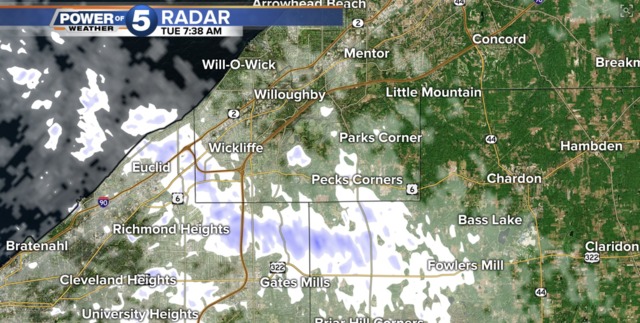 The roads are relatively cleared with some slick spots. While most of the area is snow-free, a snow band can pop up and drop a quick coating on the roads. 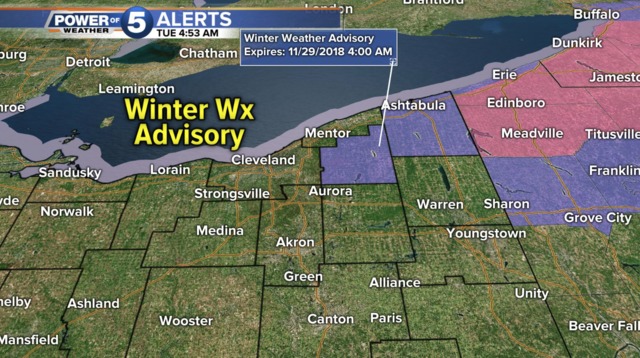 If you're heading towards Akron, Twinsburg or the Macedonia area, road conditions are clear as of 6 a.m. Over near Mayfield Heights, roads are also relatively clear with a light dusting in some spots.

South Akron and west of Lorain should expect a dusting at best. Snow totals will be less than an inch in most spots, with areas of the snowbelt seeing anywhere from 2 to 7 inches.

The roads on 271 are clear and just look wet, but keep an eye out for slick spots. This car went off the highway, up a hill and hit a pole near 422. pic.twitter.com/5k4umwS5NK

As of 3 a.m., ODOT had more than 600 crews out plowing and treating the roadways across the state.

Spent time on the roadways this morning tracking your morning commute. This is 77N by the Pershing Ave exit. Roads are looking good for your drive in. If you see any ODOT trucks salting please give them enough room. They’re working to keep you safe. pic.twitter.com/4HDHk1hrtF