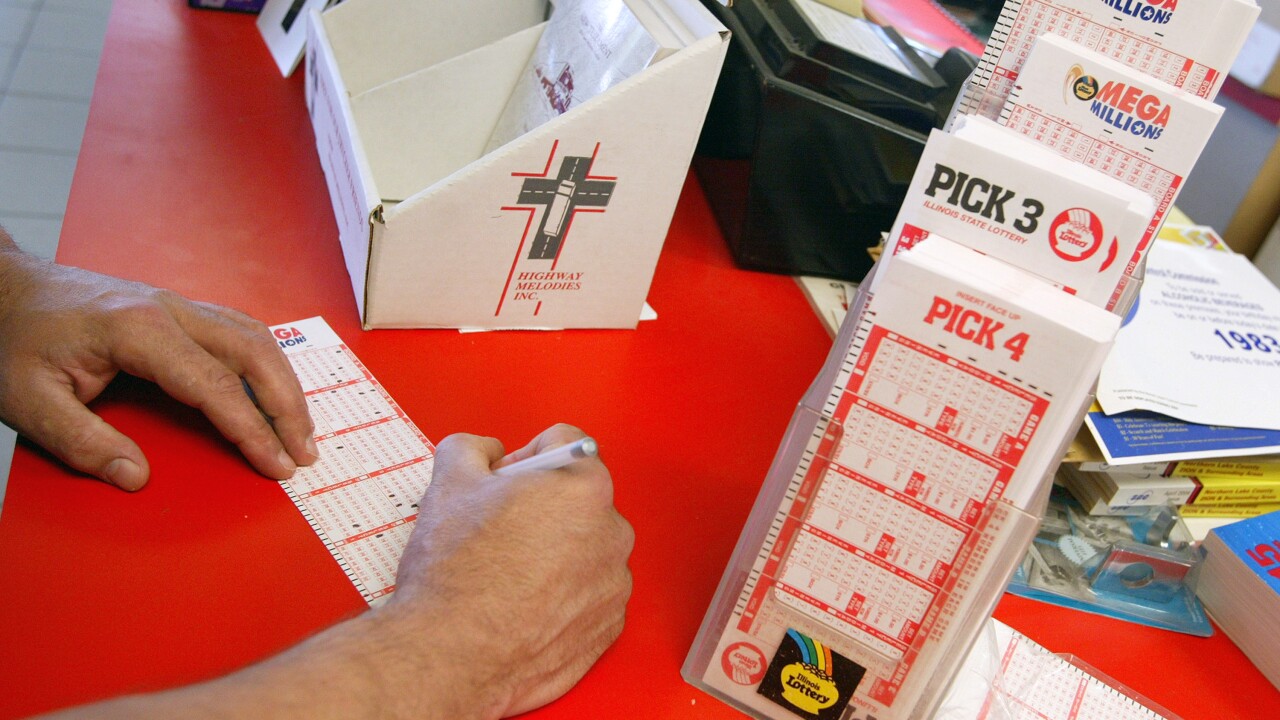 Tim Boyle/Getty Images
RUSSELL, IL - JUNE 29: Patrick Herdeman from Wauwatosa, Wisconsin fills out his Mega Millions lottery ticket June 29, 2004 at a Citgo gas station in Russell, Illinois on the border of the state of Wisconsin. With the anticipation of Tuesday's Mega Millions drawing, lottery forecasters have revised the estimated jackpot upward to $220 million. Mega Millions is not played in Wisconsin as players have to drive into Illinois. The game is played in Georgia, Illinois, Maryland, Massachusetts, Michigan, New Jersey, New York, Ohio, Texas, Virginia and Washington. (Photo by Tim Boyle/Getty Images)

Someone in Ohio started off the new year a whole lot richer.

One $1 million ticket was sold in Ohio, three in New York, one in South Carolina and another one in Texas.

One ticket sold in New York matched all six numbers in Tuesday's Mega Millions drawing worth an estimated $425 million.

This is the fifth time the jackpot has been drawn on the first day of a new year, but only one other -- in 2008 -- has had a winner, according to CNN.

Mega Millions is played in 44 states as well as Washington, D.C., and the US Virgin Islands. The odds of winning the jackpot are 1 in 302 million.