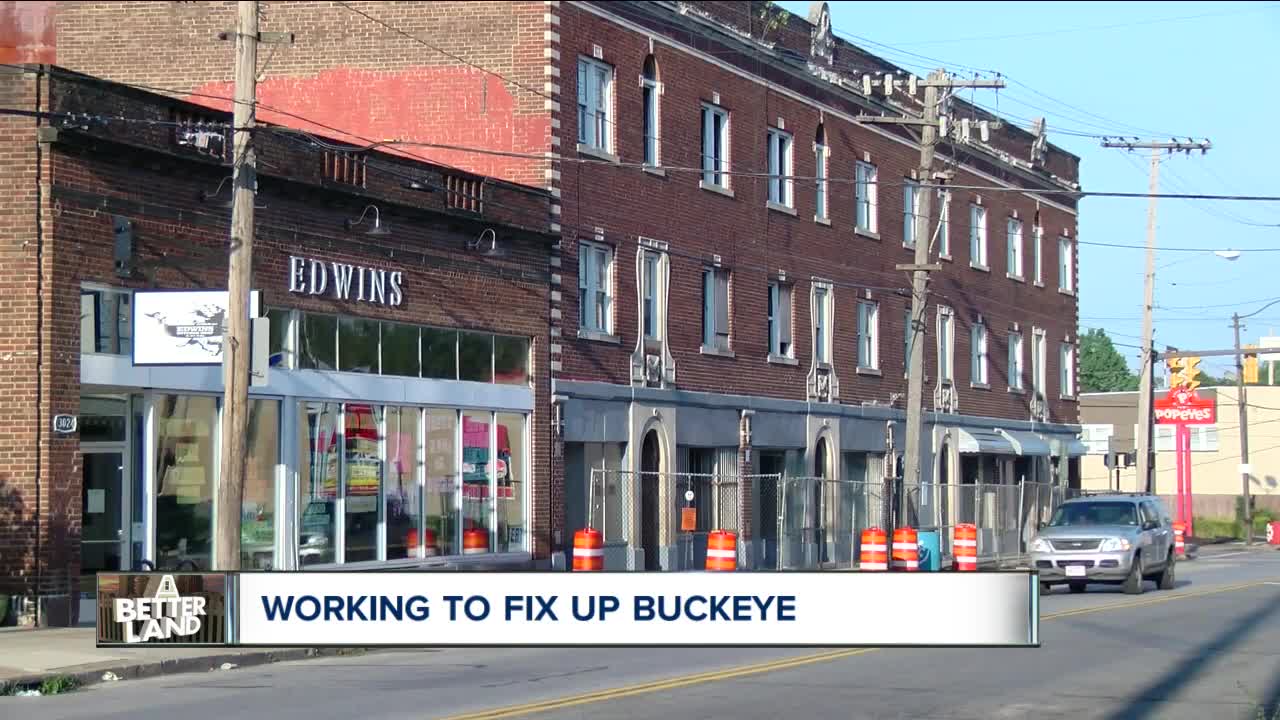 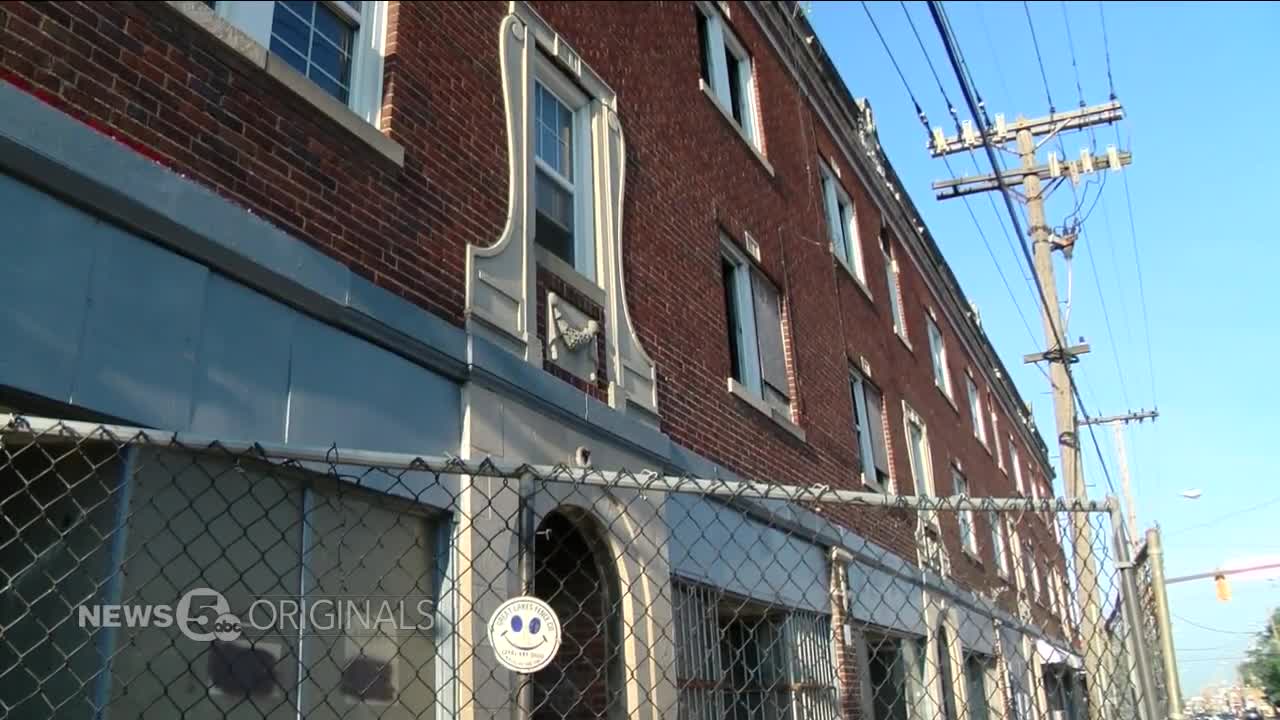 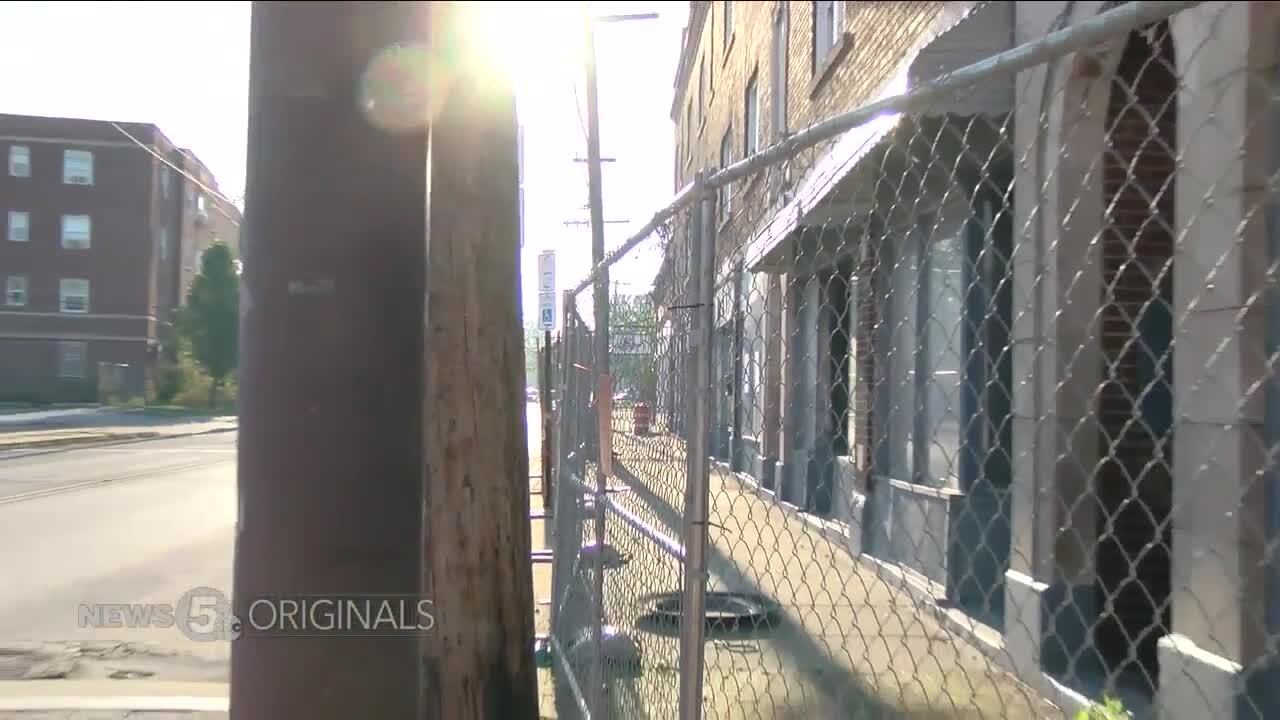 CLEVELAND — EDWINS Restaurant on Shaker Square is well known for its work in giving ex-offenders a second chance by teaching them the skills for a career in the culinary industry. But the workers aren't the only ones EDWINS Leadership and Restaurant Institute is giving a second chance. The Buckeye-Shaker neighborhood has been the beneficiary of a significant investment with the institute's skills center and recently opened butcher shop and just announced plans for a bakery.

"The amount of investment pumped into here has been well over $3 million dollars," said EDWINS Founder Brandon Chrostowski.

That's why he's been frustrated by the lack of movement when it comes to the property to the west of his butcher shop on Buckeye Road.

"It was condemned in '14 and since then, it sits like this and in fact it gets worse," Chrostowski said pointing to the fencing that has been put up around the building forcing the closure of the sidewalk.

"With the falling sandstone you have your senior citizens walking on eastbound Buckeye, which isn't the safest place to be," he said.

Chrostowski was in Cleveland Housing Court last week for a pre-trial hearing between the city prosecutor and an attorney for the previous owner of the building, which was sold at the beginning of August.

Though the building was sold, the Western Reserve Land Conservancy's Jay Westbrook said the previous owner is "still responsible for the matters for which he was cited."

Westbrook, a former Cleveland City Council president, was there representing the community in calling for the court to demand action be taken.

"There's been considerable efforts by residents and the community to improve that district and a lot of work has been done except for this one property that has sat there like a smoldering cauldron of toxicity," he said.

The attorney for the previous owner said in court that his client was originally going to tear down the building 13000 Buckeye Road but began working to save it at the request of the city but ran into setbacks.

Westbrook acknowledged as a whole that the red tape involved in fixing up a property in Cleveland has likely played into delays.

"The street joke in Cleveland is it's far easier to run down and create a condemned property than it is to fix up and improve a property," he said. "We need to turn that formula around. It needs to be hard to abandon a property, hard to bleed it, hard to dump it on to the community and easy and streamlined to fix it up."

Westbrook is hopeful the city and the court will see that the right thing is done on Buckeye. Chrostowski is hopeful, too.