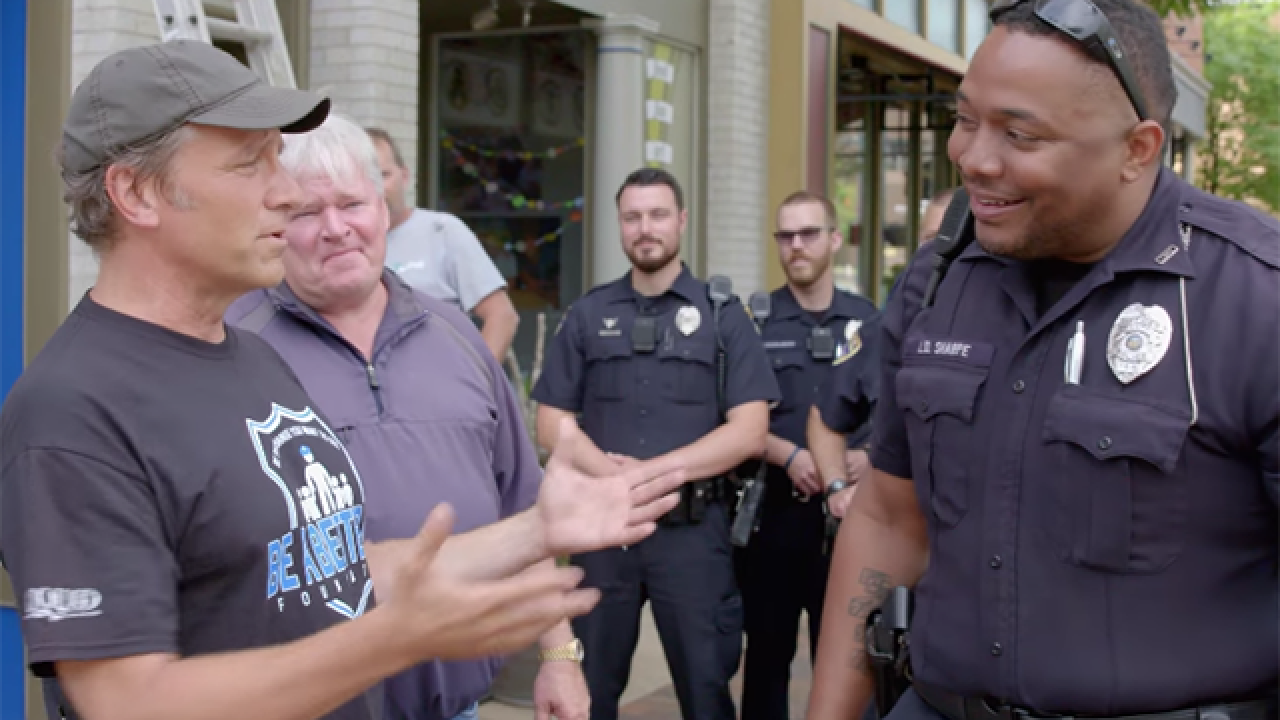 CANTON, Ohio — A Canton police officer and community hero, who became a social media sensation, was awarded a Community Salute Award from the Ohio Senate on Friday afternoon.

Officer LaMar Sharpe has been a community staple for years, founding the A Better Me foundation, volunteering with the Young Scholars Mentorship Program, and even holding the role of assistant varsity football coach at McKinley High School.

His selfless acts were recognized by Mike Rowe, the former host of Discovery Channel’s “Dirty Jobs”, on his new show that runs exclusively on Facebook called “Returning the Favor.”

The Ohio Senate acknowledged Sharpe’s charities and extracurricular activities for the Canton community and said he is admired by his community.

To your additional credit, you have figured prominently in the civic affairs and the charitable activities of your community, and it is no surprise that your character and commitment have won you a host of admirers

In numerous circles, both professional and public, your name has been synonymous with vision, vitality, and you can be proud that your diligent efforts have inspired many who know you to dedicate themselves similarly.