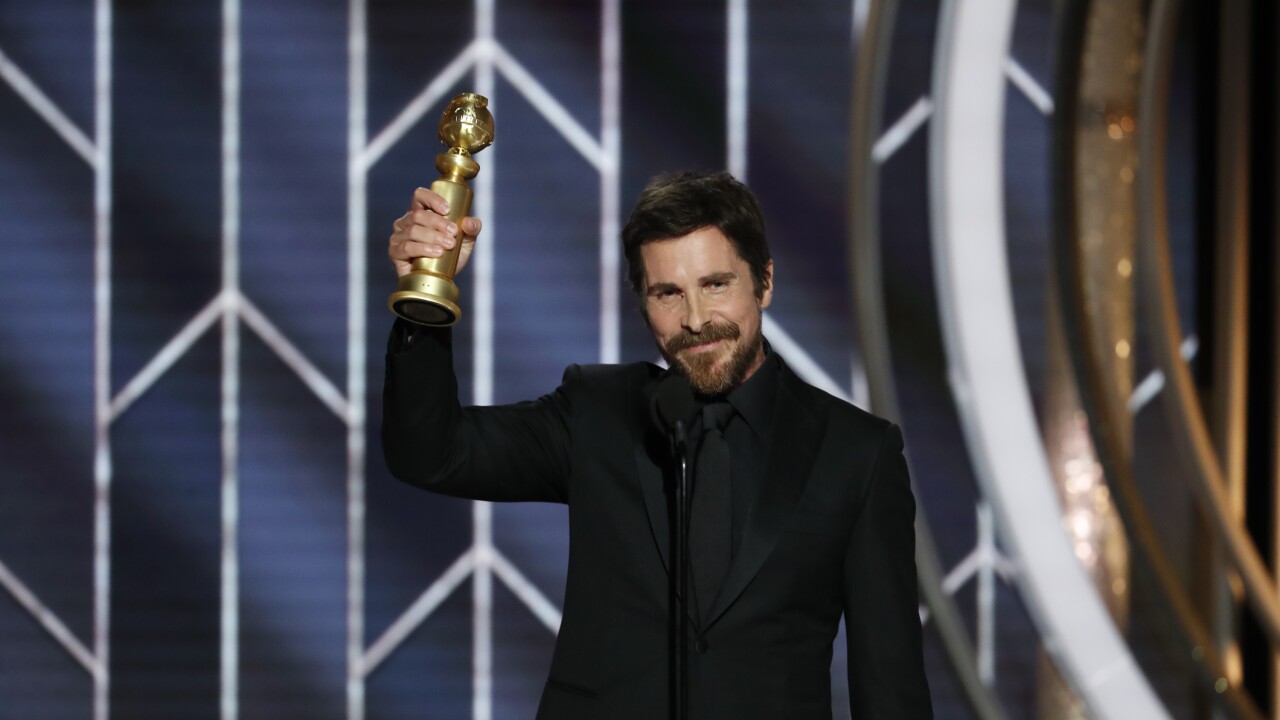 Politics were largely absent from the ceremony Sunday at the Beverly Hilton Hotel in Beverly Hills, California, before Bale took the stage for winning best actor in a musical or comedy for his lead performance in Adam McKay's "Vice."

"What do you think? Mitch McConnell next?" joked the Welsh-born actor, referring to the Senate's majority leader. "Thank you to Satan for giving me inspiration for this role."

Bale's role in "Vice" portrayed the life of the former vice president, particularly during his time in George W. Bush's administration.

The comments were made during the 76th Annual Golden Globe Awards.